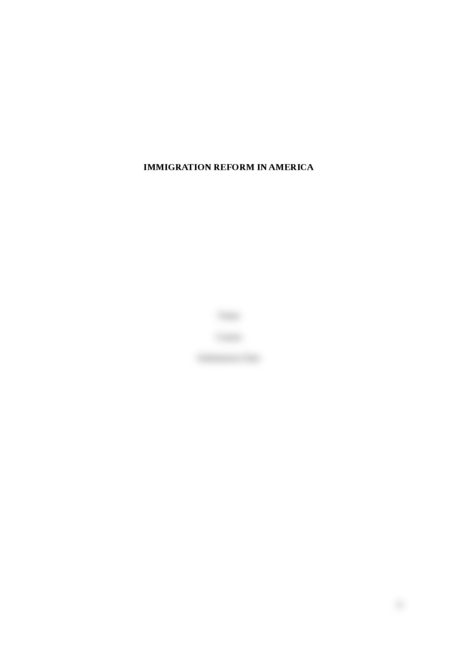 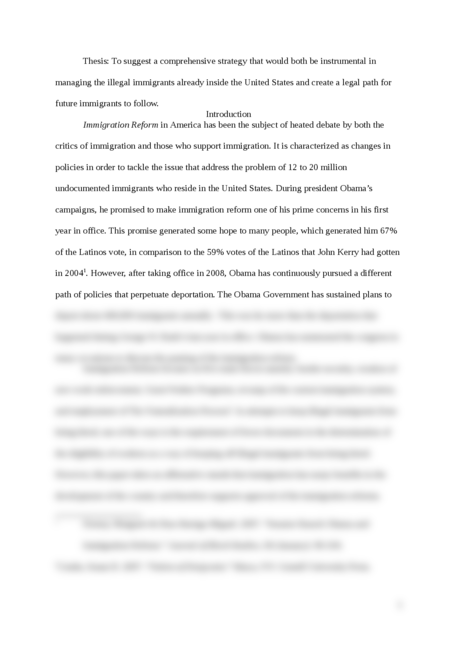 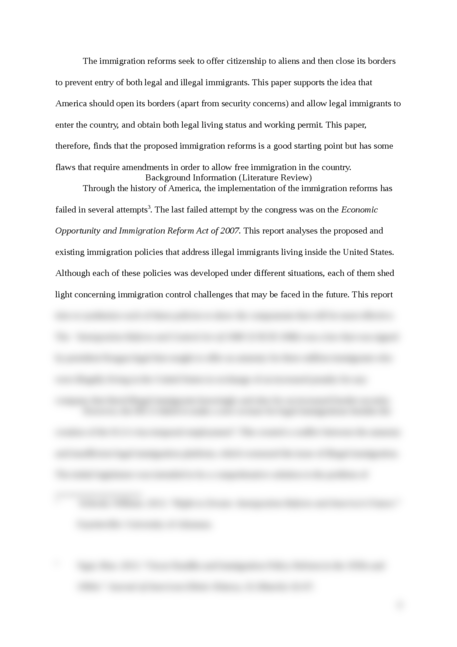 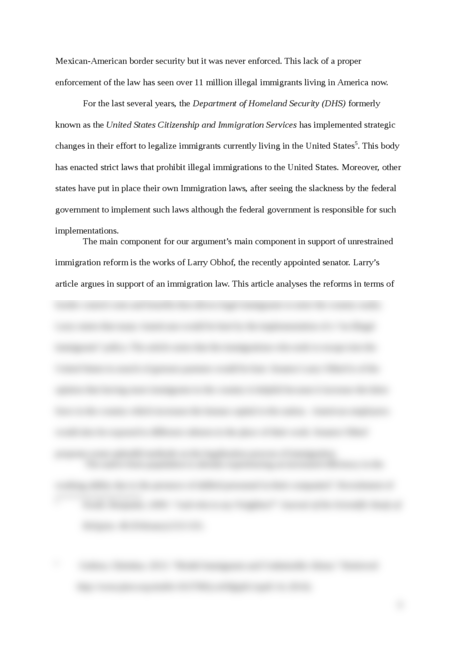 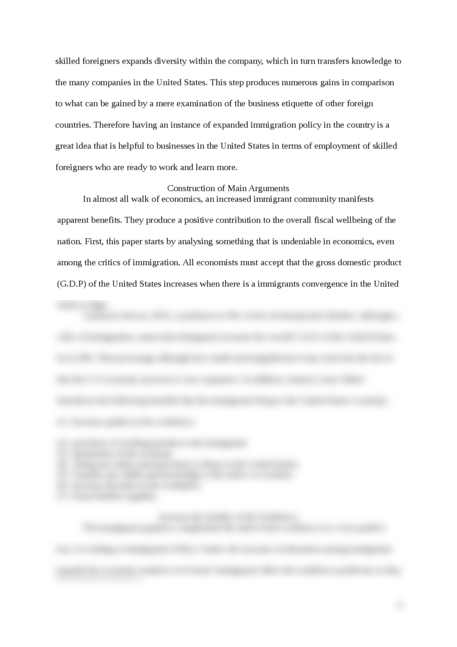 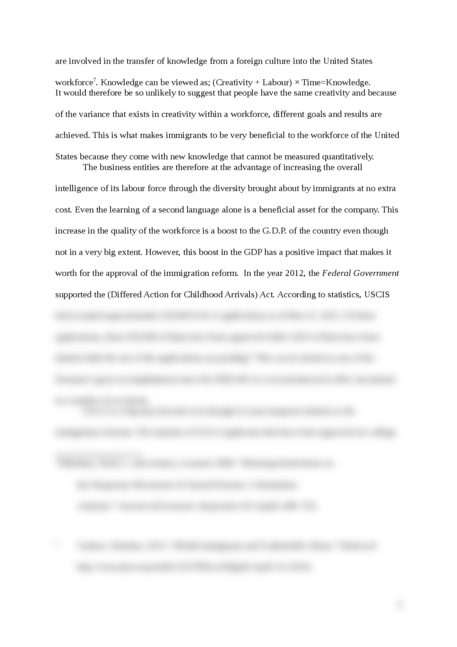 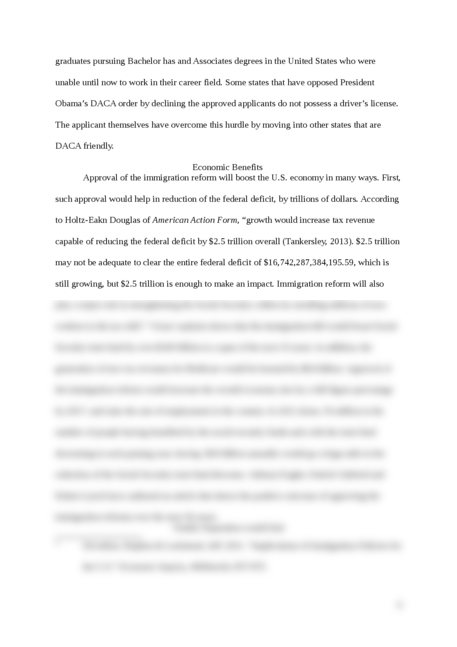 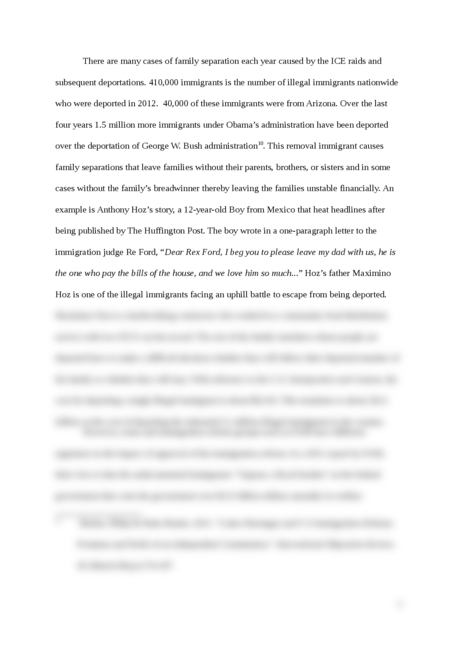 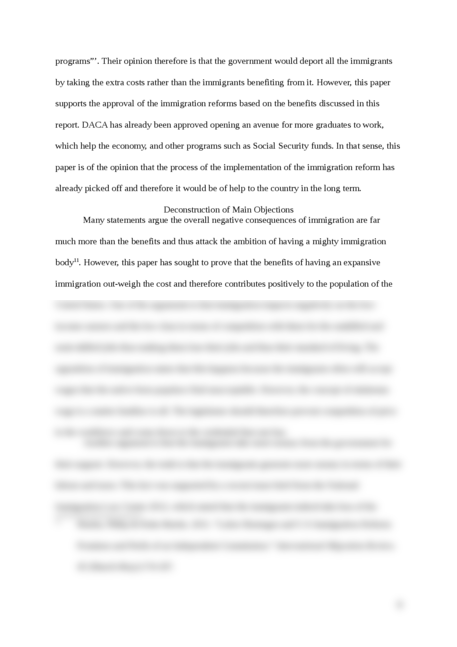 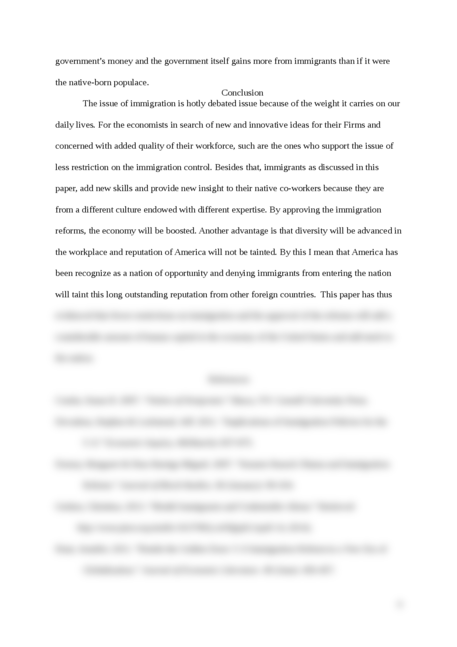 The final paper will ask students to write a research paper in which the students will research and prepare an answer to a particular question. Students will

Dr. Colón must first approve the questions. For the literature review, I will ask that you conduct research from academic journals and books. The paper must be at least 15 pages long and cite at least 10 articles -- preferably more.

A great source of journal articles will be the reference pages of each of the articles that we will read in class. Another great source is www.jstor.org, which has many of the top journals in the collection.

You must use the APSA style manual for all references/citations. The APSA Style Guide for citing Internet sources can be found at: http://library.stmarytx.edu/acadlib/subject/misc/eldoapsa.htm

Thesis: To suggest a comprehensive strategy that would both be instrumental in managing the illegal immigrants already inside the United States and create a legal path for future immigrants to follow.

Immigration Reform in America has been the subject of heated debate by both the critics of immigration and those who support immigration. It is characterized as changes in policies in order to tackle the issue that address the problem of 12 to 20 million undocumented immigrants who reside in the United States. During president Obama’s campaigns, he promised to make immigration reform one of his prime concerns in his first year in office. This promise generated some hope to many people, which generated him 67% of the Latinos vote, in comparison to the 59% votes of the Latinos that John Kerry had gotten in 2004. However, after taking office in 2008, Obama has continuously pursued a different path of policies that perpetuate deportation. The Obama Government has sustained plans to deport about 400,000 immigrants annually.  This was far more than the deportation that happened during George W. Bush’s last year in office. Obama has summoned the congress in many occasions to discuss the passing of the immigration reform.