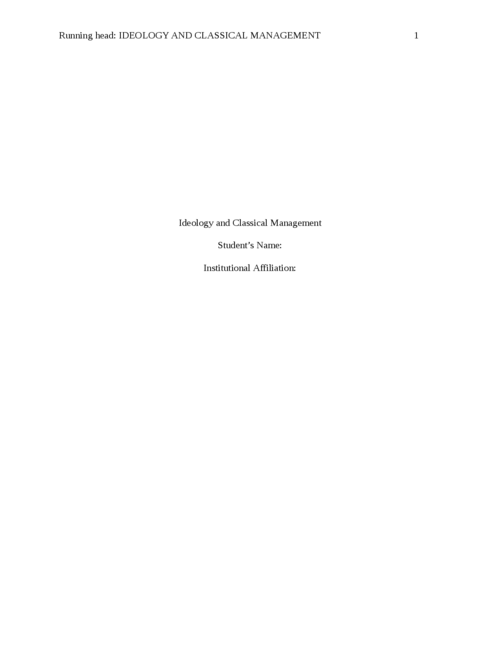 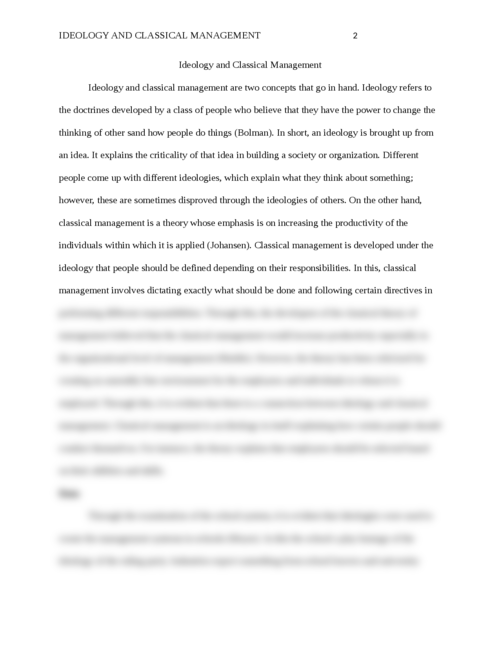 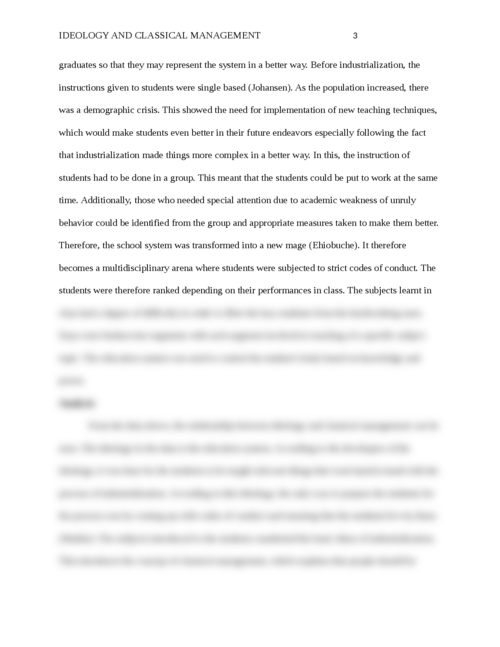 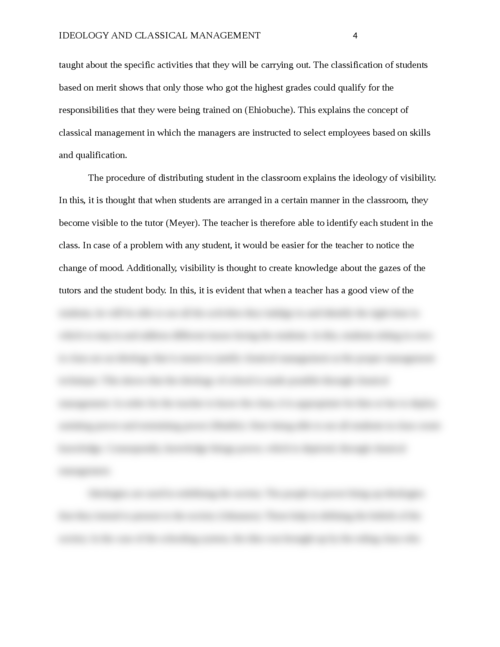 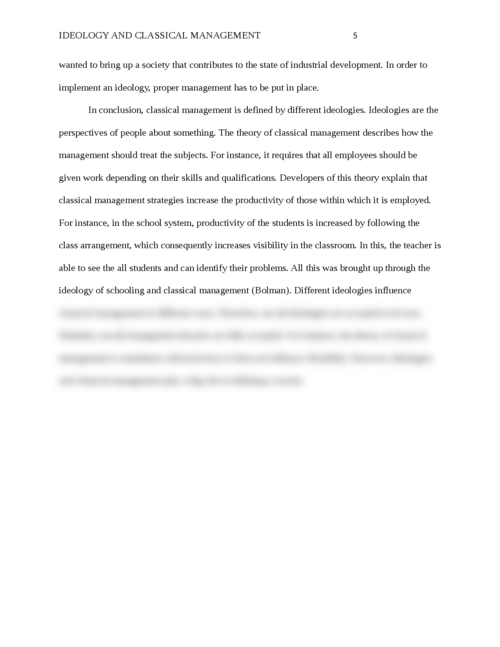 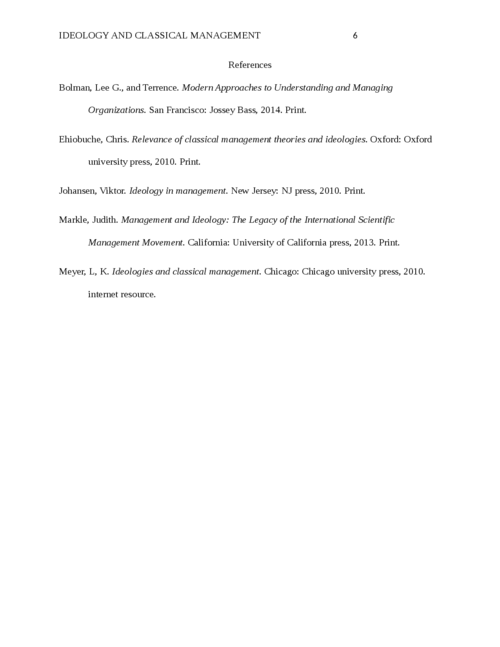 Write a paper on Ideology and Classical Management

Ideology and classical management are two concepts that go in hand. Ideology refers to the doctrines developed by a class of people who believe that they have the power to change the thinking of other sand how people do things (Bolman). In short, an ideology is brought up from an idea. It explains the criticality of that idea in building a society or organization. Different people come up with different ideologies, which explain what they think about something; however, these are sometimes disproved through the ideologies of others. On the other hand, classical management is a theory whose emphasis is on increasing the productivity of the individuals within which it is applied (Johansen). Classical management is developed under the ideology that people should be defined depending on their responsibilities. In this, classical management involves dictating exactly what should be done and following certain directives in performing different responsibilities. Through this, the developers of the classical theory of management believed that the classical management would increase productivity especially in the organizational level of management (Markle). However, the theory has been criticized for creating an assembly line environment for the employees and individuals to whom it is employed. Through this, it is evident that there is a connection between ideology and classical management. Classical management is an ideology in itself explaining how certain people should conduct themselves. For instance, the theory explains that employees should be selected based on their abilities and skills.