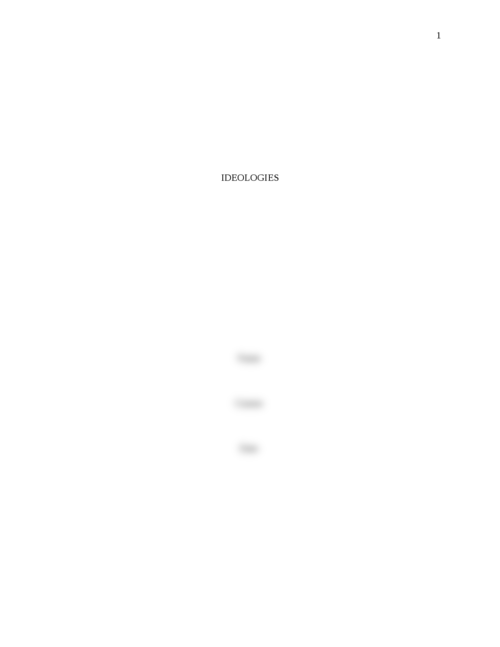 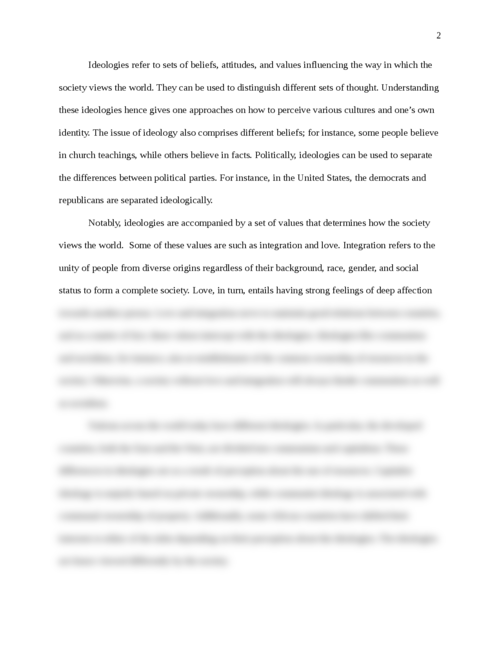 Regardless of which one I ask, I want a definition of the term and what you should give me is probably not more than a couple of sentences to tell me what an ideology is, . In doing so, make your definition precise enough that I can’t use it for all three terms. I will count off if the definition is way to broad and way too general. In addition, what I would ask you on ideology – I would ask you about the two major core values that define ideologies (we talked about those in class) – tell me what those two are and what they mean. Show me instances where they are considered important or not important. Also, show me how those inner values intercept with such ideologies as communism, socialism, branchism, liberal conservative and so on. Finally, I would possibly have you take a contempory issue (give an example of an issue or I would give you one) and tell me what is the liberal point of view on that issue, what is the conservative point of view, and why do they think that way.

Ideologies refer to sets of beliefs, attitudes, and values influencing the way in which the society views the world. They can be used to distinguish different sets of thought. Understanding these ideologies hence gives one approaches on how to perceive various cultures and one’s own identity. The issue of ideology also comprises different beliefs; for instance, some people believe in church teachings, while others believe in facts. Politically, ideologies can be used to separate the differences between political parties. For instance, in the United States, the democrats and republicans are separated ideologically.