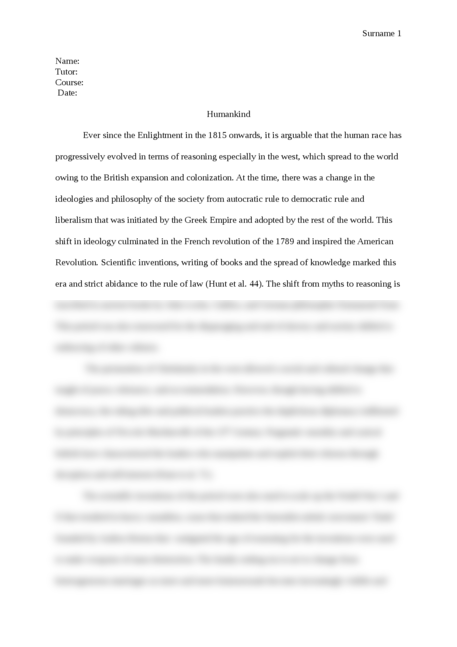 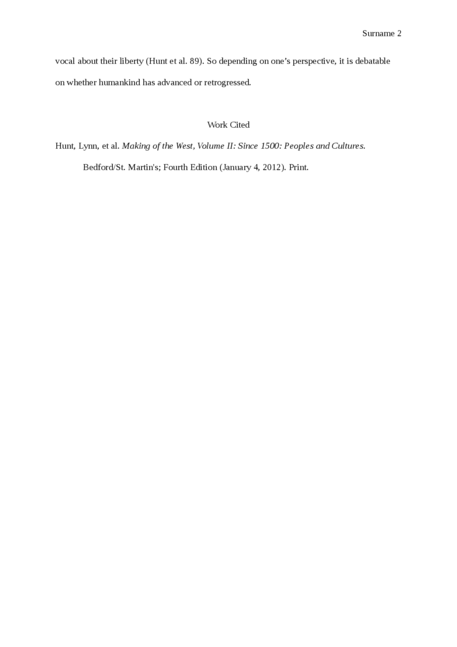 This essay is to be written in MLA format

Ever since the Enlightment in the 1815 onwards, it is arguable that the human race has progressively evolved in terms of reasoning especially in the west, which spread to the world owing to the British expansion and colonization. At the time, there was a change in the ideologies and philosophy of the society from autocratic rule to democratic rule and liberalism that was initiated by the Greek Empire and adopted by the rest of the world. This shift in ideology culminated in the French revolution of the 1789 and inspired the American Revolution. Scientific inventions, writing of books and the spread of knowledge marked this era and strict abidance to the rule of law (Hunt et al. 44). The shift from myths to reasoning is inscribed in ancient books by John Locke, Galileo, and German philosopher Emmanuel Kant. This period was also renowned for the disparaging and end of slavery and society shifted to embracing of other cultures.