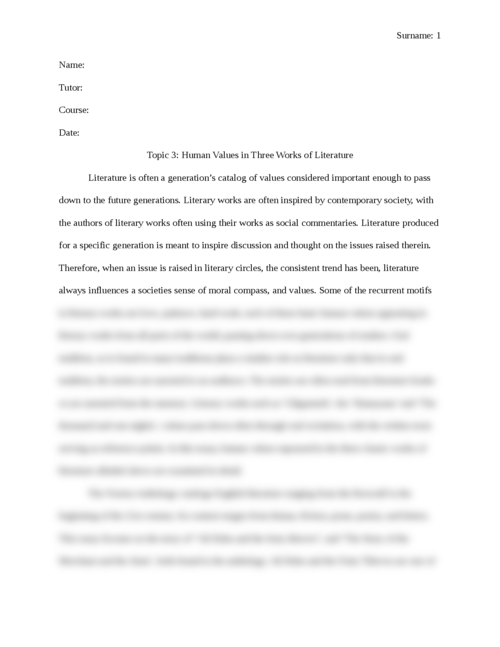 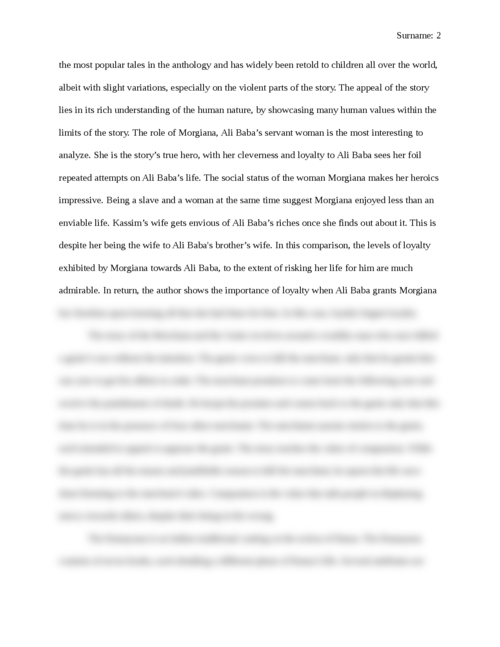 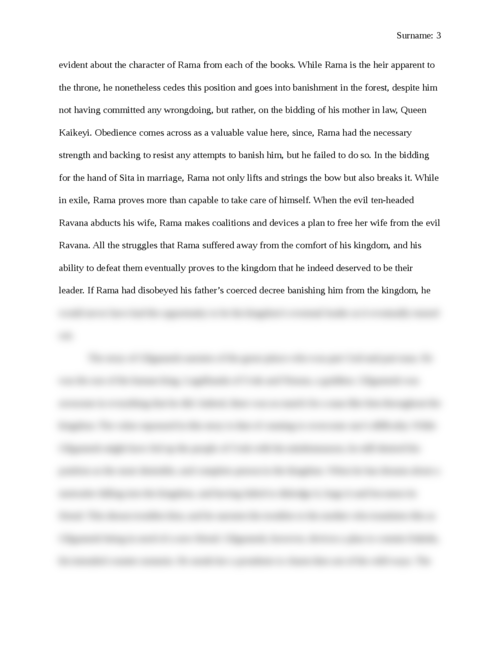 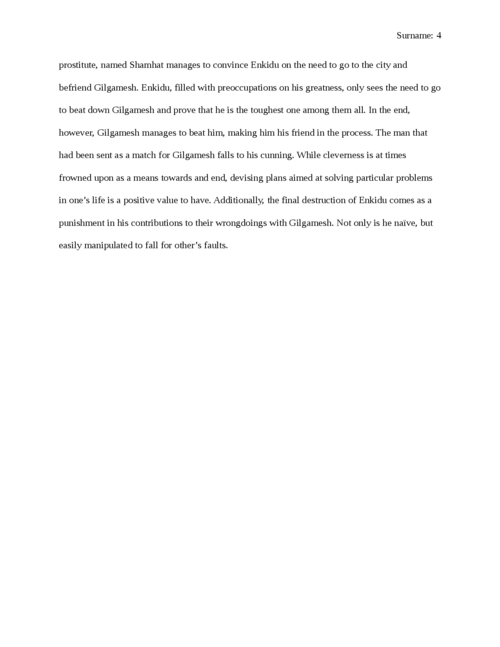 Write a paper on human values in three works  of literature

Literature is often a generation’s catalog of values considered important enough to pass down to the future generations. Literary works are often inspired by contemporary society, with the authors of literary works often using their works as social commentaries. Literature produced for a specific generation is meant to inspire discussion and thought on the issues raised therein. Therefore, when an issue is raised in literary circles, the consistent trend has been, literature always influences a societies sense of moral compass, and values. Some of the recurrent motifs in literary works are love, patience, hard work, each of these basic human values appearing in literary works from all parts of the world, passing down over generations of readers. Oral tradition, as is found in many traditions plays a similar role as literature only that in oral tradition, the stories are narrated to an audience. The stories are often read from literature books or are narrated from the memory. Literary works such as ‘Gilgamesh’, the ‘Ramayana’ and ‘The thousand and one nights’, values pass down often through oral recitation, with the written texts serving as reference points. In this essay, human values espoused in the three classic works of literature alluded above are examined in detail.