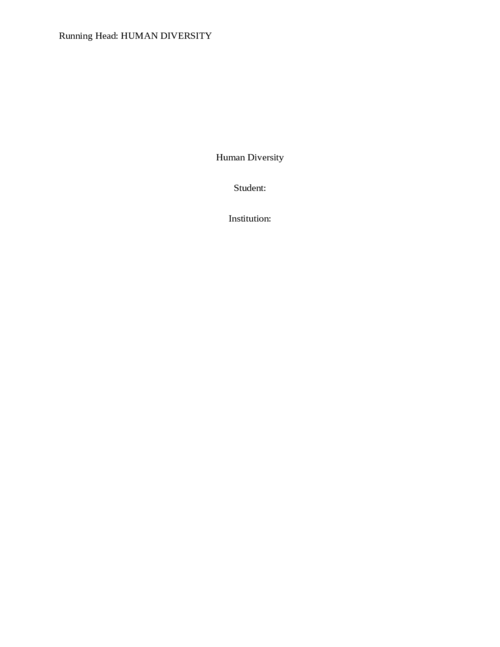 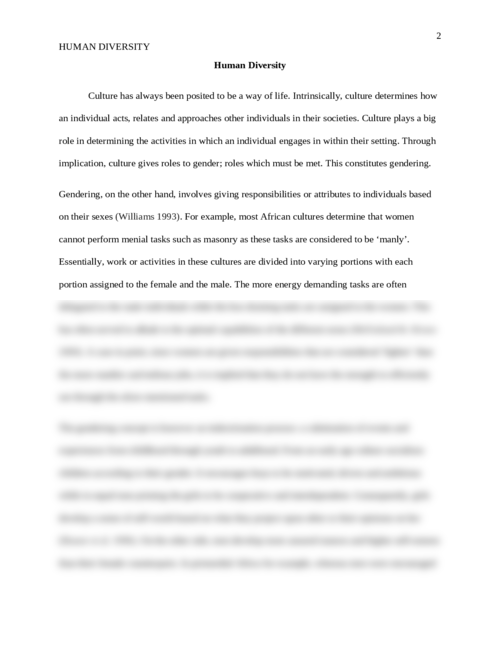 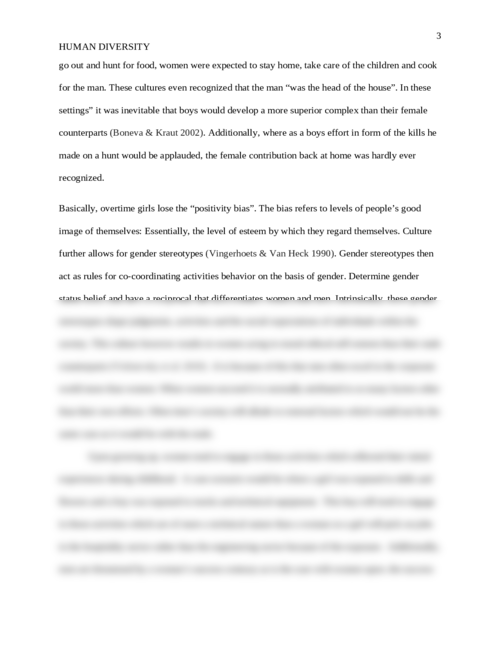 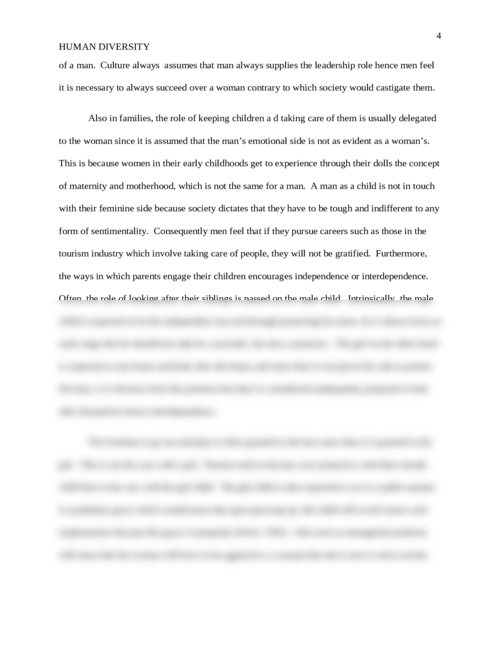 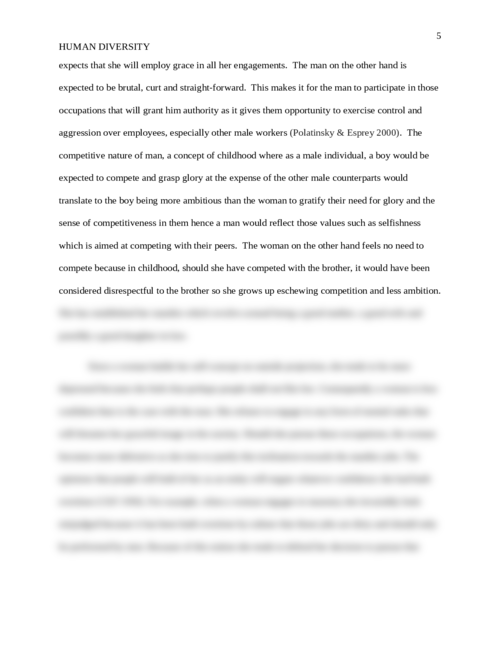 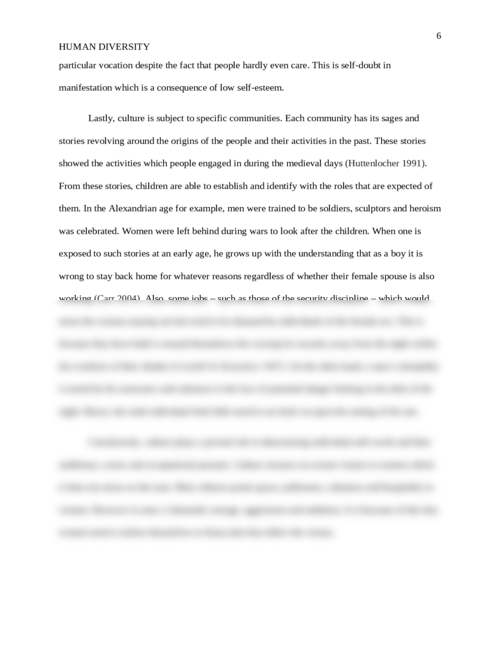 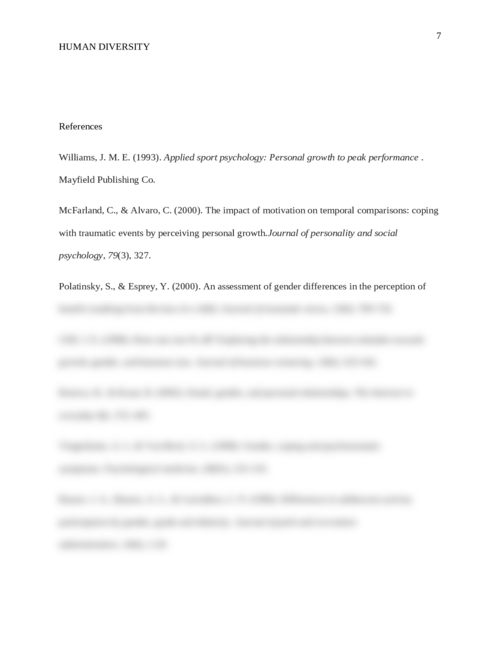 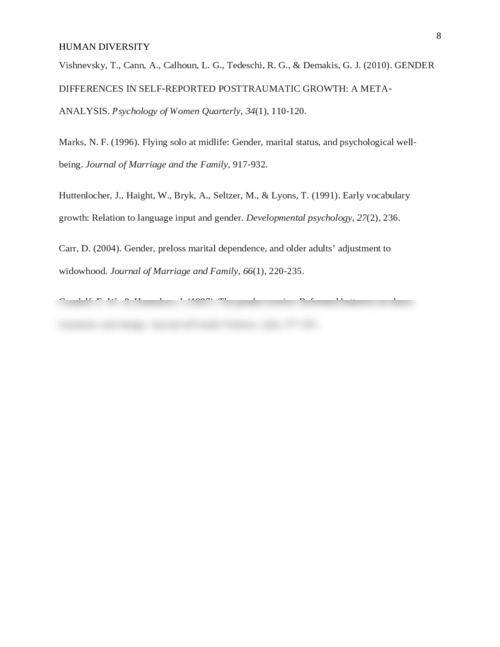 This is the title of my paper "Enculturation of gender self-concepts contributes to the development of a positive or negative self-image and therefore to the likelihood of accomplishment or failure in a various life undertakings. Gendering being culturally constructed, once gender is enculturated, it becomes a self-fulfilling prophecy"

Culture has always been posited to be a way of life. Intrinsically, culture determines how an individual acts, relates and approaches other individuals in their societies. Culture plays a big role in determining the activities in which an individual engages in within their setting. Through implication, culture gives roles to gender; roles which must be met. This constitutes gendering.

Gendering, on the other hand, involves giving responsibilities or attributes to individuals based on their sexes(Williams 1993). For example, most African cultures determine that women cannot perform menial tasks such as masonry as these tasks are considered to be ‘manly’. Essentially, work or activities in these cultures are divided into varying portions with each portion assigned to the female and the male. The more energy demanding tasks are often delegated to the male individuals while the less draining tasks are assigned to the women. This has often served to allude to the optimal capabilities of the different sexes(McFarland & Alvaro 2000). A case in point, since women are given responsibilities that are considered ‘lighter’ than the more manlier and tedious jobs, it is implied that they do not have the strength to efficiently see through the afore-mentioned tasks. 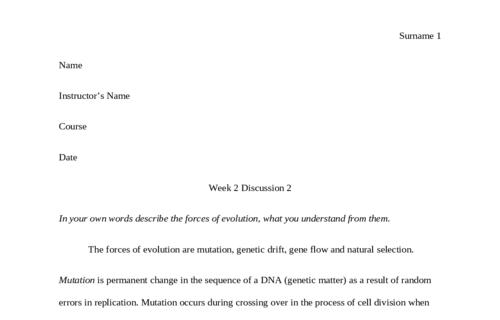 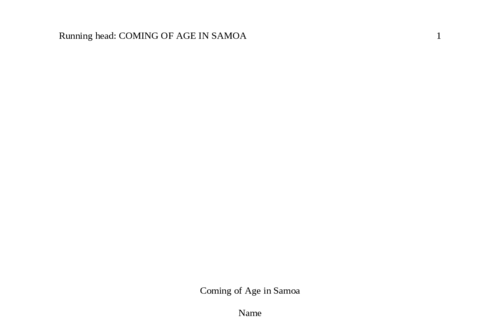