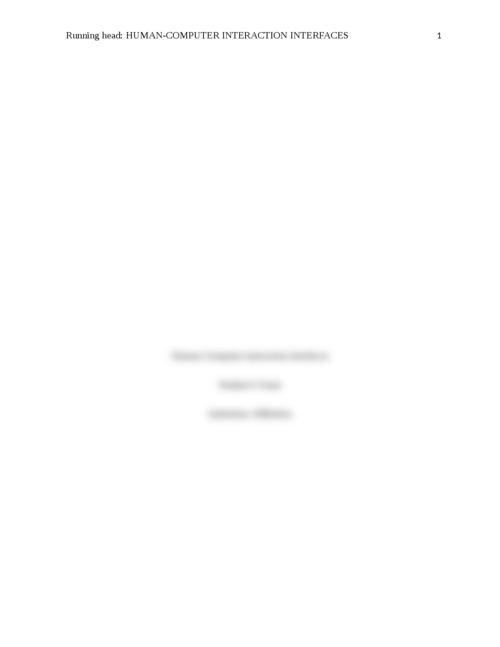 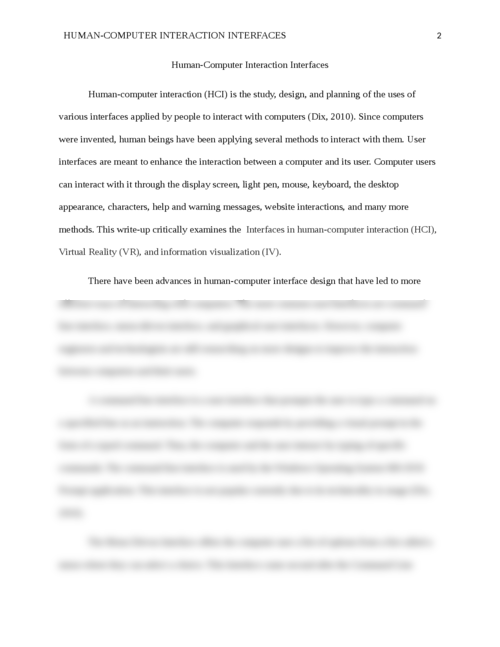 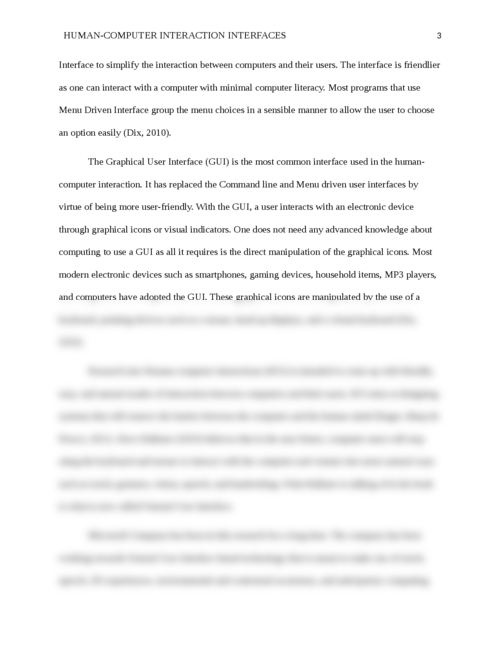 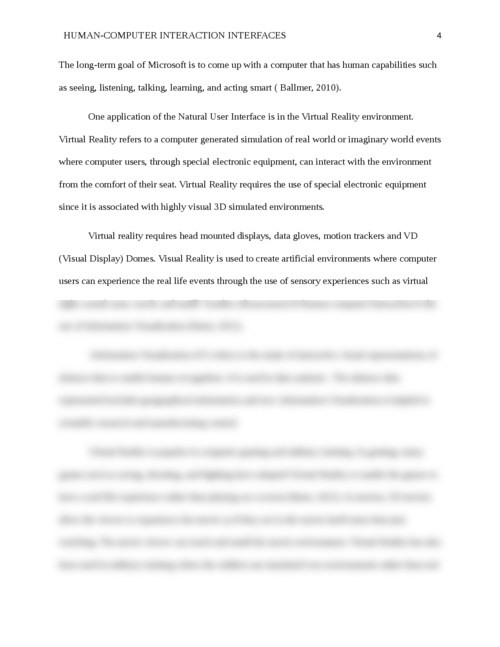 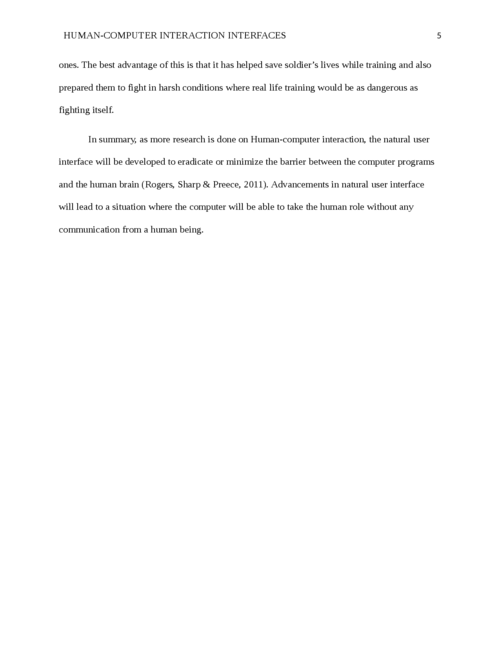 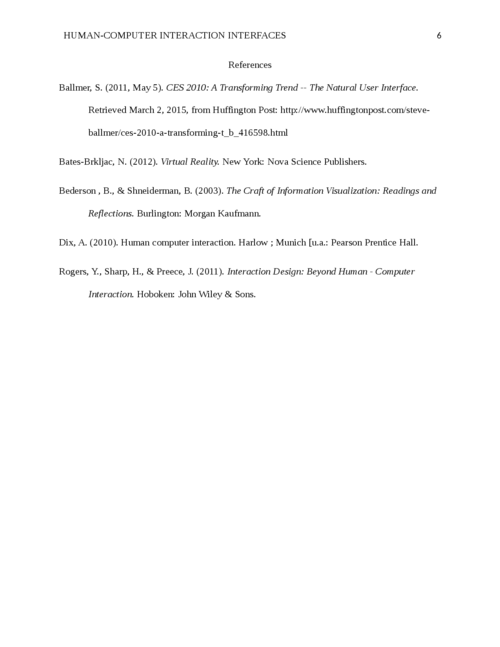 A minimum of 10 Citations must be from refereed journals or textbooks.

Human-computer interaction (HCI) is the study, design, and planning of the uses of various interfaces applied by people to interact with computers (Dix, 2010). Since computers were invented, human beings have been applying several methods to interact with them. User interfaces are meant to enhance the interaction between a computer and its user. Computer users can interact with it through the display screen, light pen, mouse, keyboard, the desktop appearance, characters, help and warning messages, website interactions, and many more methods. This write-up critically examines the Interfaces in human-computer interaction (HCI), Virtual Reality (VR), and information visualization (IV).