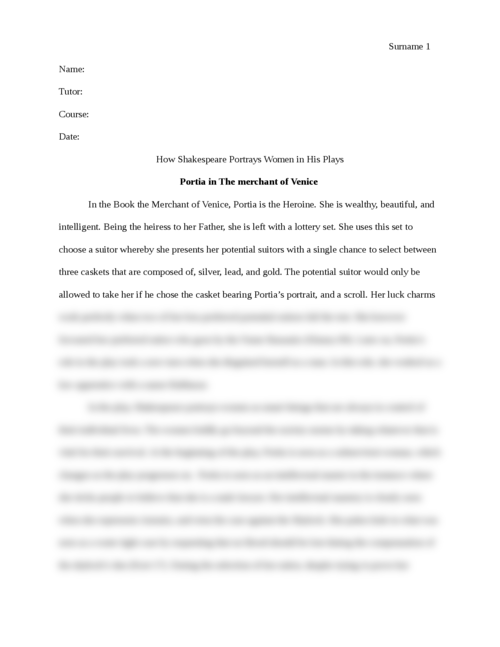 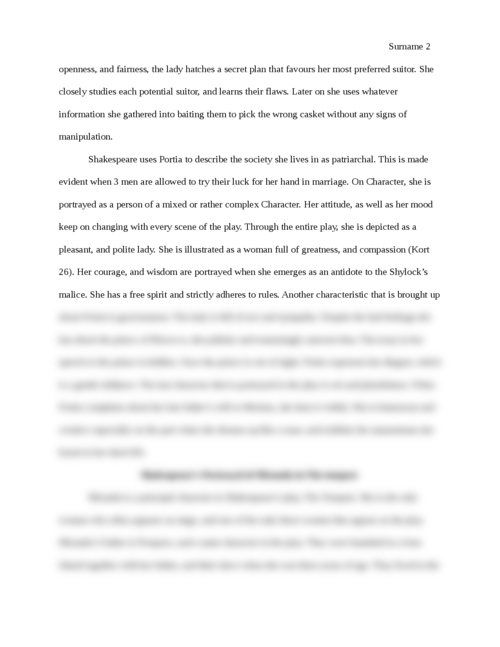 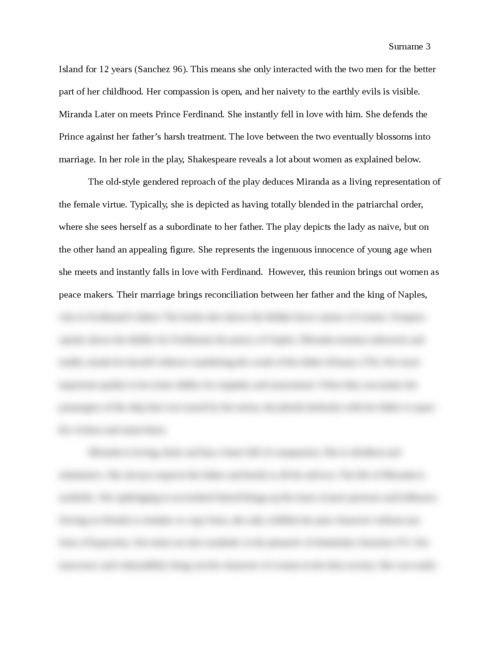 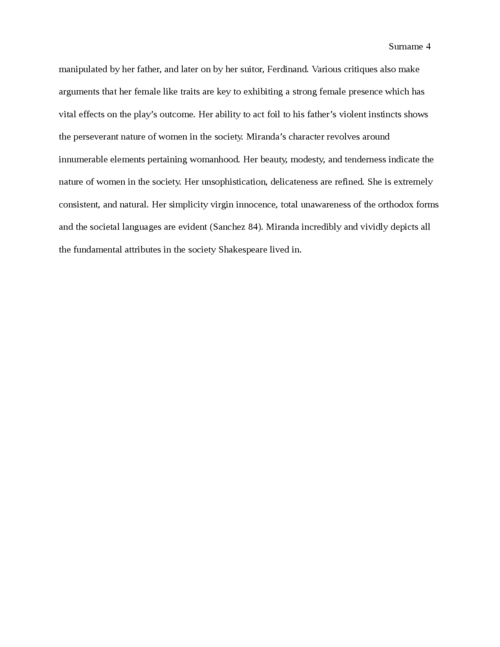 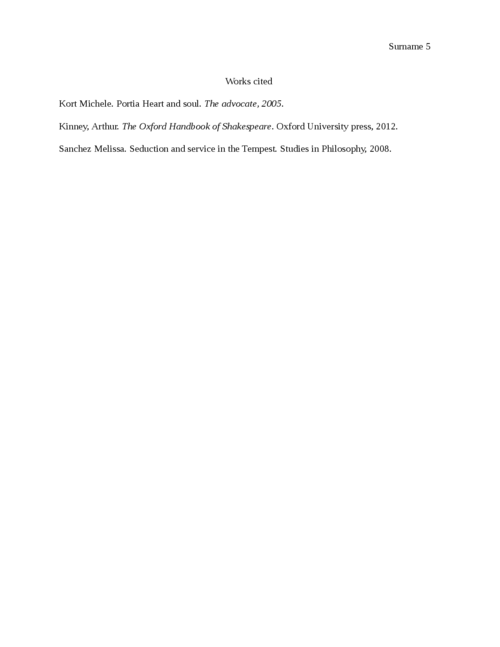 How Shakespeare Portrays Women In His Plays

How does Shakespeare portray women? Use two Shakespeare texts (plays or poems) for your essay.

Your researched formal essay should consist of 4/5 pages (1000 words approx) plus a bibliography. Please include quotations with the correct citation from two or more texts. You should use the essay topic as your essay title. You may if you choose hand in a preliminary draft for comments and suggestions in order to improve your essay. When analysing a specific text you should use refer to one or more of the following: Character, setting, point of view, symbolism, theme, style/tone/irony.

Portia from Shakespeare's The Merchant of Venice.

Miranda in The Tempest.

How Shakespeare Portrays Women in His Plays

Portia in The merchant of Venice

In the Book the Merchant of Venice, Portia is the Heroine. She is wealthy, beautiful, and intelligent. Being the heiress to her Father, she is left with a lottery set. She uses this set to choose a suitor whereby she presents her potential suitors with a single chance to select between three caskets that are composed of, silver, lead, and gold. The potential suitor would only be allowed to take her if he chose the casket bearing Portia’s portrait, and a scroll. Her luck charms work perfectly when two of her less preferred potential suitors fail the test. She however favoured her preferred suitor who goes by the Name Bassanio (Kinney 89). Later on, Portia’s role in the play took a new turn when she disguised herself as a man. In this role, she worked as a law apprentice with a name Balthazar.

In the play, Shakespeare portrays women as smart beings that are always in control of their individual lives. The women boldly go beyond the society norms by taking whatever that is vital for their survival. At the beginning of the play, Portia is seen as a subservient woman, which changes as the play progresses on.  Portia is seen as an intellectual master in the instance where she tricks people to believe that she is a male lawyer. Her intellectual mastery is clearly seen when she represents Antonio, and wins his case against the Shylock. She pokes hole in what was seen as a water tight case by requesting that no blood should be lost during the compensation of the shylock’s due (Kort 17).