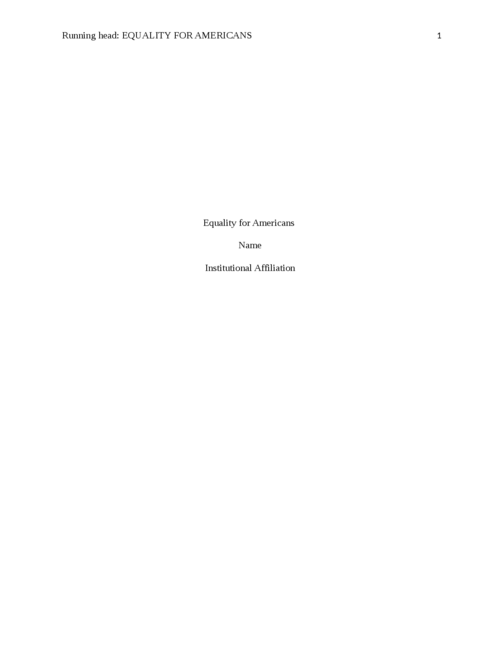 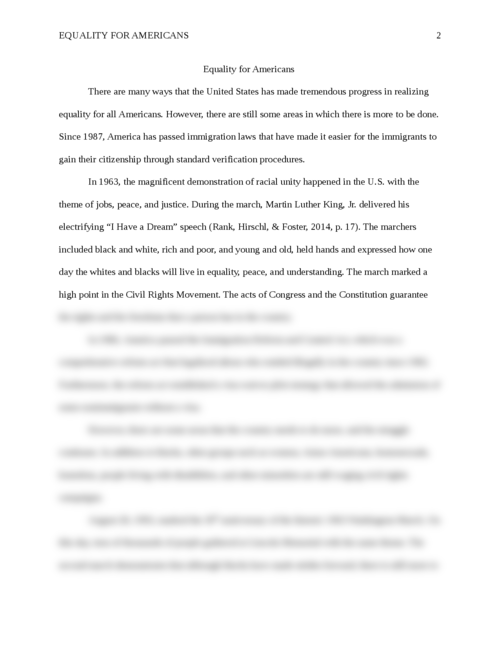 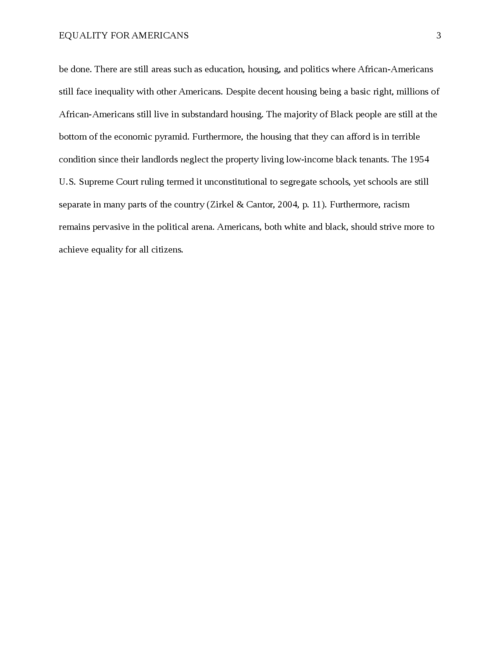 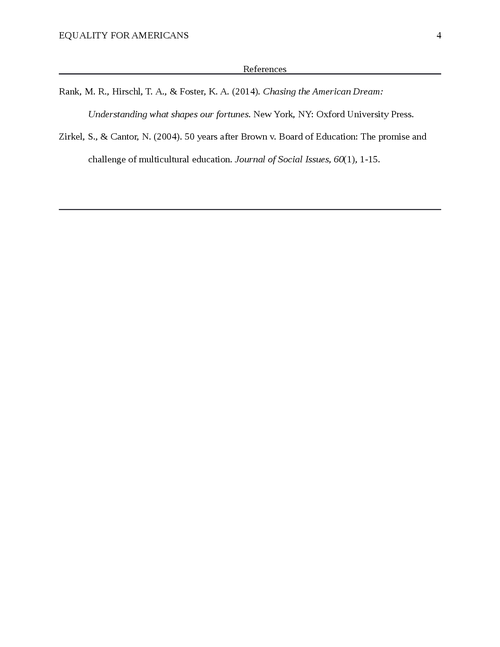 How Far Have We Come

Think about the many ways that the United States has made tremendous progress in realizing equality for all Americans. Where are there still some areas in which there is more to do? What conclusions have you reached while researching the below thesis? What specific events support your conclusion?Create a post that explains:• The Thesis: Since 1877, the laws passed concerning immigration have helped to reduce the number of illegal immigration and have made it easier for the immigrants to gain their citizenship through standard verification procedures.• At least two events that support the thesis. Provide specific examples to support the thesis. References and citations must be formatted according to APA style.

There are many ways that the United States has made tremendous progress in realizingequality  for all Americans. However, there are still some areas in which there is more to be done.Since 1987, America has passed immigration laws that have made it easier for the immigrants to gain their citizenship through standard verification procedures.

In 1963, the magnificent demonstration of racial unity happened in the U.S. with the theme of jobs, peace, and justice.During the march, Martin Luther King, Jr.delivered his electrifying “I Have a Dream” speech (Rank, Hirschl,& Foster, 2014, p. 17). The marchers included black and white, rich and poor, and young and old, held hands and expressed how one day the whites and blacks will live in equality, peace, and understanding.