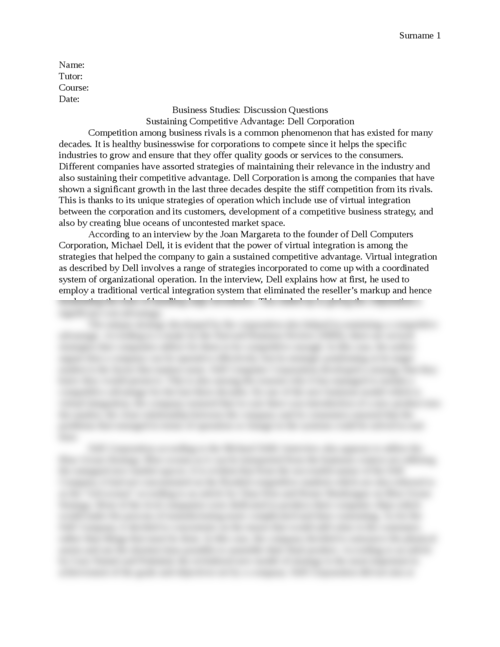 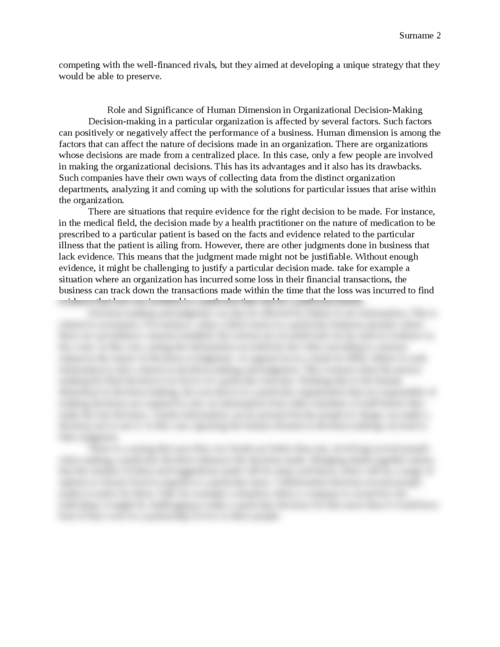 Discuss how dell gained and sustained competitive advantage. Draw insights from the article listed below as you analyze dell.

By reading these articles and watch the 12 angry men: Discuss the Role and the importance of human dimension in organizational decision-making. Then identify and discuss three reason why ignoring the human element in decision making and focusing only on technology aspect is insufficient towards increasing the organization’s capacity for improved decision making and judgment making.

Competition among business rivals is a common phenomenon that has existed for many decades. It is healthy businesswise for corporations to compete since it helps the specific industries to grow and ensure that they offer quality goods or services to the consumers. Different companies have assorted strategies of maintaining their relevance in the industry and also sustaining their competitive advantage. Dell Corporation is among the companies that have shown a significant growth in the last three decades despite the stiff competition from its rivals. This is thanks to its unique strategies of operation which include use of virtual integration between the corporation and its customers, development of a competitive business strategy, and also by creating blue oceans of uncontested market space.

According to an interview by the Joan Margareta to the founder of Dell Computers Corporation, Michael Dell, it is evident that the power of virtual integration is among the strategies that helped the company to gain a sustained competitive advantage. Virtual integration as described by Dell involves a range of strategies incorporated to come up with a coordinated system of organizational operation. In the interview, Dell explains how at first, he used to employ a traditional vertical integration system that eliminated the reseller’s markup and hence moderating the risks of handling large inventories. This ended up in giving the corporation a significant cost advantage.