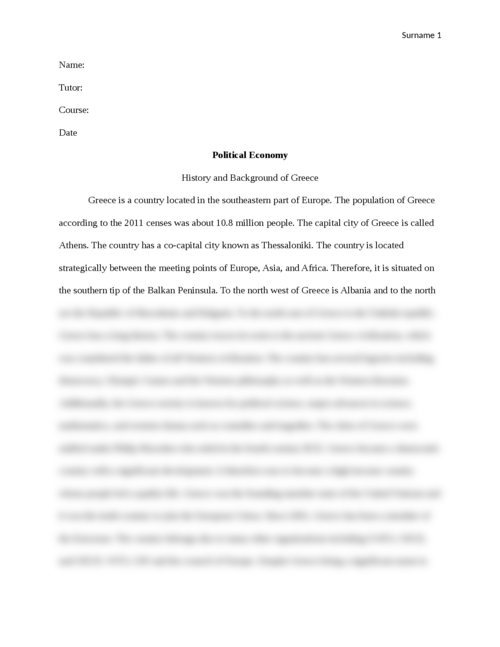 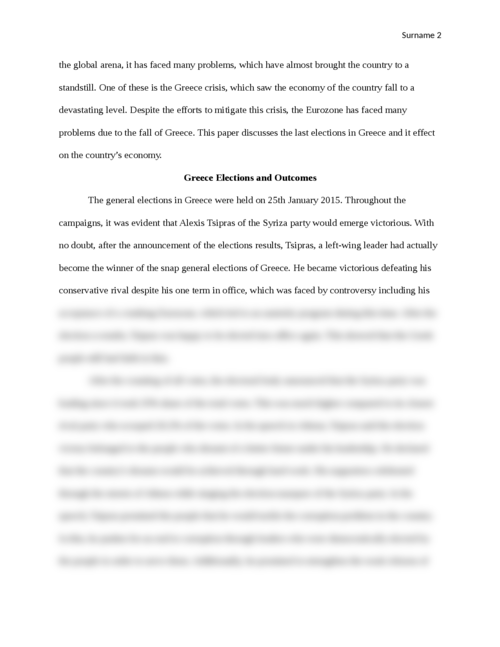 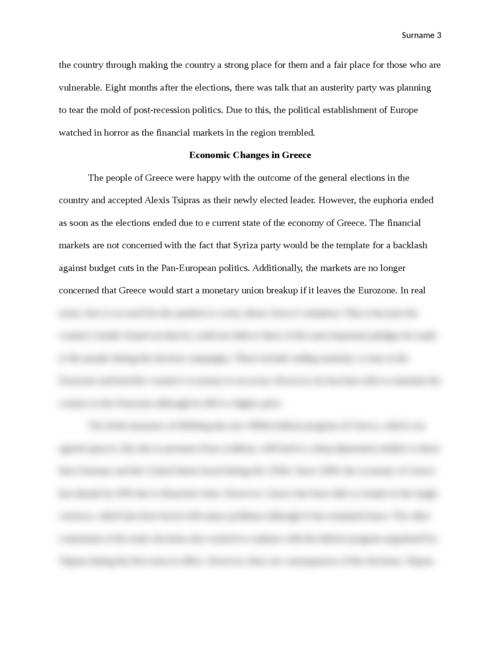 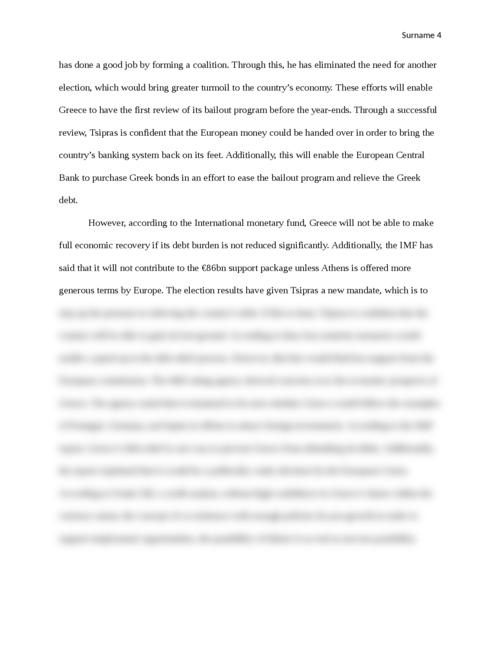 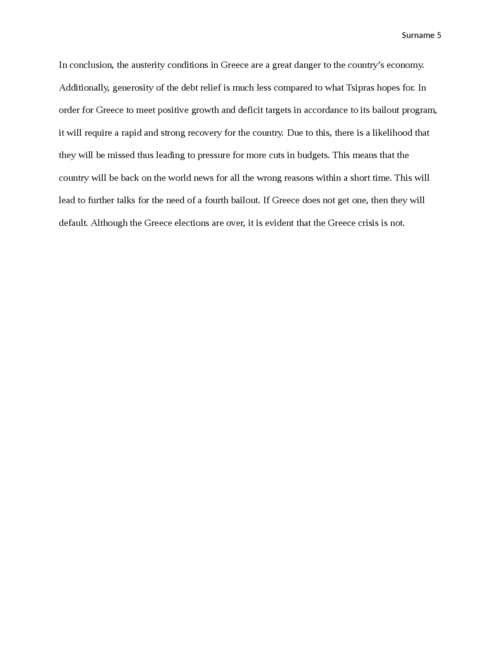 History And Background Of Greece

Political changes affect the economy of any country dramatically, and vice versa.

select a case of any political change that took place in the world and write a report on the effect of this change on the country’s economic system.

History and Background of Greece

Greece is a country located in the southeastern part of Europe. The population of Greece according to the 2011 censes was about 10.8 million people. The capital city of Greece is called Athens. The country has a co-capital city known as Thessaloniki. The country is located strategically between the meeting points of Europe, Asia, and Africa. Therefore, it is situated on the southern tip of the Balkan Peninsula. To the north west of Greece is Albania and to the north are the Republic of Macedonia and Bulgaria. To the north east of Greece is the Turkish republic. Greece has a long history. The country traces its roots to the ancient Greece civilization, which was considered the father of all Western civilization. The country has several legacies including democracy, Olympic Games and the Western philosophy as well as the Western literature. Additionally, the Greece society is known for political science, major advances in science, mathematics, and western drama such as comedies and tragedies