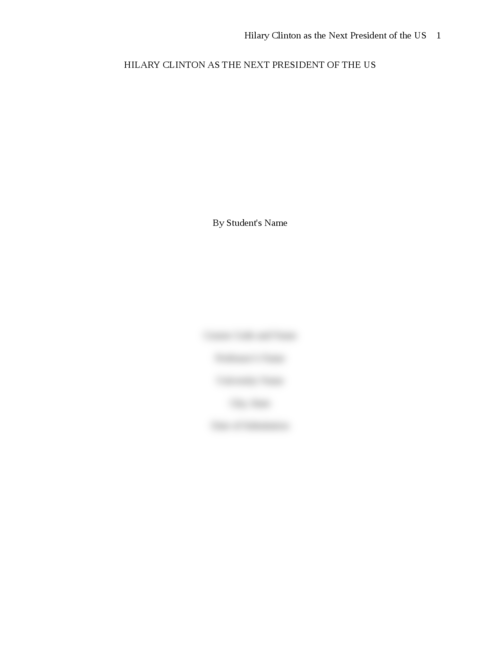 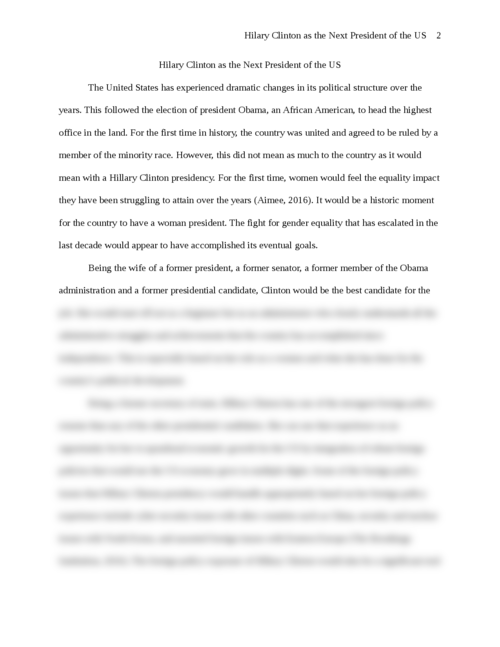 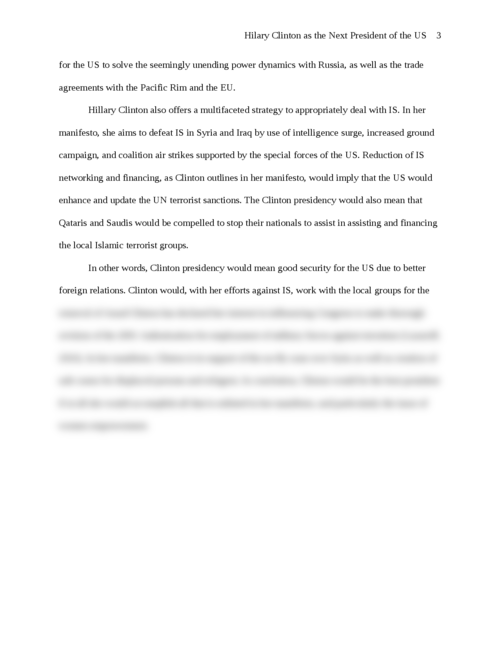 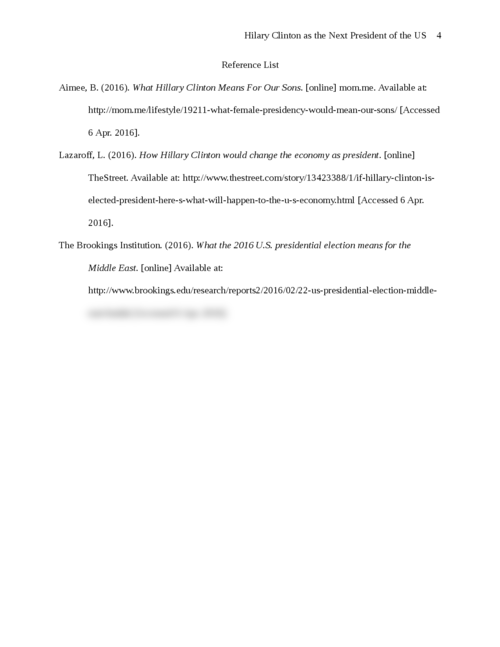 Hilary Clinton As The Next President Of The Us

Write a descriptive essay on a political concept OF YOUR CHOICE.

Please describe the concept above.

Please support your ideas with evidence from class readings or from library research.

Please use a minimum of two citations in-text and include a reference list at the end of your essay using Harvard Style.

The reference list does not count toward the word limit.

Your essay should include an introduction, body and conclusion.

For help in this regard, youcan use the class handout "3.1 Working outline." Please refer to your "Practical Guide to Writing Academic Essays" for additional guidelines and tips for essay writing.

Title: Hilary Clinton As The Next President Of The Us
Length: 2 pages (656 Words)
Style: APA

Hilary Clinton as the Next President of the US

The United States has experienced dramatic changes in its political structure over the years. This followed the election of president Obama, an African American, to head the highest office in the land. For the first time in history, the country was united and agreed to be ruled by a member of the minority race. However, this did not mean as much to the country as it would mean with a Hillary Clinton presidency. For the first time, women would feel the equality impact they have been struggling to attain over the years (Aimee, 2016). It would be a historic moment for the country to have a woman president. The fight for gender equality that has escalated in the last decade would appear to have accomplished its eventual goals.