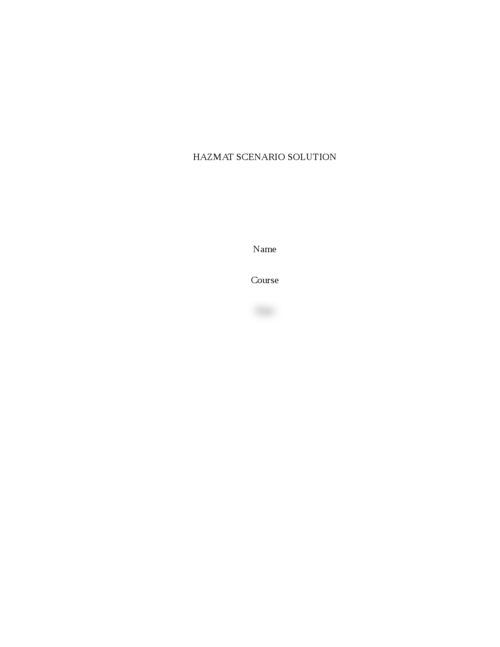 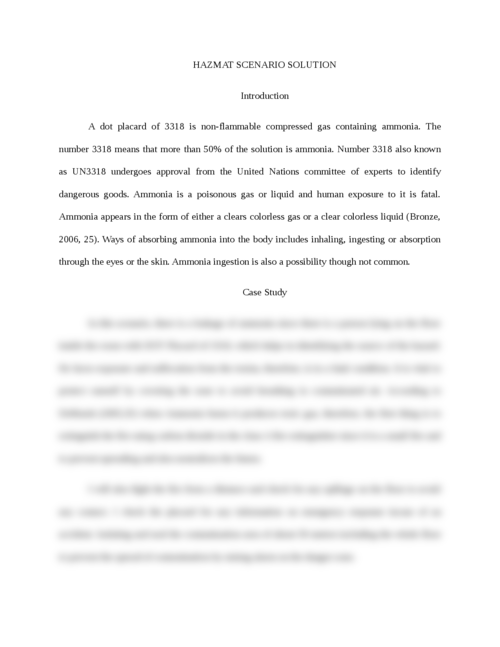 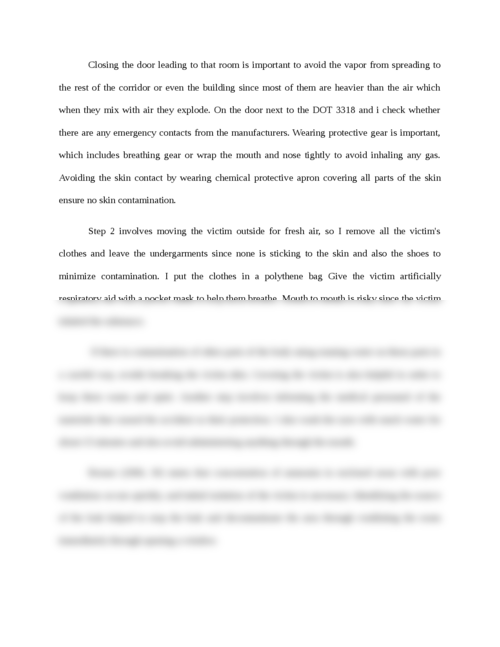 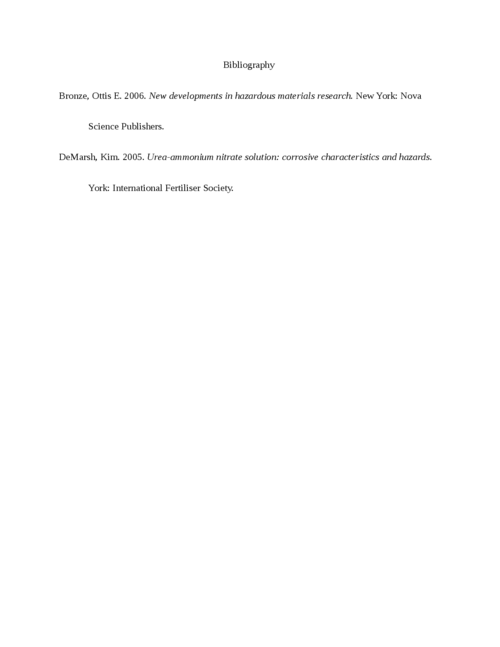 Prepare a case study paper on the premise that a hazardous material leak has occurred in a school building IN THE UNITED STATES of AMERICA.

There are numerous signs on the door, one in particular is a DOT placard of 3318 on the door.

You swing the door open and there is a man passed out on the floor with a very small 1 person fire beside him.

You see a Class A extinguisher beside him on the wall. How should you go forward in the situation with the placard information, fire, extinguisher type, setting, and man on the ground? Approach this scenario as a hazmat technician using the facts of the scenario as a guide.

A dot placard of 3318 is non-flammable compressed gas containing ammonia. The number 3318 means that more than 50% of the solution is ammonia. Number 3318 also known as UN3318 undergoes approval from the United Nations committee of experts to identify dangerous goods. Ammonia is a poisonous gas or liquid and human exposure to it is fatal. Ammonia appears in the form of either a clears colorless gas or a clear colorless liquid (Bronze, 2006, 25). Ways of absorbing ammonia into the body includes inhaling, ingesting or absorption through the eyes or the skin. Ammonia ingestion is also a possibility though not common.

What Are the Fundament... 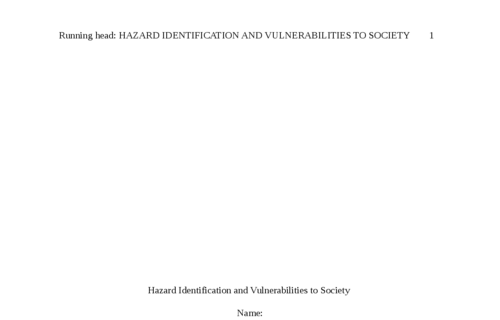