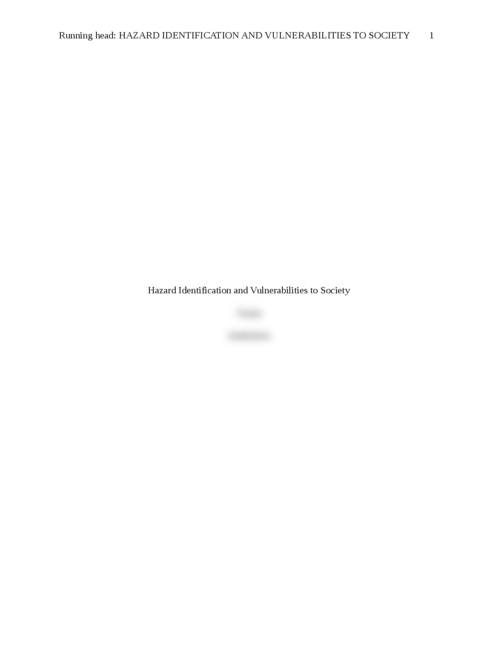 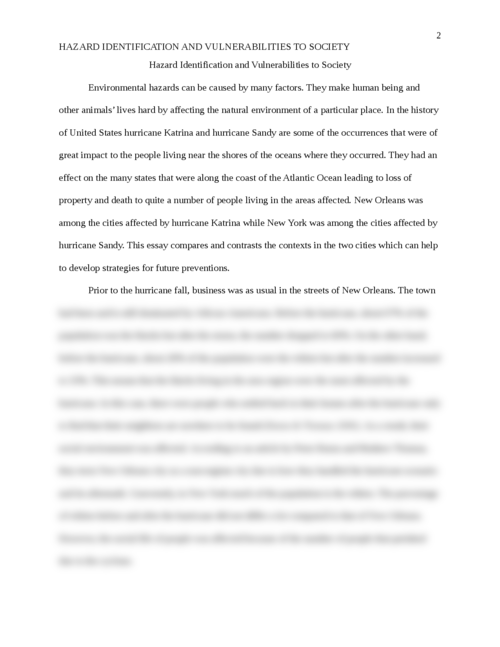 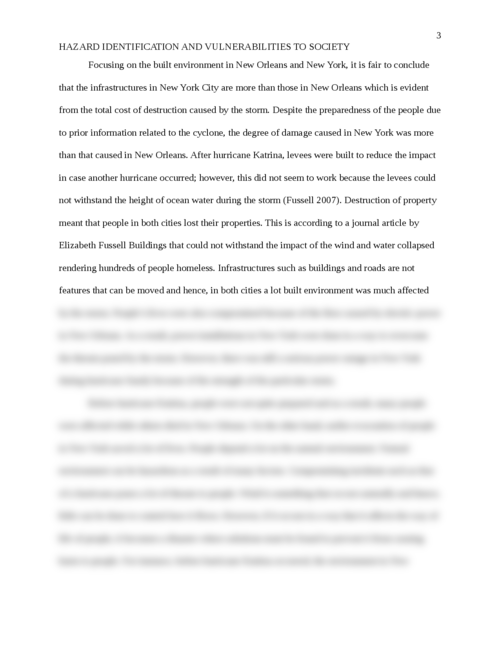 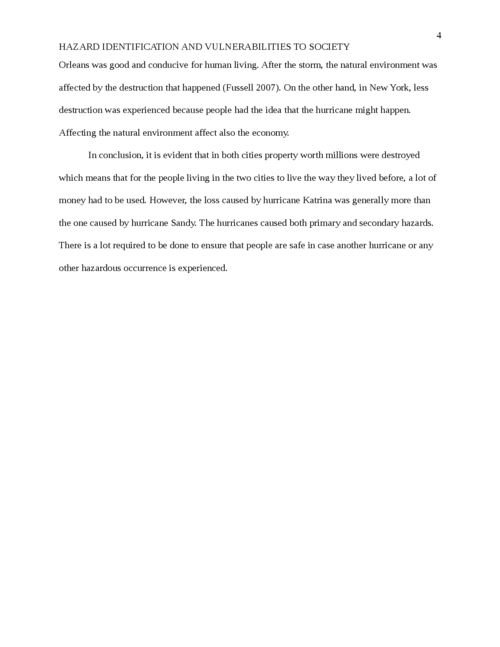 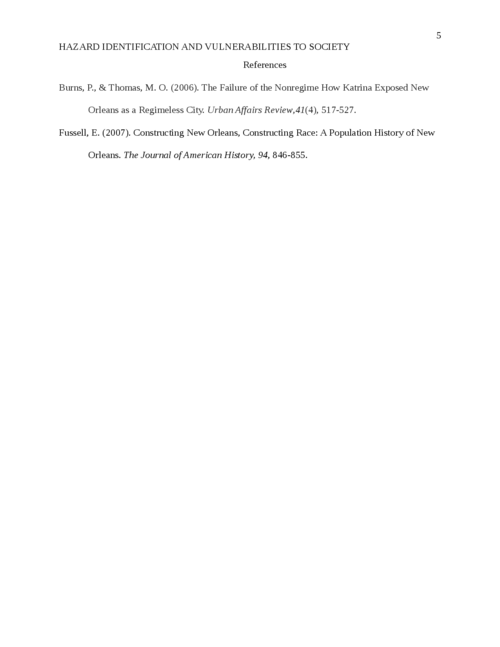 Hazard Identification And Vulnerabilities To Society

Write a short essay, two to three pages in length, to address the following question: Compare and contrast the context in New Orleans in 2005 and New York City in 2012 as it relates to a hurricane hazard. Week #2 is focused on investigating vulnerabilities to society, which relates to the interaction between hazards–primary and secondary hazards–and the social, built, and natural environments.

For this assignment, use Hurricane Katrina and Hurricane Sandy as case studies to compare and contrast the social, built, and natural environments in New Orleans and New York City prior to hurricane landfalls in 2005 and 2012, respectively. Describe and analyze these three environments through the lens of a hurricane scenario.

The following videos may be used to support the analysis:

Hazard Identification and Vulnerabilities to Society

Environmental hazards can be caused by many factors. They make human being and other animals’ lives hard by affecting the natural environment of a particular place. In the history of United States hurricane Katrina and hurricane Sandy are some of the occurrences that were of great impact to the people living near the shores of the oceans where they occurred. They had an effect on the many states that were along the coast of the Atlantic Ocean leading to loss of property and death to quite a number of people living in the areas affected. New Orleans was among the cities affected by hurricane Katrina while New York was among the cities affected by hurricane Sandy. This essay compares and contrasts the contexts in the two cities which can help to develop strategies for future preventions.

What Are the Fundament... 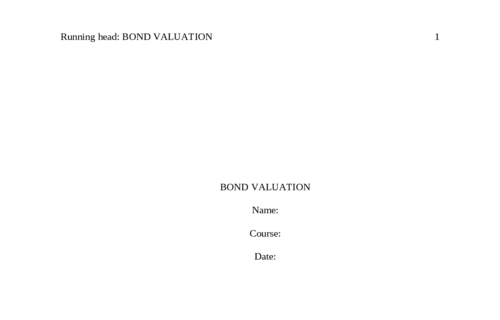 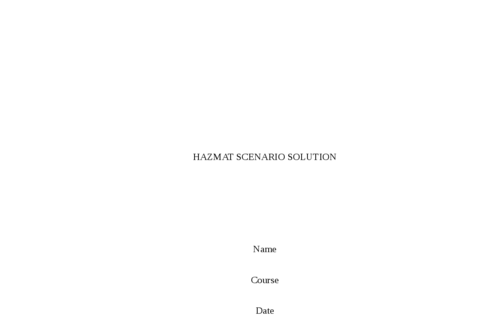