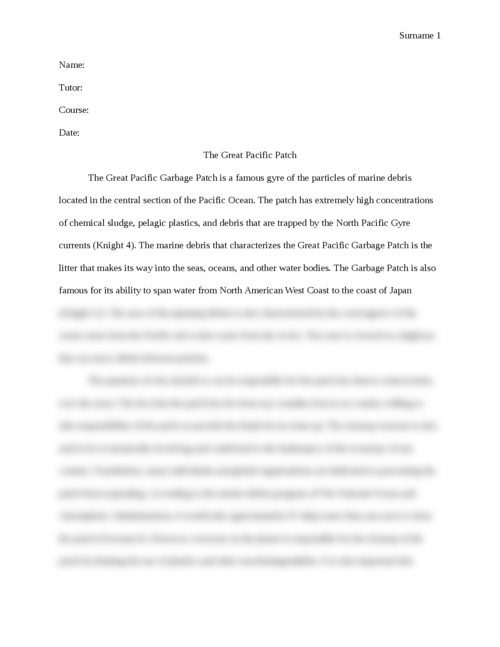 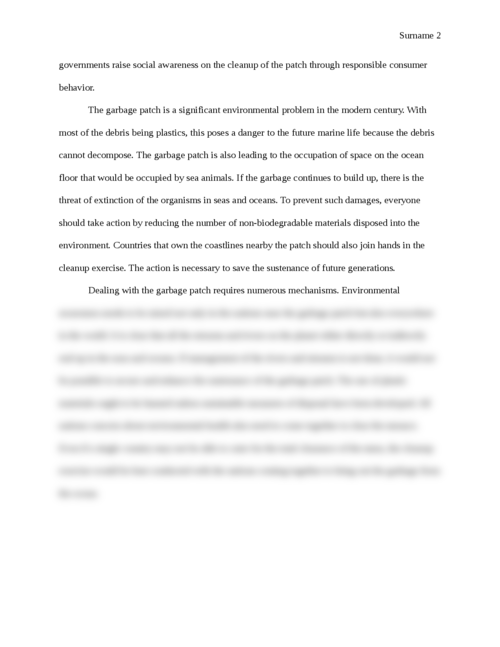 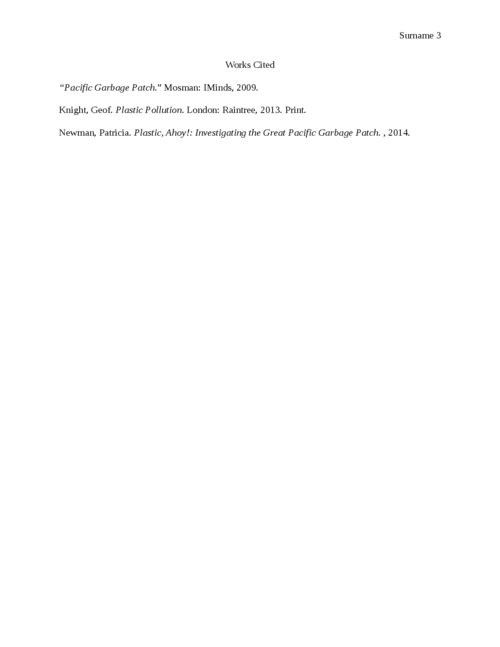 Investigate the Great Pacific Garbage Patch, using at least three (3) different resources. Write a two (2) page summary of what you learn. Be sure to include answers to the following questions:

The Great Pacific Garbage Patch is a famous gyre of the particles of marine debris located in the central section of the Pacific Ocean. The patch has extremely high concentrations of chemical sludge, pelagic plastics, and debris that are trapped by the North Pacific Gyre currents (Knight 4). The marine debris that characterizes the Great Pacific Garbage Patch is the litter that makes its way into the seas, oceans, and other water bodies. The Garbage Patch is also famous for its ability to span water from North American West Coast to the coast of Japan (Knight 12). The area of the spinning debris is also characterized by the convergence of the warm water from the Pacific and cooler water from the Arctic. The zone is viewed as a highway that can move debris between patches.