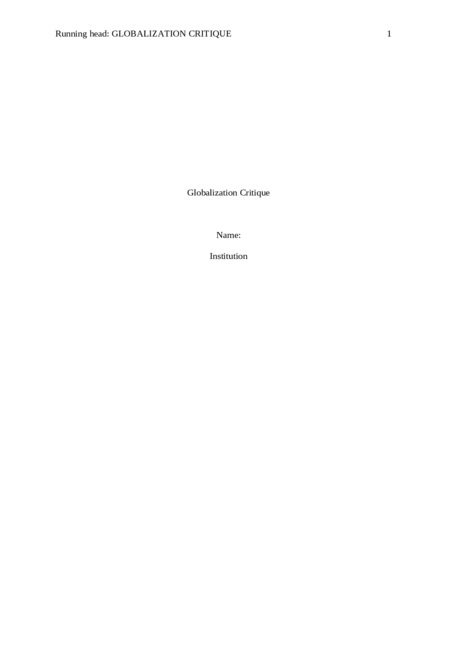 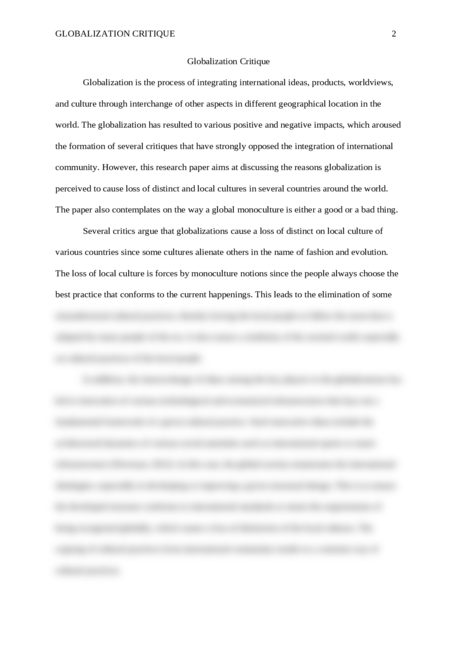 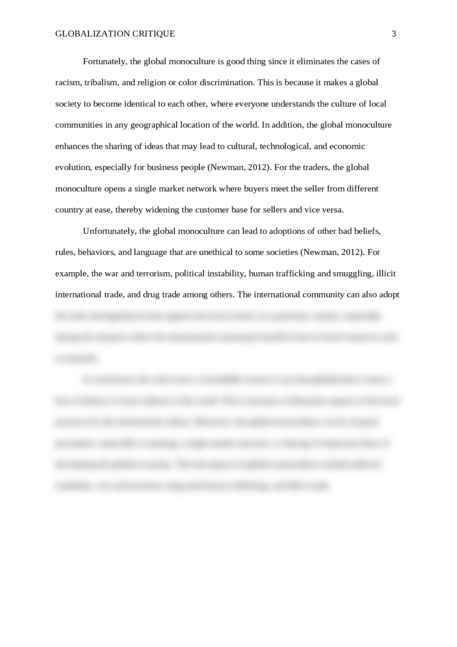 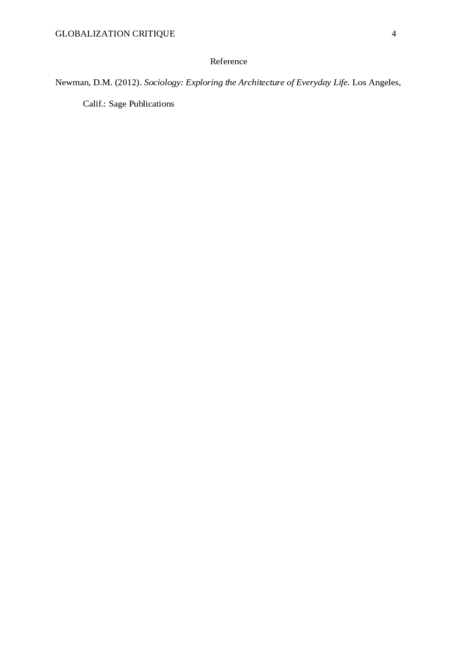 Why do critics of globalization say that it is causing a loss of distinct, local cultures in many countries around the world? In what ways might a global “monoculture” be a good thing or a bad thing?

Globalization is the process of integrating international ideas, products, worldviews, and culture through interchange of other aspects in different geographical location in the world. The globalization has resulted to various positive and negative impacts, which aroused the formation of several critiques that have strongly opposed the integration of international community. However, this research paper aims at discussing the reasons globalization is perceived to cause loss of distinct and local cultures in several countries around the world. The paper also contemplates on the way a global monoculture is either a good or a bad thing.

Several critics argue that globalizations cause a loss of distinct on local culture of various countries since some cultures alienate others in the name of fashion and evolution. The loss of local culture is forces by monoculture notions since the people always choose the best practice that conforms to the current happenings. This leads to the elimination of some misunderstood cultural practices, thereby forcing the local people to follow the norm that is adopted by many people of the era. It also causes a similarity of the societal world, especially on cultural practices of the local people.