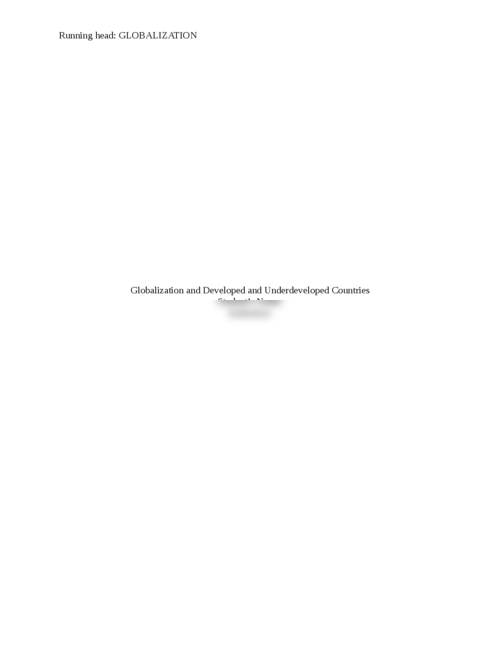 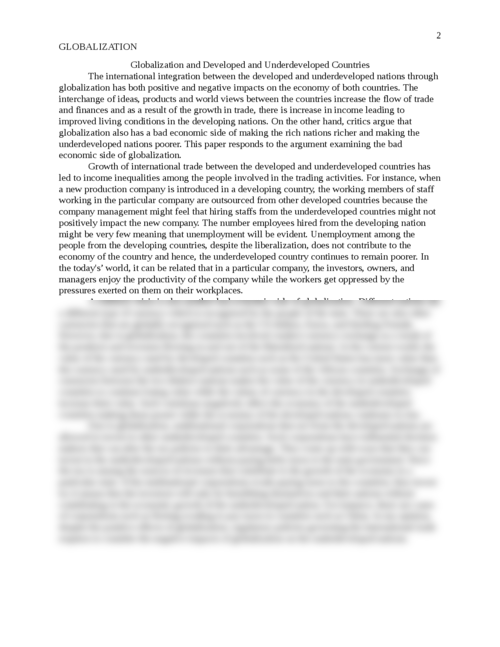 Globalization and Developed and Underdeveloped Countries

The international integration between the developed and underdeveloped nations through globalization has both positive and negative impacts on the economy of both countries. The interchange of ideas, products and world views between the countries increase the flow of trade and finances and as a result of the growth in trade, there is increase in income leading to improved living conditions in the developing nations. On the other hand, critics argue that globalization also has a bad economic side of making the rich nations richer and making the underdeveloped nations poorer. This paper responds to the argument examining the bad economic side of globalization.