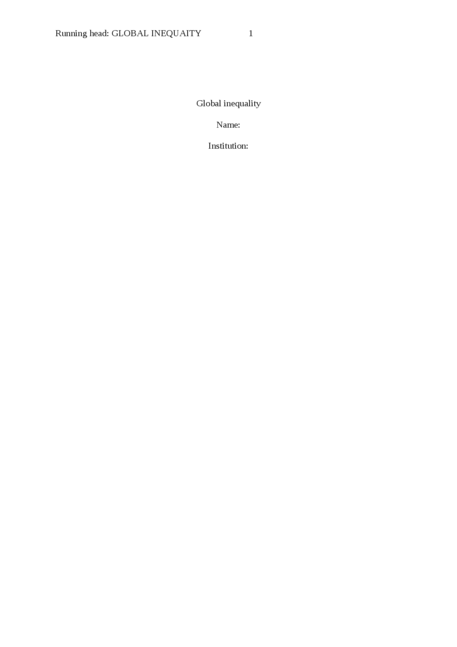 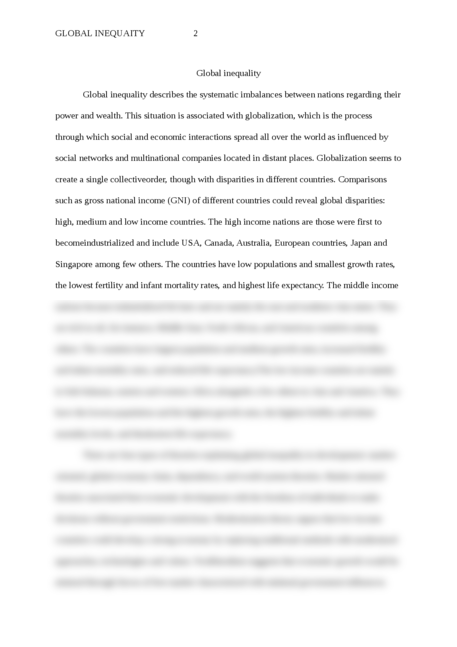 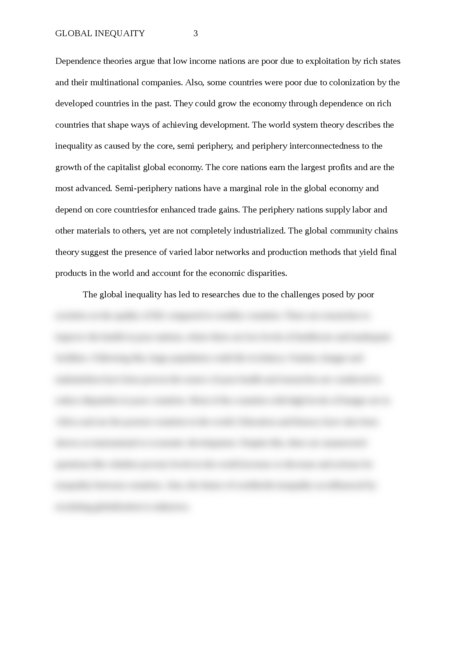 Write a paper on global inequality

Global inequality describes the systematic imbalances between nations regarding their power and wealth. This situation is associated with globalization, which is the process through which social and economic interactions spread all over the world as influenced by social networks and multinational companies located in distant places. Globalization seems to create a single collectiveorder, though with disparities in different countries. Comparisons such as gross national income (GNI) of different countries could reveal global disparities: high, medium and low income countries. The high income nations are those were first to becomeindustrialized and include USA, Canada, Australia, European countries, Japan and Singapore among few others. The countries have low populations and smallest growth rates, the lowest fertility and infant mortality rates, and highest life expectancy. The middle income nations became industrialized bit later and are mainly the east and southern Asia states. They are rich in oil, for instance, Middle East, North African, and American countries among others. The countries have largest population and medium growth rates, increased fertility and infant mortality rates, and reduced life expectancy.The low income countries are mainly in Sub-Saharan, eastern and western Africa alongside a few others in Asia and America. They have the lowest population and the highest growth rates, the highest fertility and infant mortality levels, and theshortest life expectancy.