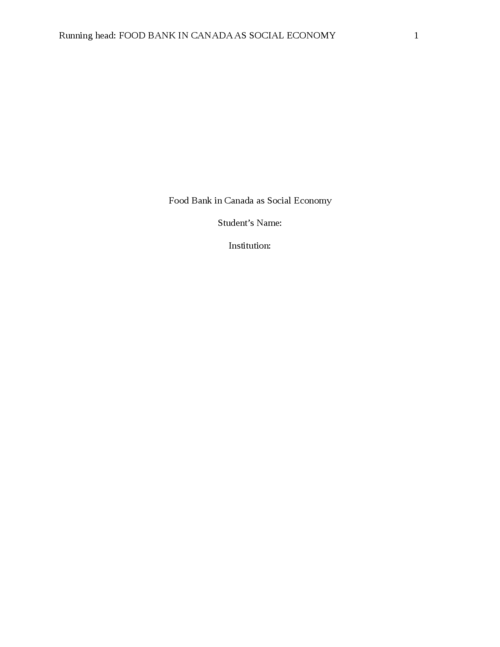 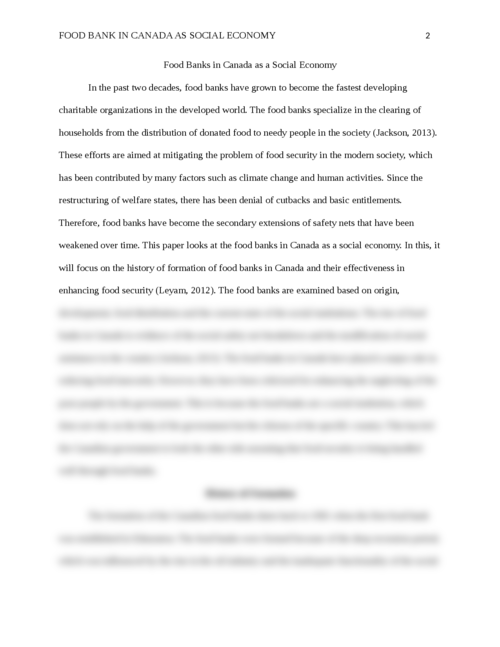 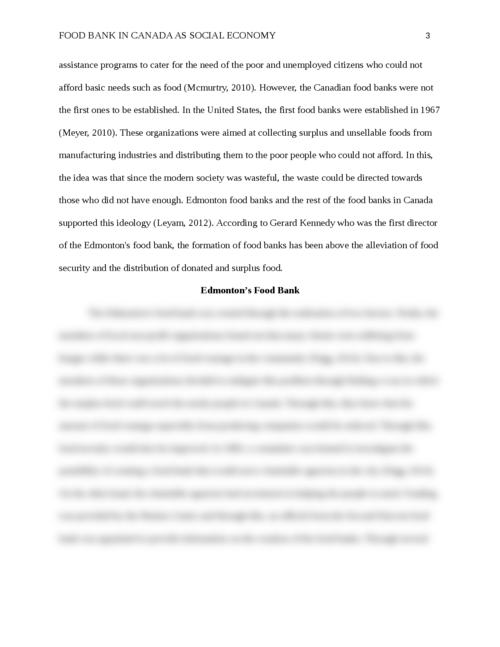 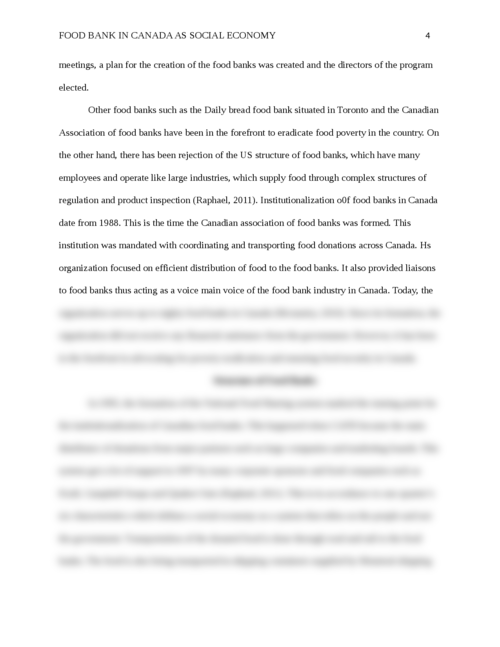 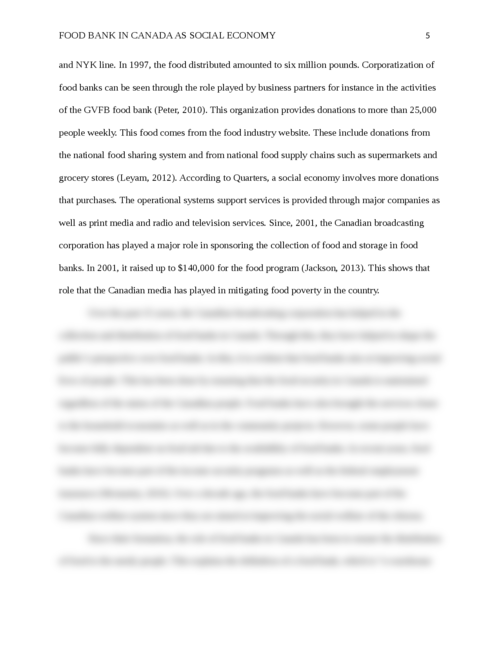 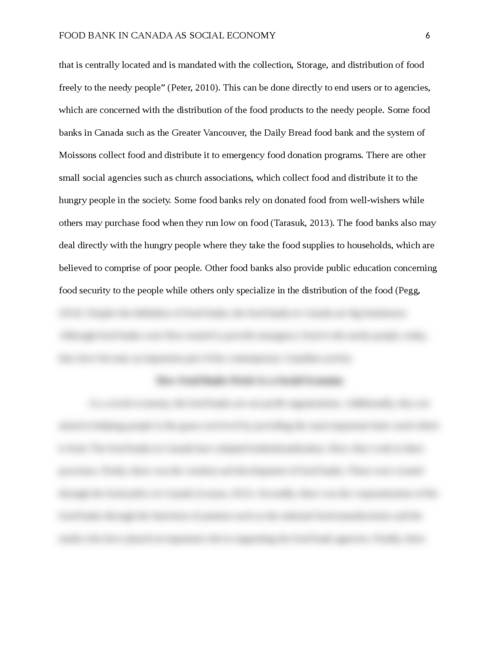 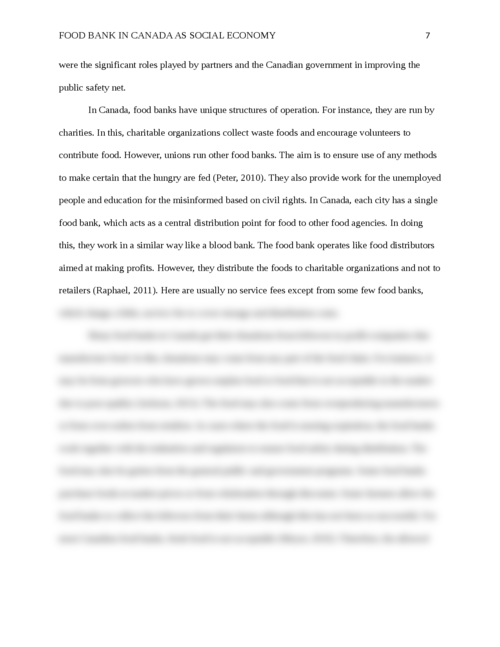 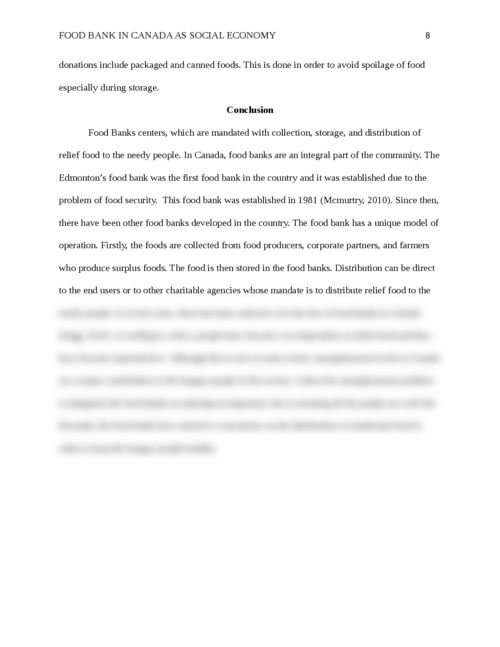 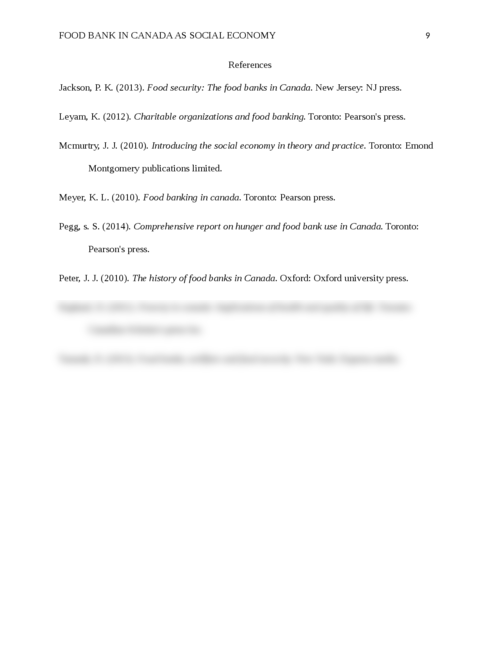 Food Banks In Canada As A Social Economy

1. This assignment is to write 8 to 10 pages of Historical paper. I chose "Food Bank in Canada as social economy" as a topic.

2. Apply Mcmurtry and Quarter's 6 characteristics to analyze the structure of food banks and to show how they fit as social economy.

Food Banks in Canada as a Social Economy

In the past two decades, food banks have grown to become the fastest developing charitable organizations in the developed world. The food banks specialize in the clearing of households from the distribution of donated food to needy people in the society (Jackson, 2013). These efforts are aimed at mitigating the problem of food security in the modern society, which has been contributed by many factors such as climate change and human activities. Since the restructuring of welfare states, there has been denial of cutbacks and basic entitlements. Therefore, food banks have become the secondary extensions of safety nets that have been weakened over time. This paper looks at the food banks in Canada as a social economy. In this, it will focus on the history of formation of food banks in Canada and their effectiveness in enhancing food security (Leyam, 2012). The food banks are examined based on origin, development, food distribution and the current state of the social institutions. The rise of food banks in Canada is evidence of the social safety net breakdown and the modification of social assistance in the country (Jackson, 2013). The food banks in Canada have played a major role in reducing food insecurity. However, they have been criticized for enhancing the neglecting of the poor people by the government. This is because the food banks are a social institution, which does not rely on the help of the government but the citizens of the specific country. This has led the Canadian government to look the other side assuming that food security is being handled well through food banks.