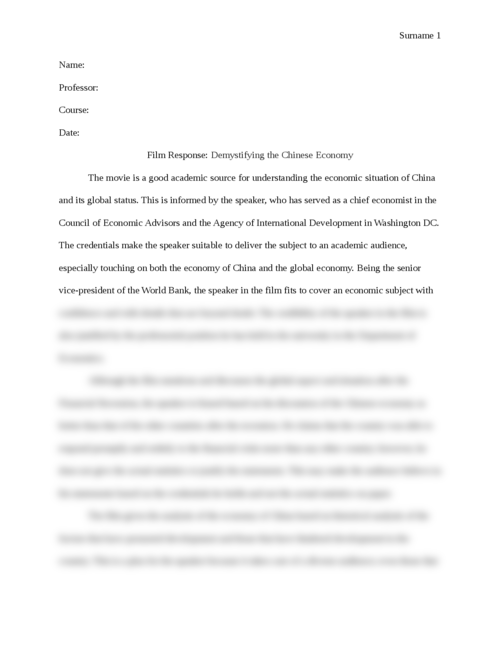 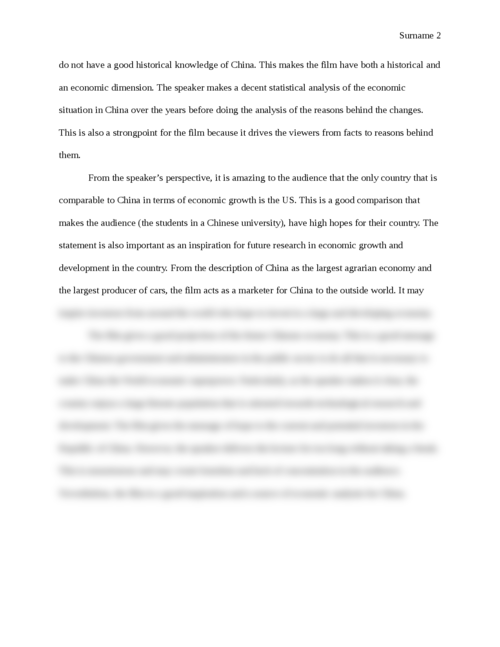 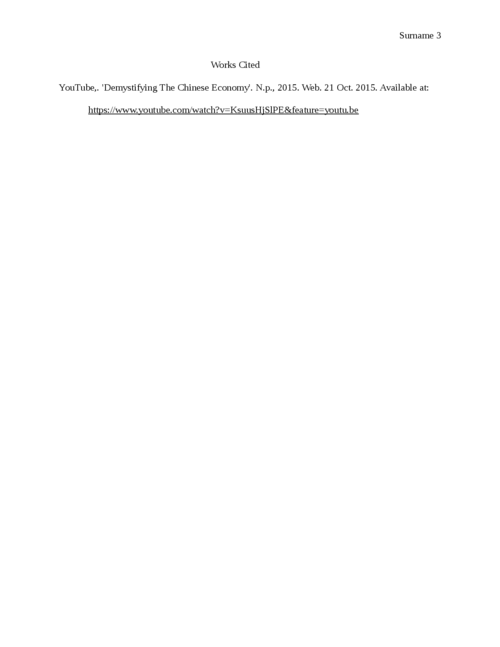 Write a paper response to the film Demystifying the Chinese Economy

The movie is a good academic source for understanding the economic situation of China and its global status. This is informed by the speaker, who has served as a chief economist in the Council of Economic Advisors and the Agency of International Development in Washington DC. The credentials make the speaker suitable to deliver the subject to an academic audience, especially touching on both the economy of China and the global economy. Being the senior vice-president of the World Bank, the speaker in the film fits to cover an economic subject with confidence and with details that are beyond doubt. The credibility of the speaker in the film is also justified by the professorial position he has held in the university in the Department of Economics.