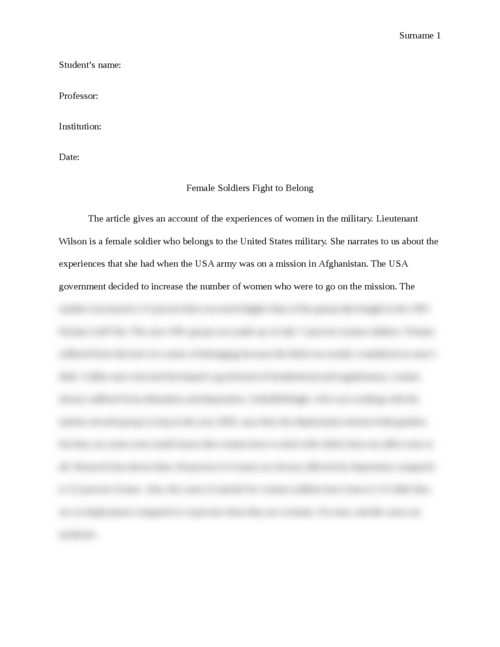 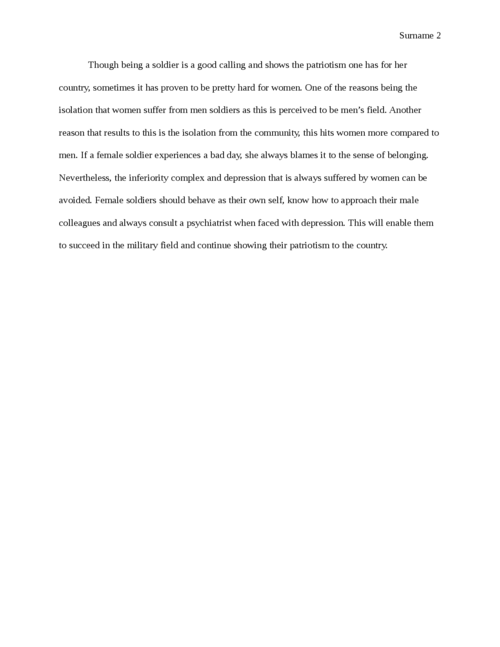 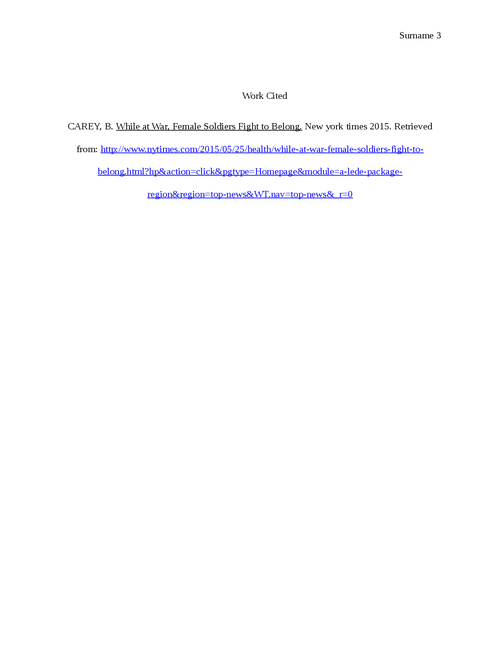 Submit a summary on Nationalism for Module

The article gives an account of the experiences of women in the military. Lieutenant Wilson is a female soldier who belongs to the United States military. She narrates to us about the experiences that she had when the USA army was on a mission in Afghanistan. The USA government decided to increase the number of women who were to go on the mission. The number increased to 15 percent that was much higher than of the group that fought in the 1991 Persian Gulf War. The year 1991 group was made up of only 7 percent women soldiers. Women suffered from the lack of a sense of belonging because the field was mostly considered as men’s field.