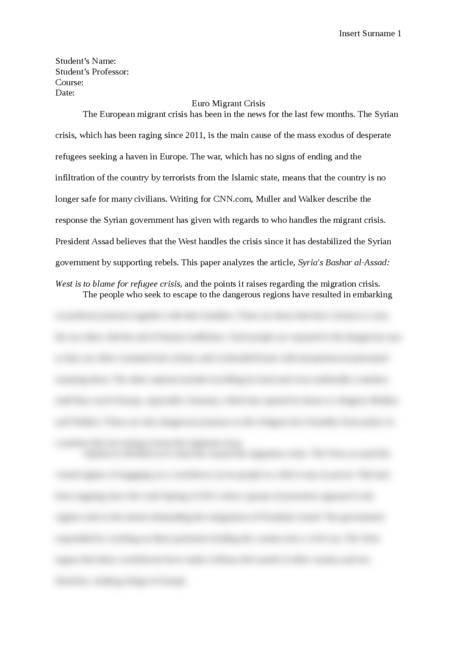 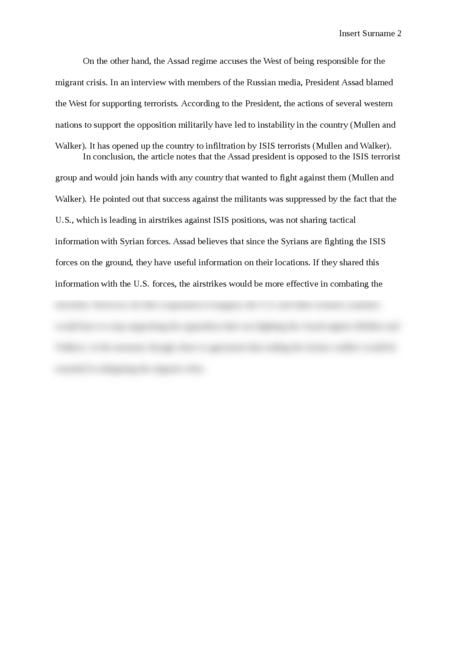 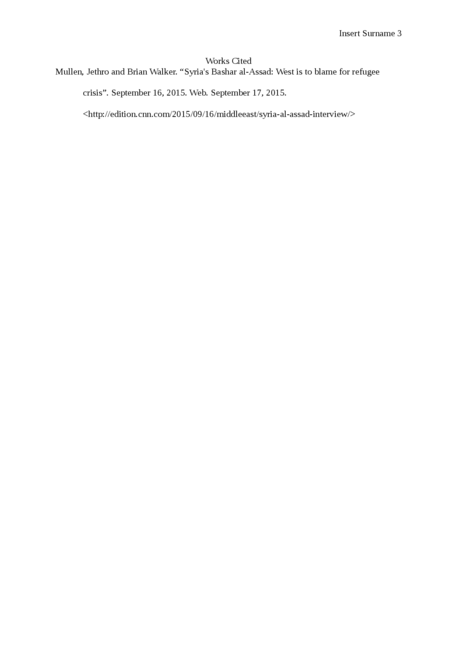 The European migrant crisis has been in the news for the last few months. The Syrian crisis, which has been raging since 2011, is the main cause of the mass exodus of desperate refugees seeking a haven in Europe. The war, which has no signs of ending and the infiltration of the country by terrorists from the Islamic state, means that the country is no longer safe for many civilians. Writing for CNN.com, Muller and Walker describe the response the Syrian government has given with regards to who handles the migrant crisis. President Assad believes that the West handles the crisis since it has destabilized the Syrian government by supporting rebels.