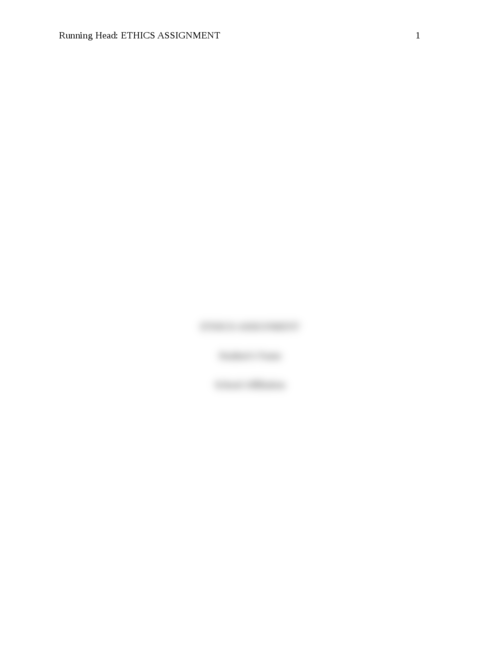 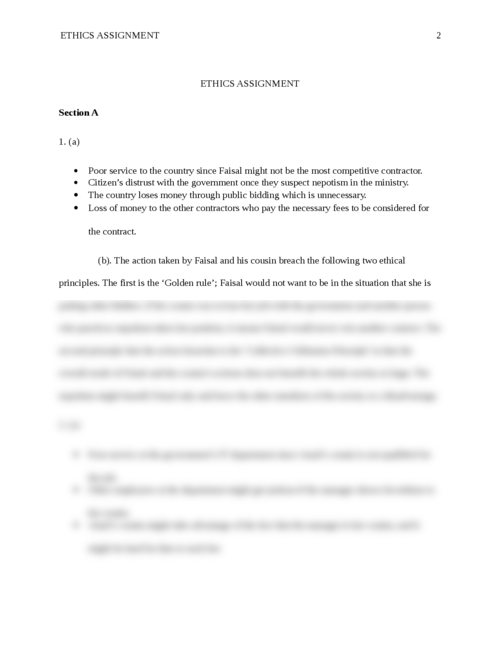 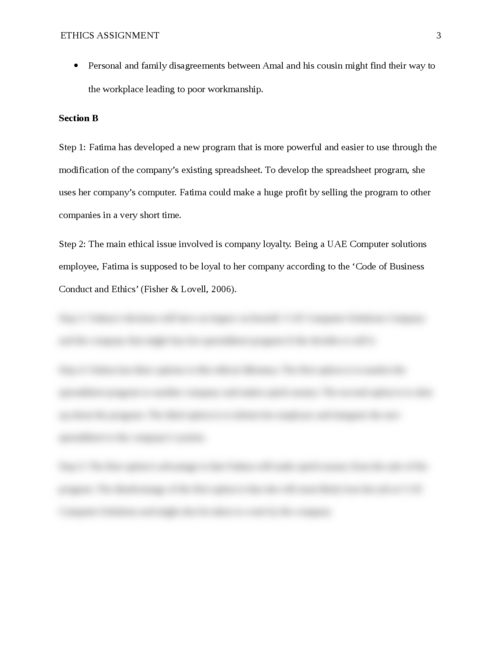 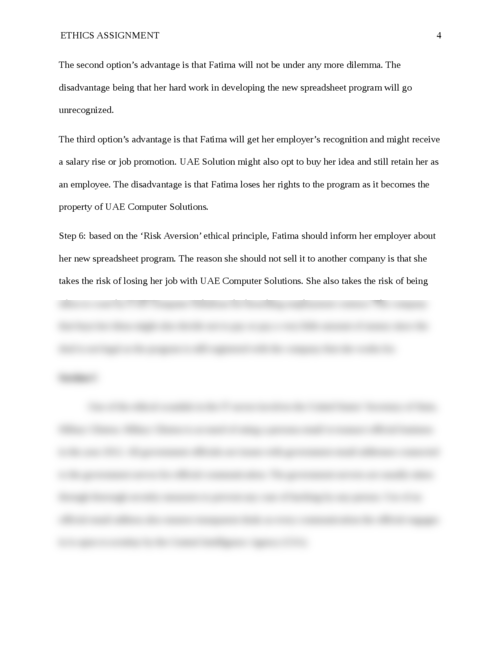 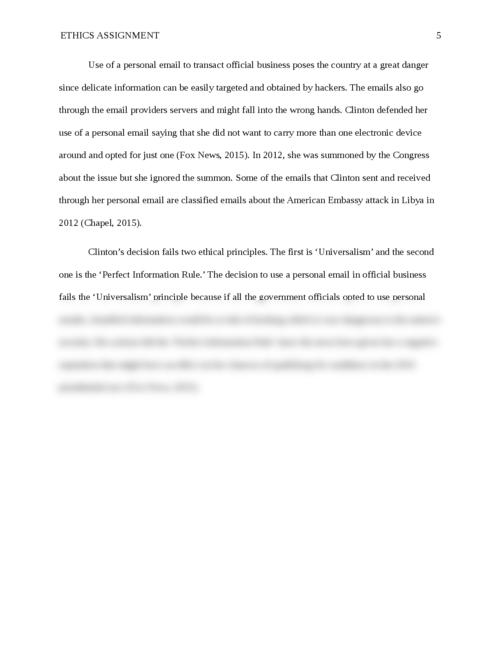 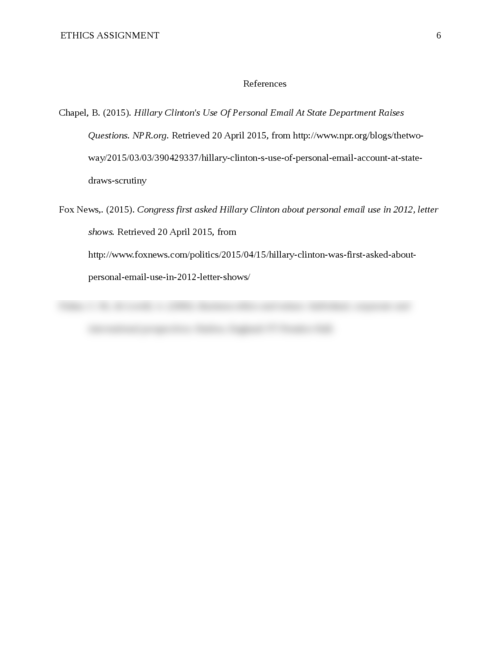 This is an assignment on Ethics – complete it ethically.

Think carefully and analytically about the issues first, then write succinctly. Pay attention to your English – marks will be lost for spelling and grammatical errors.

The following 2 actions are ethically wrong.

For each of the actions:

For the ethical dilemma below assume you are employed by UAE Computer Solutions, a large computer company with approximately 500 employees.  The company is located in the Dubai area.  Read the dilemma and follow the six steps for making ethical decisions. What advice should you give Fatima?  Refer to ethical theories and principles in your analysis.

Your colleague Fatima also works for UAE Computer Solutions. In her spare time while at work, she has modified the company’s spreadsheet program on the computer in her office. It is even more powerful, yet easier to use than anything on the market. She shares her new program with a friend who encourages her to market it on her own because she could probably make an incredible profit in a very short time. This is a very attractive option, yet she developed it using company equipment and during time that you were at work.

She asks you for advice on what she should do?

Research and present the case of a recent ethical scandal in IT. Explain the story using your own words, and explain why the situation was a breach of ethics. (min 250 words)

Although you are the only one who can decide which ethical principles you will follow and how you will prioritize them, it is helpful to consider some ethical principles (based on Ethics Theories) with deep roots in many cultures that have survived throughout recorded history:

The Golden Rule: Do unto others as you would have them do unto you. Putting yourself into the place of others and thinking of yourself as the object of the decision can help you think about fairness in decision making.

Universalism: If an action is not right for all situations then it is not right for any specific situation (Immanuel Kant’s categorical imperative). Ask yourself, “If we adopted this rule in every case, could the organization, or society, survive?”

Slippery Slope: If an action cannot be taken repeatedly, then it is not right to take at all (Descartes’ rule of change). An action may appear to work in one instance to solve a problem, but if repeated, would result in a negative outcome. In plain English, this rule might be stated as: “once started down a slippery path, you may not be able to stop.”

Collective Utilitarian Principle: Take the action that achieves the greater value for all of society. This rule assumes you can prioritize values in a rank order and understand the consequences of various courses of action.

Risk Aversion: Take the action that produces the least harm, or the least potential cost. Some actions have extremely high failure costs of very low probability (e.g. building a nuclear generating facility in an urban area) or extremely high failure costs of moderate probability (speeding and automobile accidents). Avoid the high-failure cost actions and choose those actions whose consequences would not be catastrophic, even if there were a failure.

No Free Lunch: assume that virtually all tangible and intangible objects are owned by someone else unless there is a specific declaration otherwise. (This is the ethical “no free lunch” rule.) If something someone else has created is useful to you, it has value and you should assume the creator wants compensation for this work.

The New York Times Test (Perfect Information Rule): Assume that the results of your decision on a matter will be the subject of the lead article in the New York Times the next day. Will the reaction of readers be positive or negative? Would your parents, friends, and children be proud of your decision? Most criminals and unethical actors assume imperfect information, and therefore they assume their decisions and actions will never be revealed. When making decisions involving ethical dilemmas, it is wise to assume perfect information markets.

The Social Contract Rule: Would you like to live in a society where the principle you are supporting would become an organizing principle of the entire society? For instance, you might think it is wonderful to download illegal copies of music, tracks, but you might not want to live in a society that did not respect property rights, such as your property rights to the car in your driveway, or your rights to a term paper or original art.

(b). The action taken by Faisal and his cousin breach the following two ethical principles. The first is the ‘Golden rule’; Faisal would not want to be in the situation that she is putting other bidders. If his cousin was to lose her job with the government and another person who practices nepotism takes her position, it means Faisal would never win another contract. The second principle that the action breaches is the ‘Collective Utilitarian Principle’ in that the overall result of Faisal and his cousin’s actions does not benefit the whole society at large. The nepotism might benefit Faisal only and leave the other members of the society at a disadvantage.