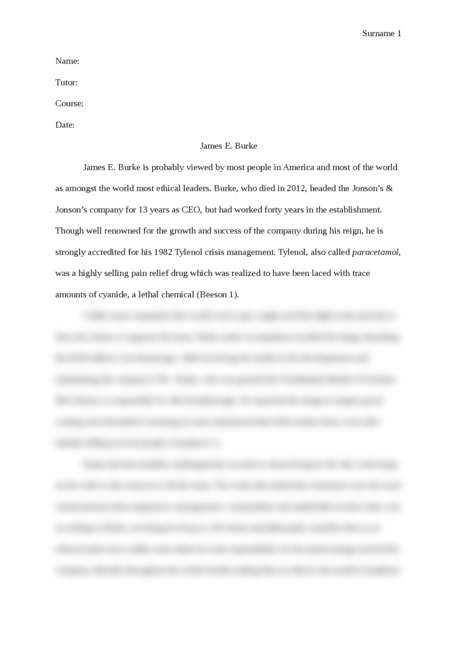 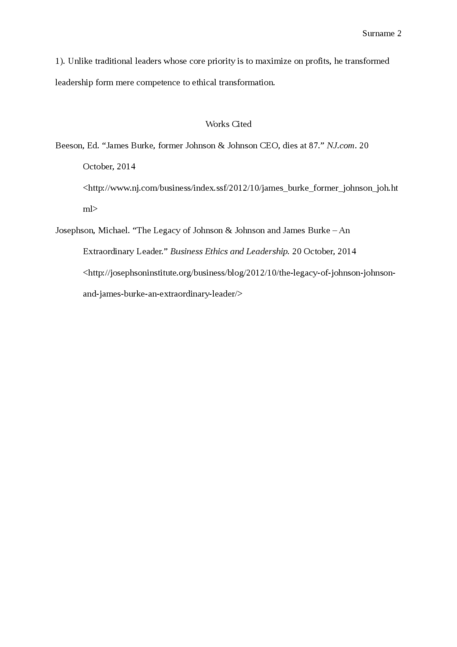 Research a leader from the past 5 years that you would consider to be an ethical leader. Explain :

James E. Burke is probably viewed by most people in America and most of the world as amongst the world most ethical leaders. Burke, who died in 2012, headed the Jonson’s & Jonson’s company for 13 years as CEO, but had worked forty years in the establishment. Though well renowned for the growth and success of the company during his reign, he is strongly accredited for his 1982 Tylenol crisis management. Tylenol, also called paracetamol, was a highly selling pain relief drug which was realized to have been laced with trace amounts of cyanide, a lethal chemical (Beeson 1).