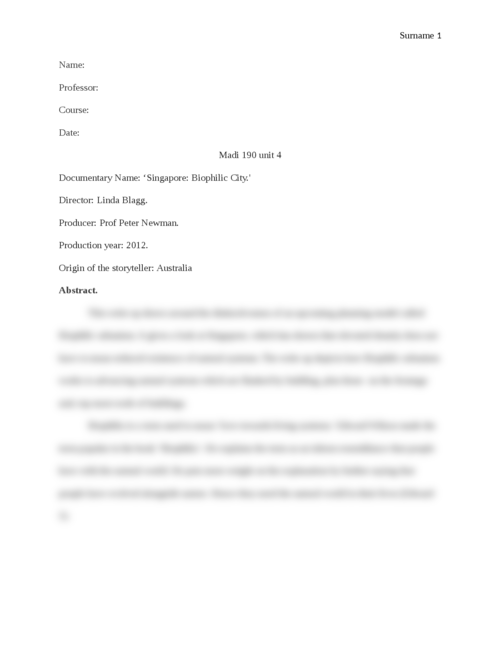 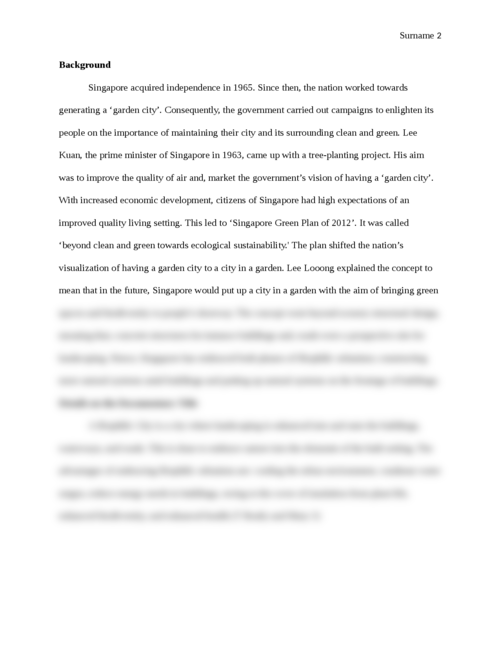 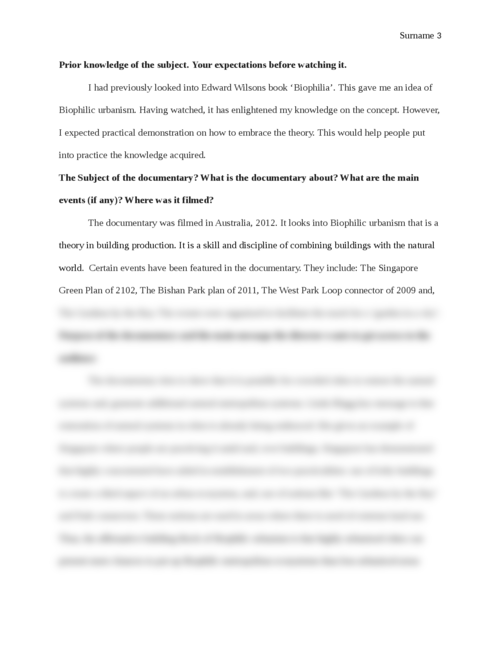 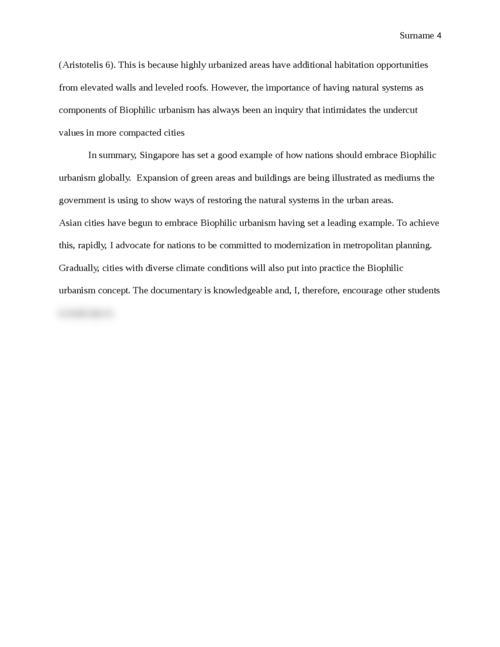 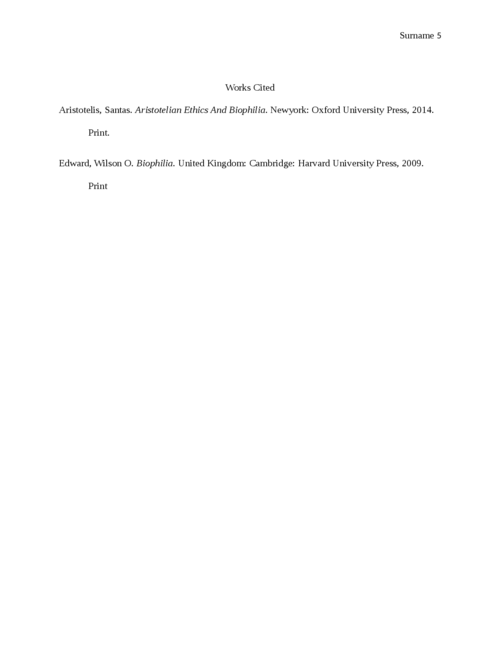 Please Review the documentary “Singapore: Biophilic City”, which is on Blackboard.

The written assignment should be in the following format:

Origin of the storyteller: Australia

This write up draws around the distinctiveness of an upcoming planning model called Biophilic urbanism. It gives a look at Singapore, which has shown that elevated density does not have to mean reduced existence of natural systems. The write up depicts how Biophilic urbanism works to advancing natural systems which are flanked by building, plus those  on the frontage and, top most roofs of buildings.

Biophilia is a term used to mean ‘love towards living systems.' Edward Wilson made the term popular in his book ‘Biophilia’. He explains the term as an inborn resemblance that people have with the natural world. He puts more weight on his explanation by further saying that people have evolved alongside nature. Hence they need the natural world in their lives (Edward3).