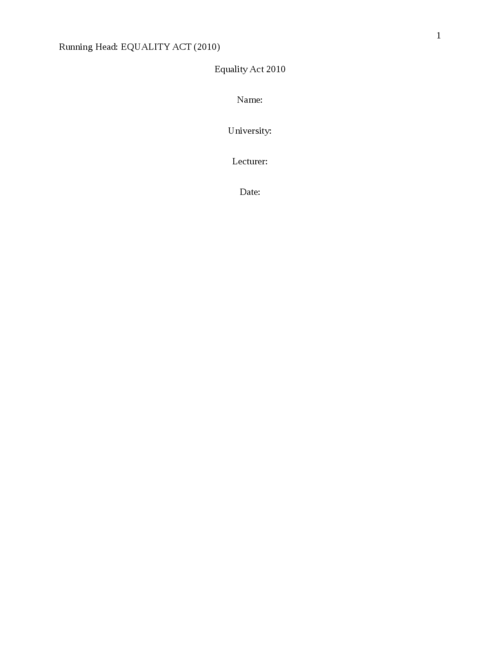 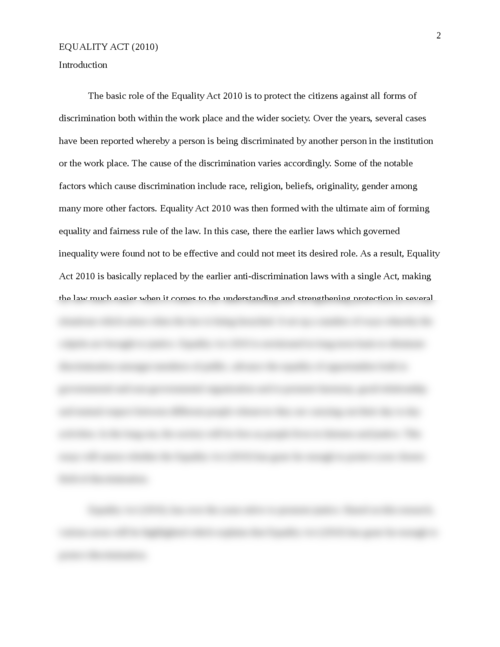 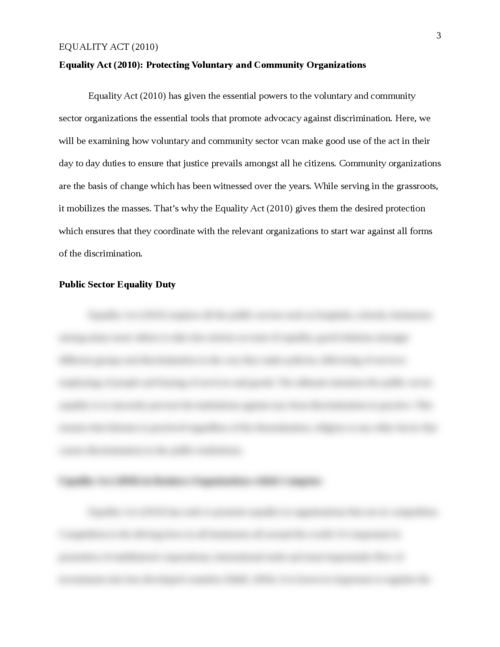 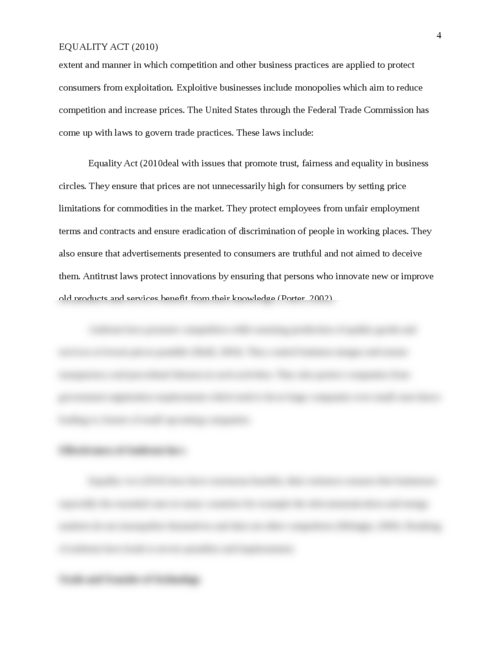 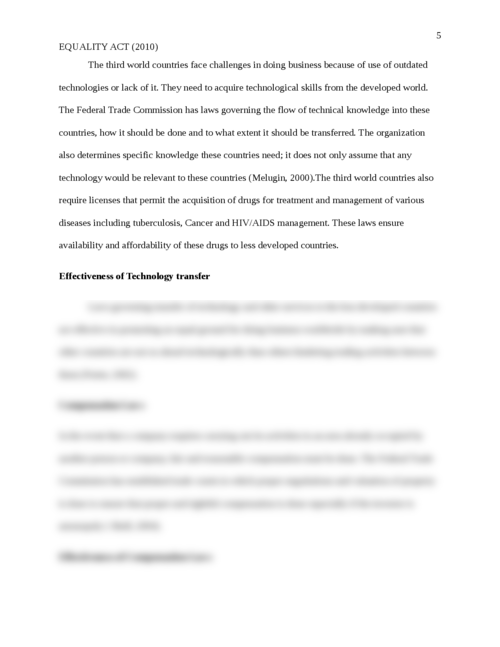 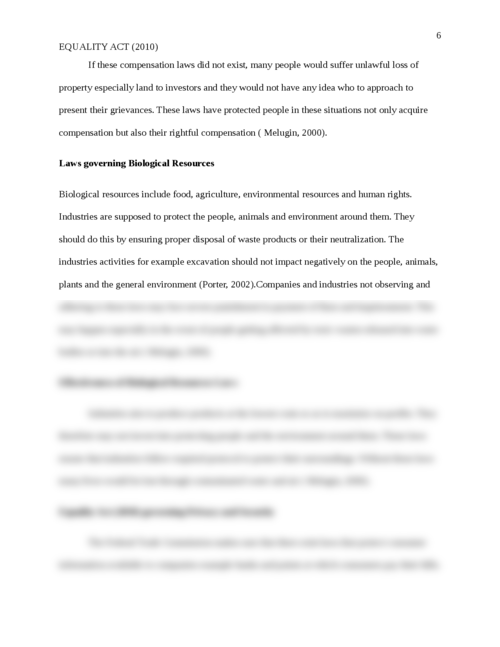 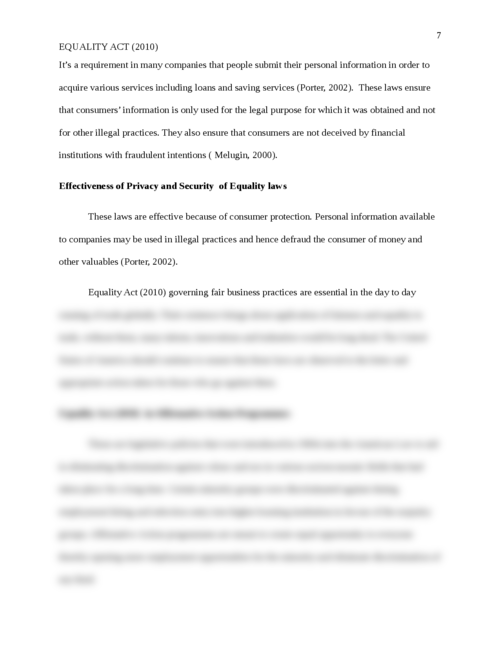 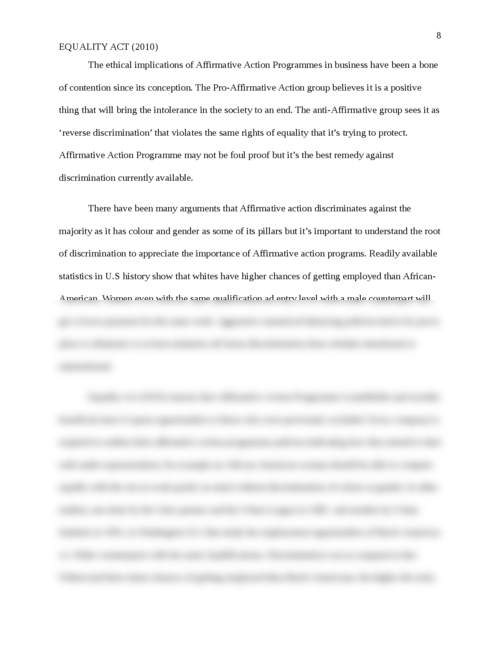 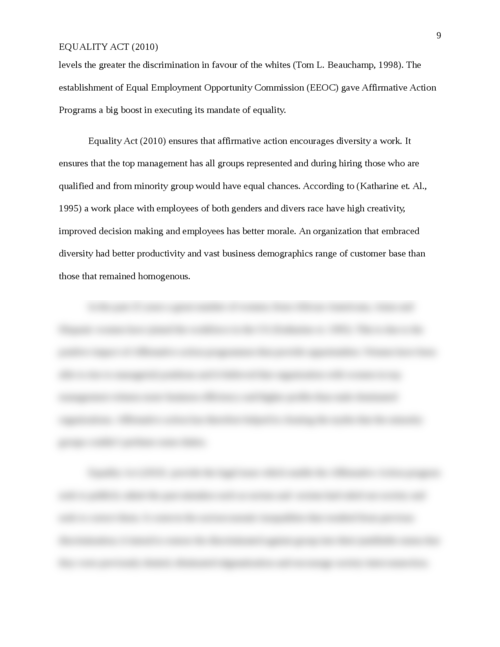 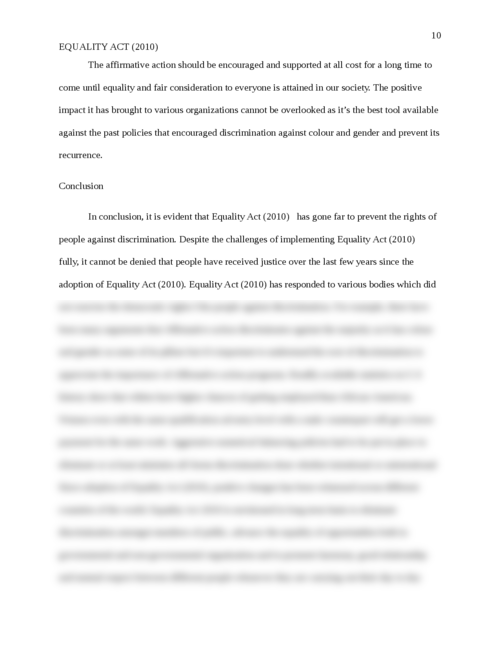 The basic role of the Equality Act 2010 is to protect the citizens against all forms of discrimination both within the work place and the wider society. Over the years, several cases have been reported whereby a person is being discriminated by another person in the institution or the work place. The cause of the discrimination varies accordingly. Some of the notable factors which cause discrimination include race, religion, beliefs, originality, gender among many more other factors.