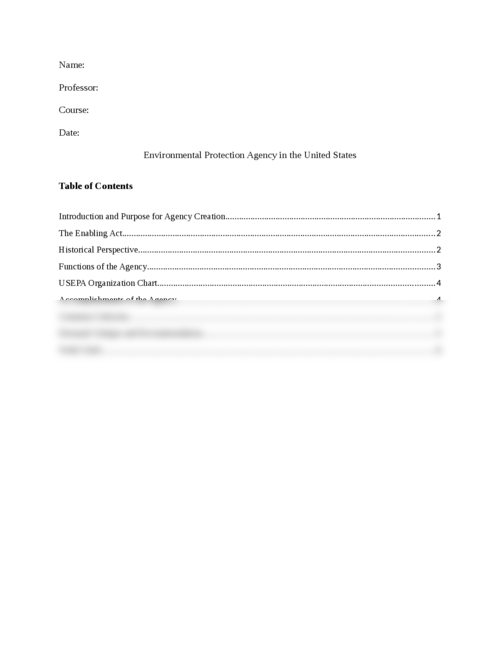 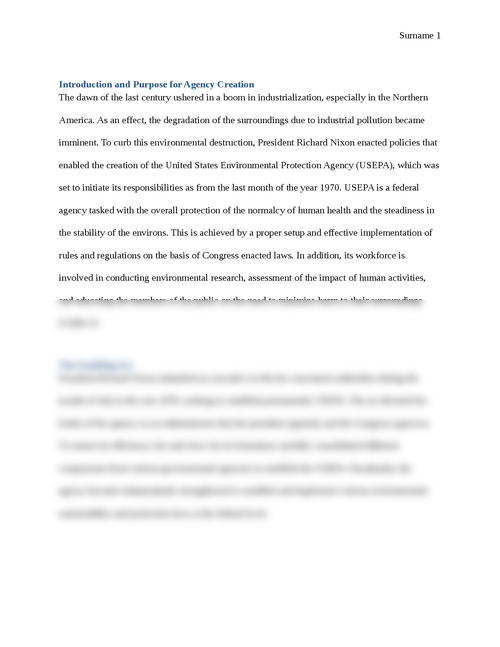 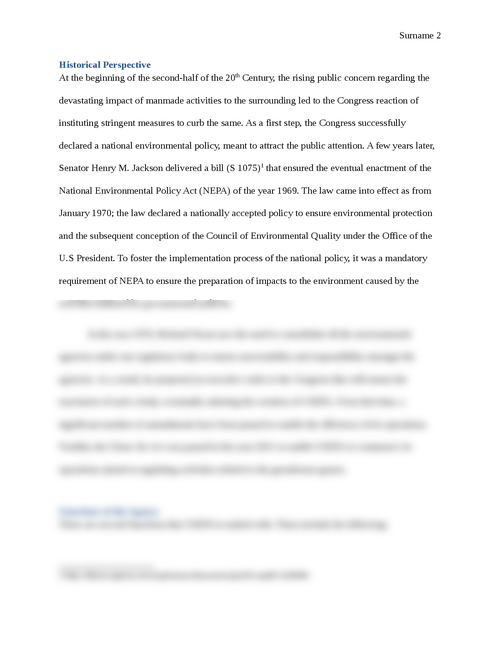 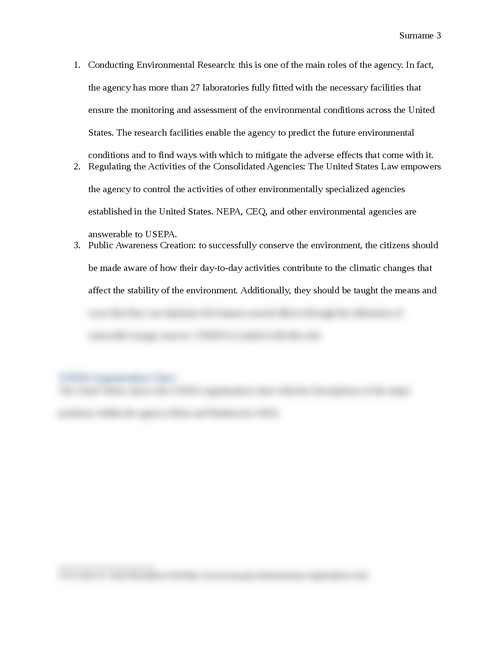 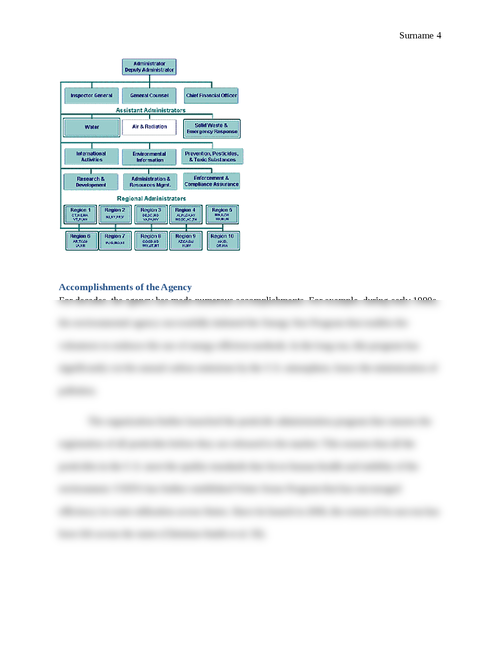 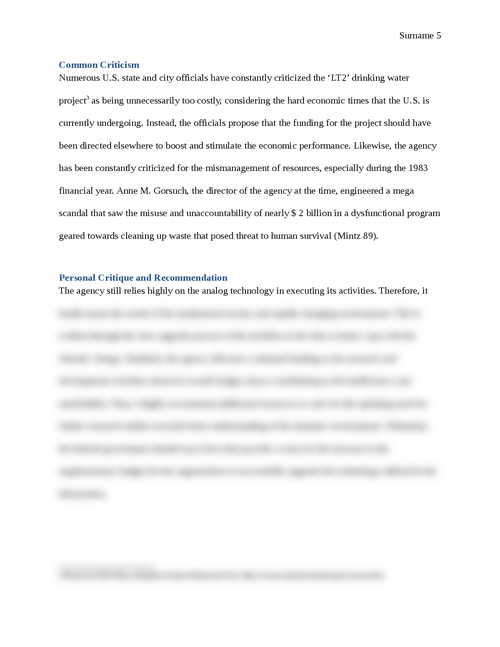 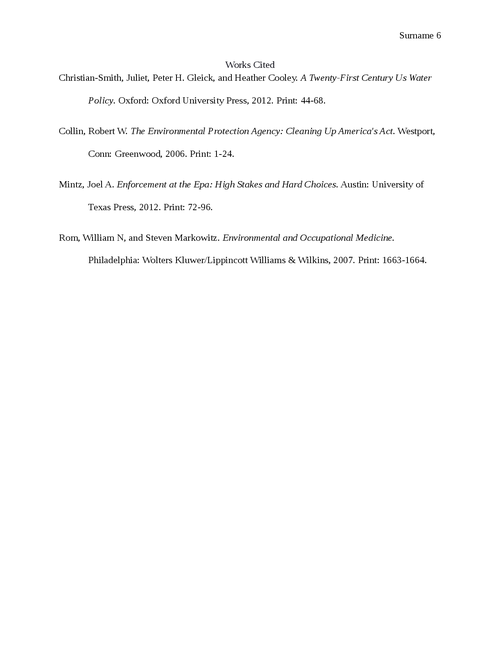 Introduction and Purpose for Agency Creation

The dawn of the last century ushered in a boom in industrialization, especially in the Northern America. As an effect, the degradation of the surroundings due to industrial pollution became imminent. To curb this environmental destruction, President Richard Nixon enacted policies that enabled the creation of the United States Environmental Protection Agency (USEPA), which was set to initiate its responsibilities as from the last month of the year 1970. USEPA is a federal agency tasked with the overall protection of the normalcy of human health and the steadiness in the stability of the environs. This is achieved by a proper setup and effective implementation of rules and regulations on the basis of Congress enacted laws. In addition, its workforce is involved in conducting environmental research, assessment of the impact of human activities, and educating the members of the public on the need to minimize harm to their surroundings (Collin 3).