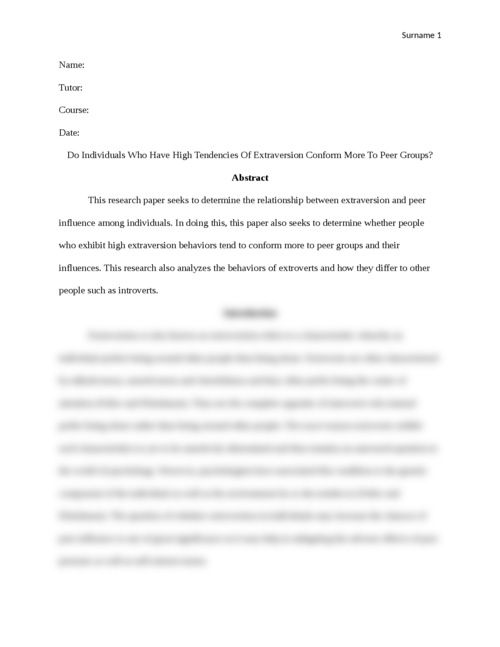 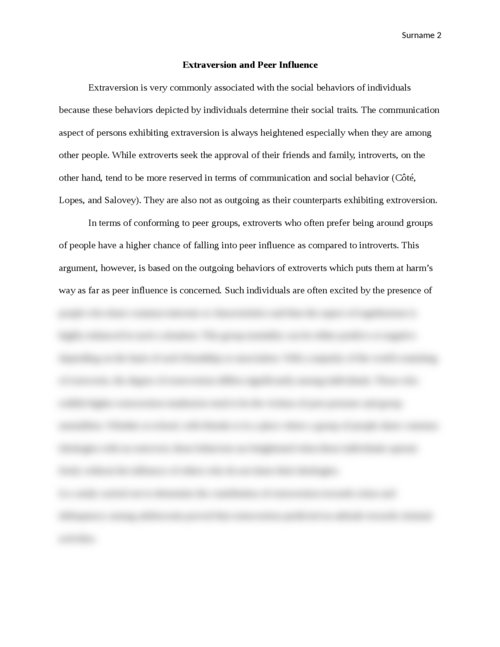 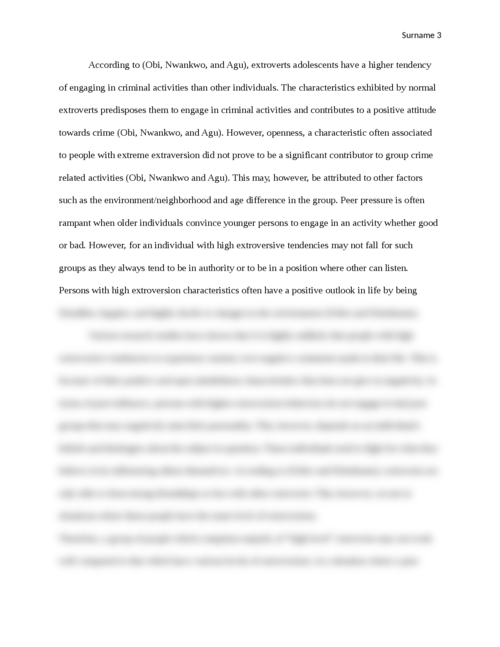 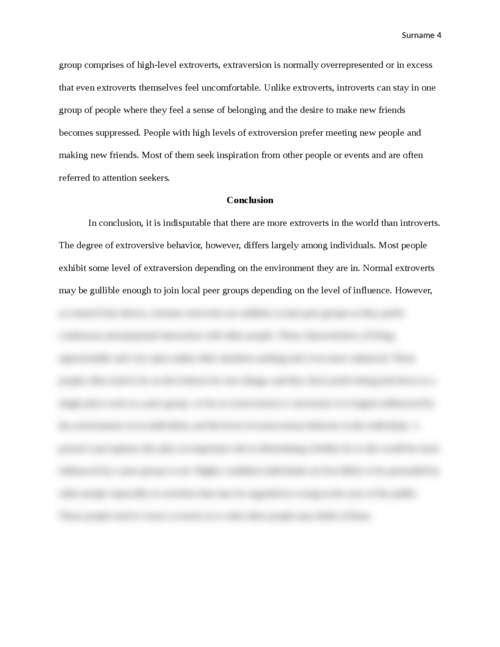 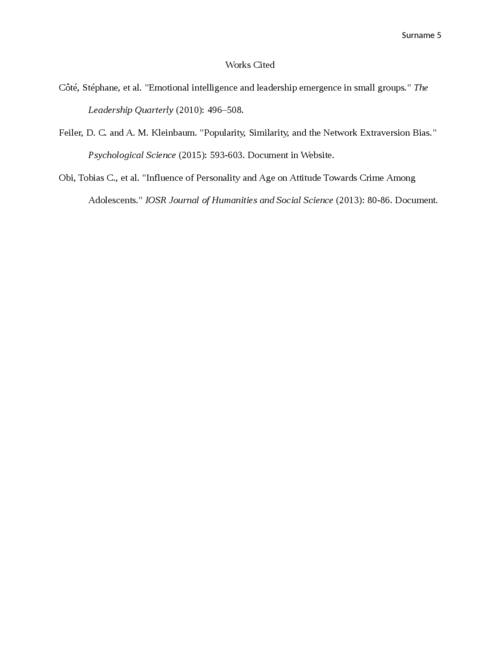 Effect Of Peers On The Social Development Of Adolescents

Write on the question “What is the effect of peers on the social development of adolescents?”

Do Individuals Who Have High Tendencies Of Extraversion Conform More To Peer Groups?

This research paper seeks to determine the relationship between extraversion and peer influence among individuals. In doing this, this paper also seeks to determine whether people who exhibit high extraversion behaviors tend to conform more to peer groups and their influences. This research also analyzes the behaviors of extroverts and how they differ to other people such as introverts.

Extraversion or also known as extroversion refers to a characteristic whereby an individual prefers being around other people than being alone. Extroverts are often characterized by talkativeness, assertiveness and cheerfulness and they often prefer being the center of attention (Feiler and Kleinbaum). They are the complete opposite of introverts who instead prefer being alone rather than being around other people. The exact reason extroverts exhibit such characteristics is yet to be assertively determined and thus remains an answered question in the world of psychology.