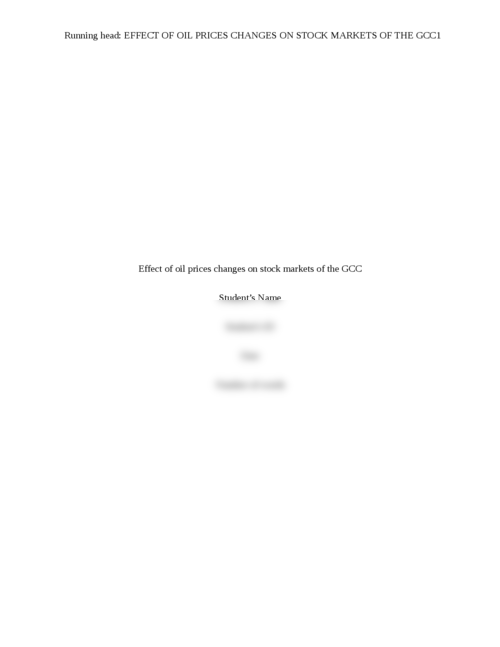 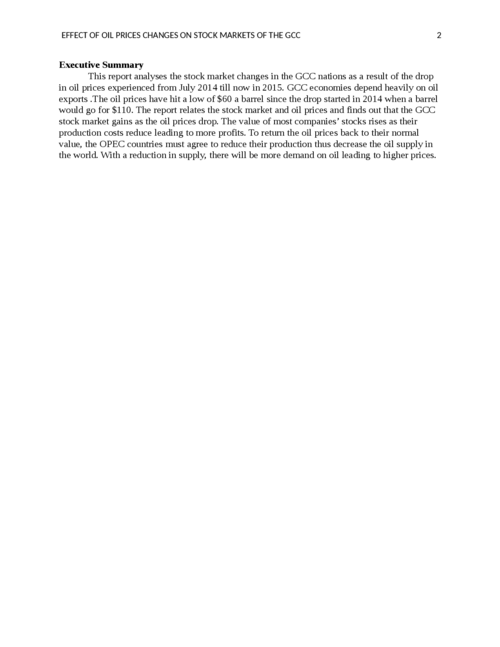 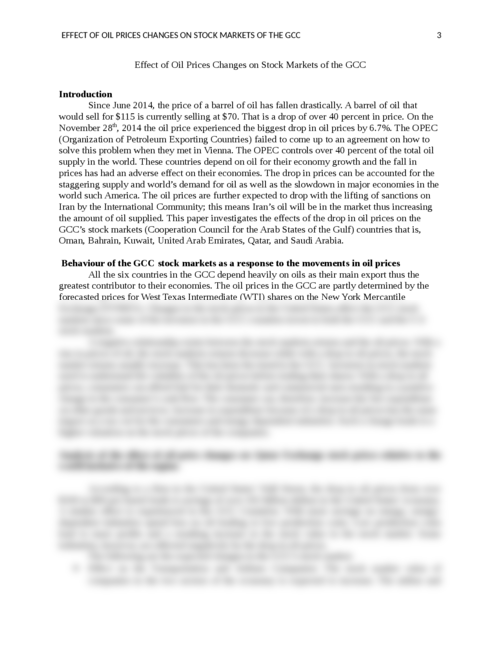 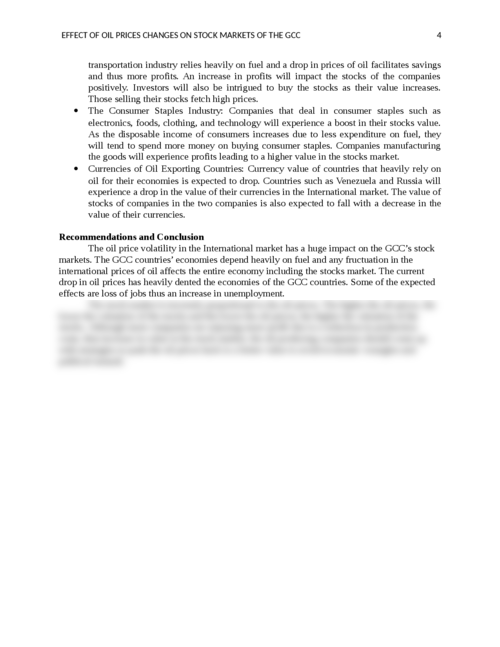 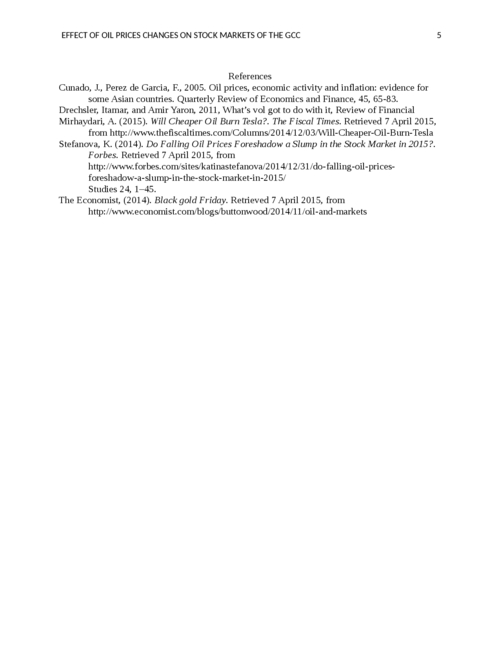 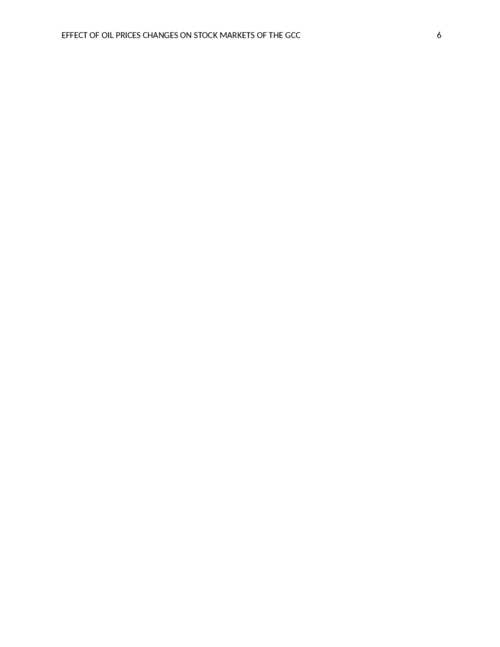 Effect Of Oil Prices Changes On Stock Markets Of The Gcc

Write a paper analyzing  the stock market changes in the GCC nations as a result of the drop in oil prices experienced from July 2014 till now in 2015. GCC economies depend heavily on oil exports .

This report analyses the stock market changes in the GCC nations as a result of the drop in oil prices experienced from July 2014 till now in 2015. GCC economies depend heavily on oil exports .The oil prices have hit a low of $60 a barrel since the drop started in 2014 when a barrel would go for $110. The report relates the stock market and oil prices and finds out that the GCC stock market gains as the oil prices drop. The value of most companies’ stocks rises as their production costs reduce leading to more profits. To return the oil prices back to their normal value, the OPEC countries must agree to reduce their production thus decrease the oil supply in the world. With a reduction in supply, there will be more demand on oil leading to higher prices.

Since June 2014, the price of a barrel of oil has fallen drastically. A barrel of oil that would sell for $115 is currently selling at $70. That is a drop of over 40 percent in price. On the November 28 th , 2014 the oil price experienced the biggest drop in oil prices by 6.7%. The OPEC (Organization of Petroleum Exporting Countries) failed to come up to an agreement on how to solve this problem when they met in Vienna. The OPEC controls over 40 percent of the total oil supply in the world. These countries depend on oil for their economy growth and the fall in prices has had an adverse effect on their economies. The drop in prices can be accounted for the staggering supply and world’s demand for oil as well as the slowdown in major economies in the world such America. The oil prices are further expected to drop with the lifting of sanctions on Iran by the International Community; this means Iran’s oil will be in the market thus increasing the amount of oil supplied. This paper investigates the effects of the drop in oil prices on the GCC’s stock markets (Cooperation Council for the Arab States of the Gulf) countries that is, Oman, Bahrain, Kuwait, United Arab Emirates, Qatar, and Saudi Arabia.