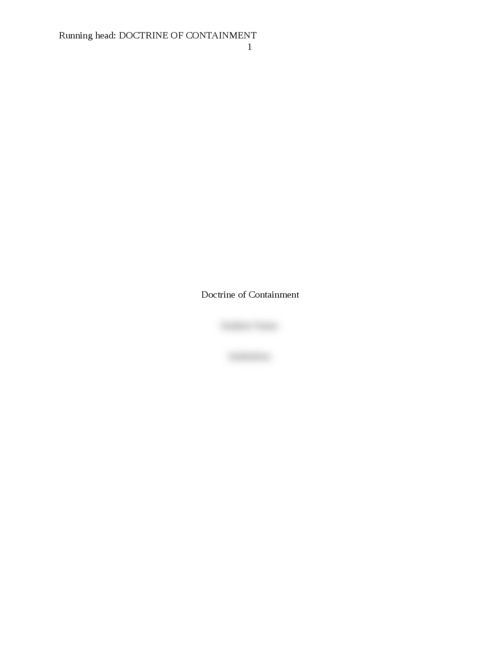 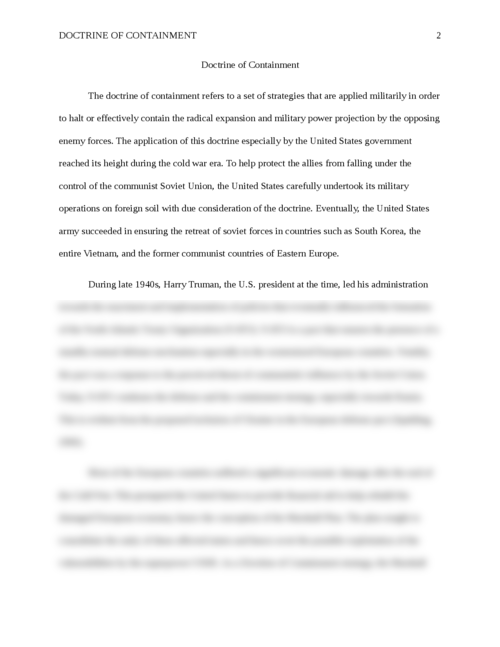 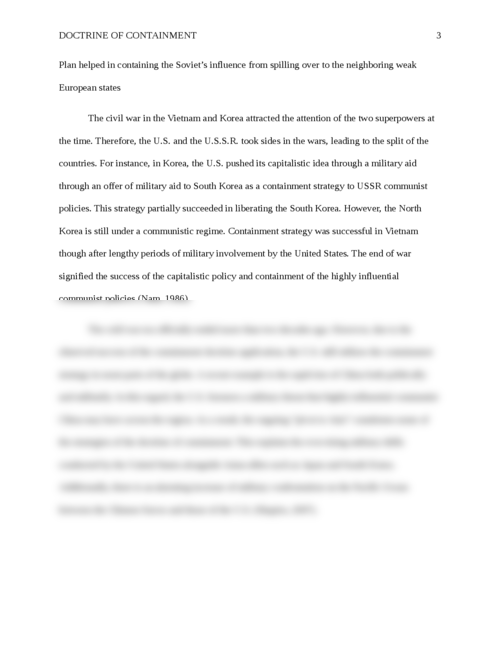 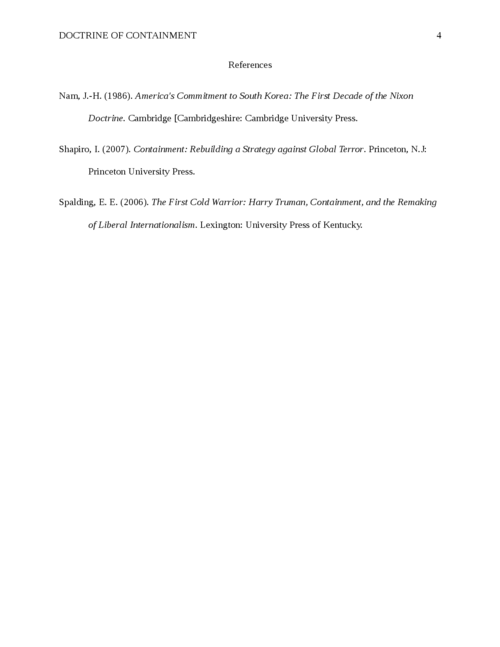 In 1947, The Sources of Soviet Conduct by George F. Kennan, published in this magazine, introduced the Doctrine of Containment.

Research and discuss George F. Kennan's Doctrine of Containment. Describe how it has influenced American foreign policy with particular emphasis on the Truman Doctrine, the Marshall Plan, and the Korean and Vietnam conflicts. Give an example of where this policy is in effect today.

The doctrine of containment refers to a set of strategies that are applied militarily in order to halt or effectively contain the radical expansion and military power projection by the opposing enemy forces. The application of this doctrine especially by the United States government reached its height during the cold war era. To help protect the allies from falling under the control of the communist Soviet Union, the United States carefully undertook its military operations on foreign soil with due consideration of the doctrine. Eventually, the United States army succeeded in ensuring the retreat of soviet forces in countries such as South Korea, the entire Vietnam, and the former communist countries of Eastern Europe.