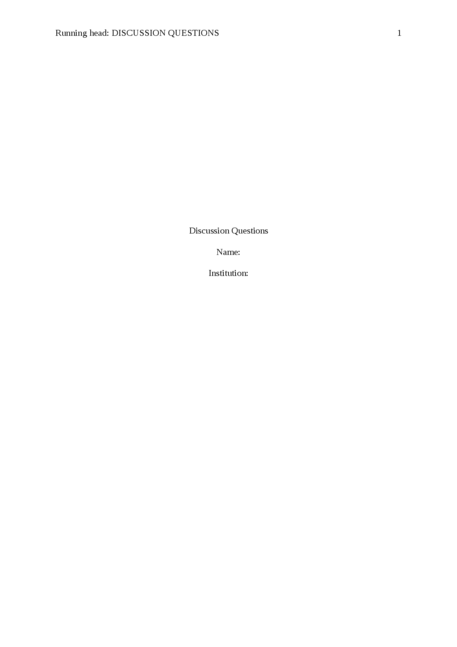 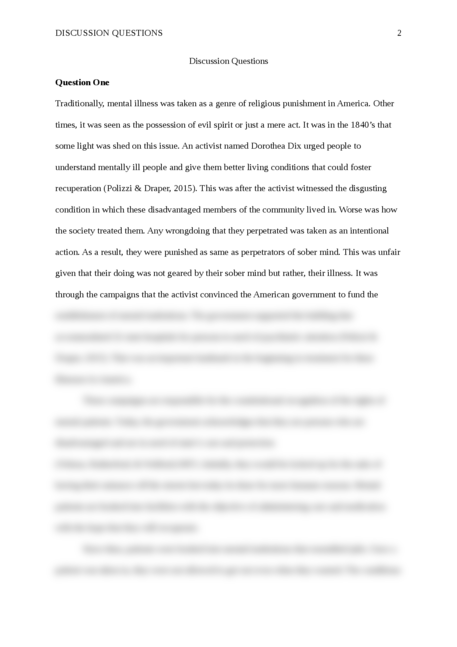 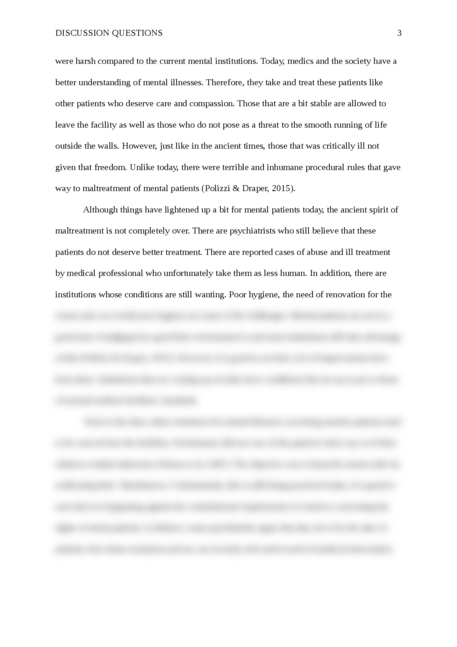 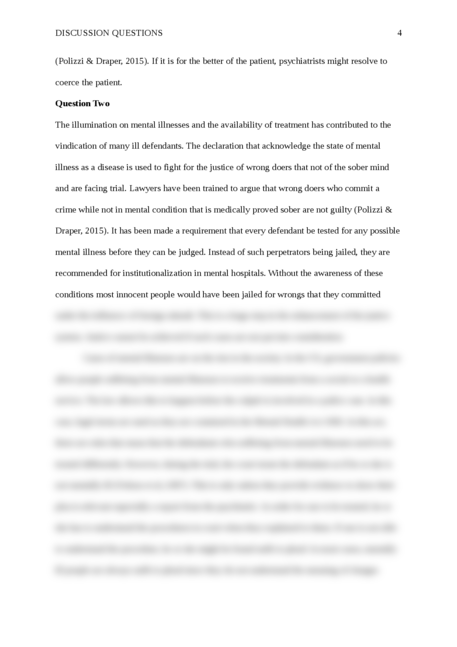 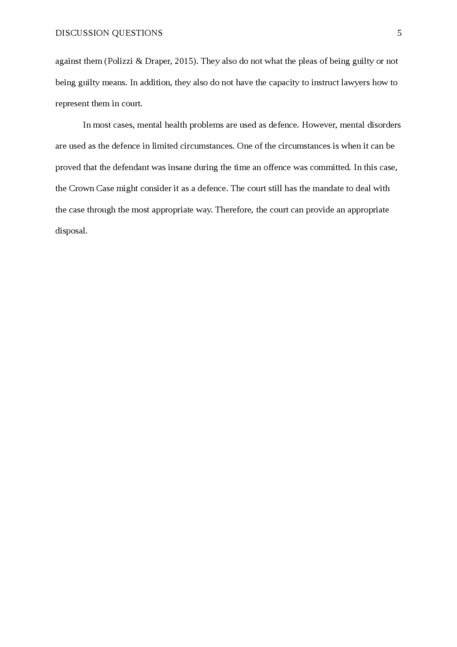 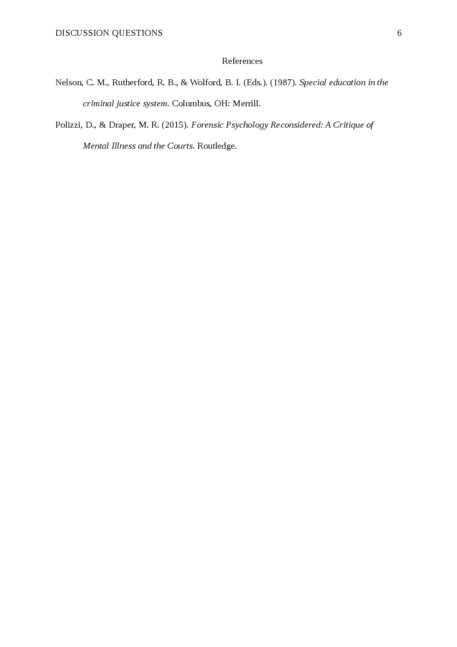 The exam is made up of three questions and you are required to answer two.

1) In chapter three of Forensic psychology Reconsidered: A Critique of Mental Illness and the Courts, the authors provide a brief history of mental illness in America. Discuss the Ways in which the beginning treatment of the mentally ill in America reflects certain general aspects Of the current situation.

2) In chapter four of Forensic Psychology Reconsidered: A Critique of Mental Illness and the Courts, the topic of competency to stand trial is discussed. First, briefly identify the conceptualization of this topic and its importance in American jurisprudence and then identify and discuss the
supreme Court ruling that establish this concept as a constitutionally protected right.

3) In chapter five of Forensic Psychology Reconsidered: A Critique of Mental Illness and the Courts, a variety of other pre-trial competency issues are discussed. Of particular focus is the issue of waiving the right to counsel. Discuss the various issues raised in the three Supreme Court rulings discussed in class related to the topic of the right to refuse assistance of counsel.

Traditionally, mental illness was taken as a genre of religious punishment in America. Other times, it was seen as the possession of evil spirit or just a mere act. It was in the 1840’s that some light was shed on this issue. An activist named Dorothea Dix urged people to understand mentally ill people and give them better living conditions that could foster recuperation (Polizzi & Draper, 2015). This was after the activist witnessed the disgusting condition in which these disadvantaged members of the community lived in. Worse was how the society treated them. Any wrongdoing that they perpetrated was taken as an intentional action. As a result, they were punished as same as perpetrators of sober mind.