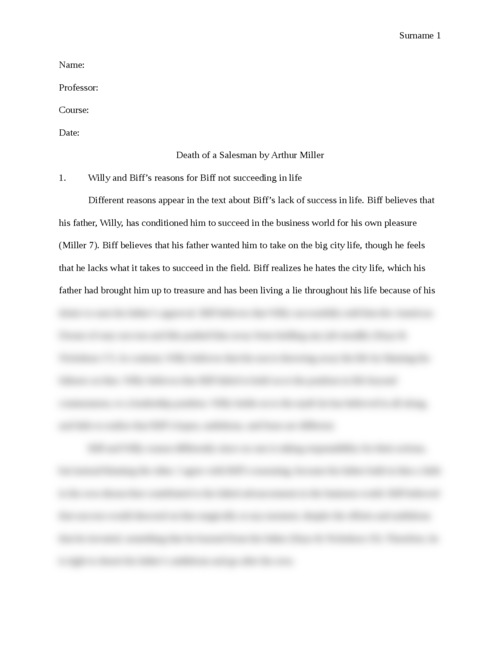 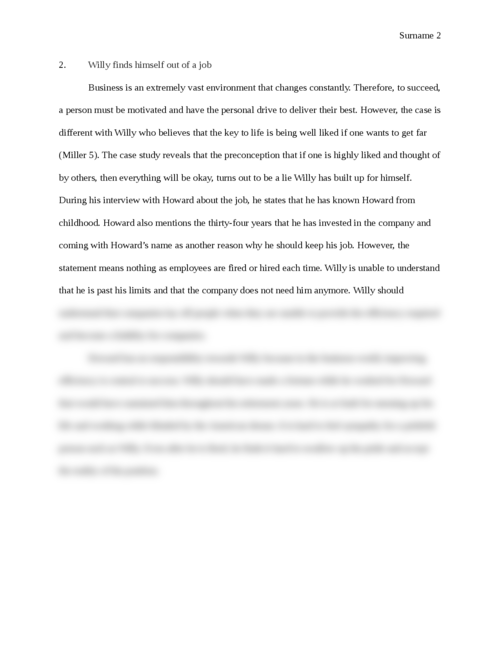 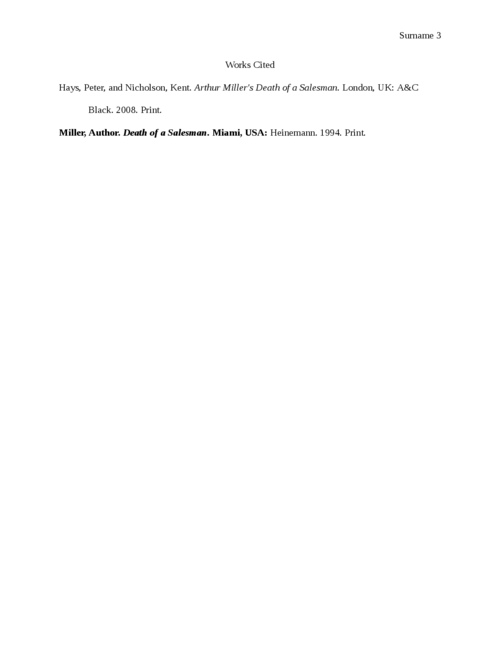 Death Of A Salesman By Arthur Miller

Death of a Salesman by Arthur Miller

1) While both Willy and Biff would agree that Biff is not succeeding in life, they give different reasons for this lack of success. How does their reasoning different? Who would you argue is more reasonable to you if either of them is correct?

2) When Willy is interviewed by Howard he finds himself out of a job. Though he has worked for Howard’s company for many years as he is no longer capable of performing his duties.

Was this a fair decision on Howard's part or did he have a responsibility to Willy? Do you feel sympathy for Willy or is it his own fault that he is in this predicament?

Death of a Salesman by Arthur Miller

Different reasons appear in the text about Biff’s lack of success in life. Biff believes that his father, Willy, has conditioned him to succeed in the business world for his own pleasure (Miller 7). Biff believes that his father wanted him to take on the big city life, though he feels that he lacks what it takes to succeed in the field. Biff realizes he hates the city life, which his father had brought him up to treasure and has been living a lie throughout his life because of his desire to earn his father’s approval. Biff believes that Willy successfully sold him the American Dream of easy success and this pushed him away from holding any job steadily (Hays & Nicholson 17). In contrast, Willy believes that his son is throwing away his life by blaming his failures on him. Willy believes that Biff failed to hold on to his position in life beyond commonness, to a leadership position. Willy holds on to the myth he has believed in all along, and fails to realize that Biff’s hopes, ambitions, and fears are different.