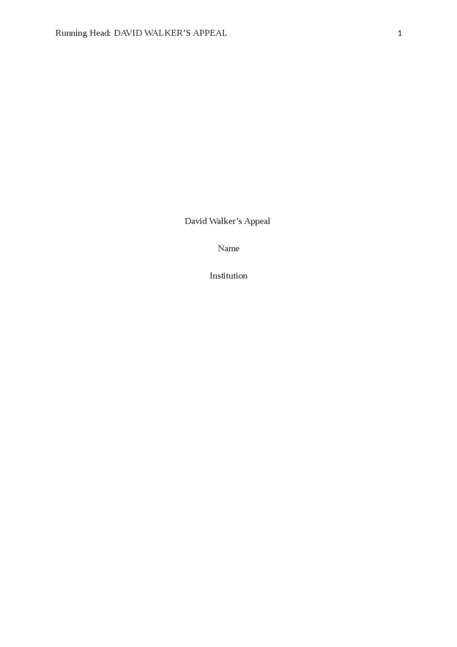 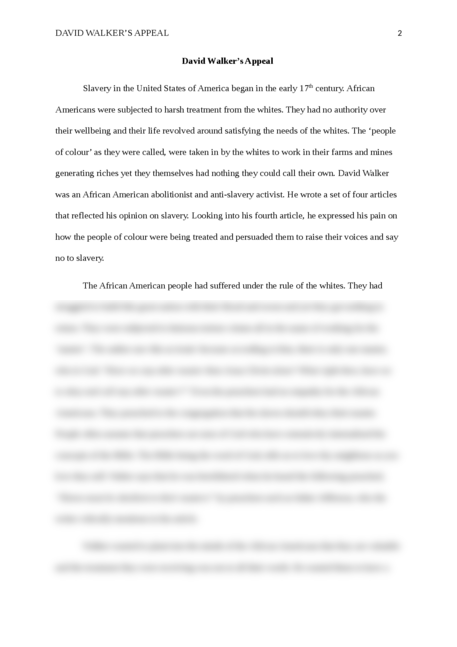 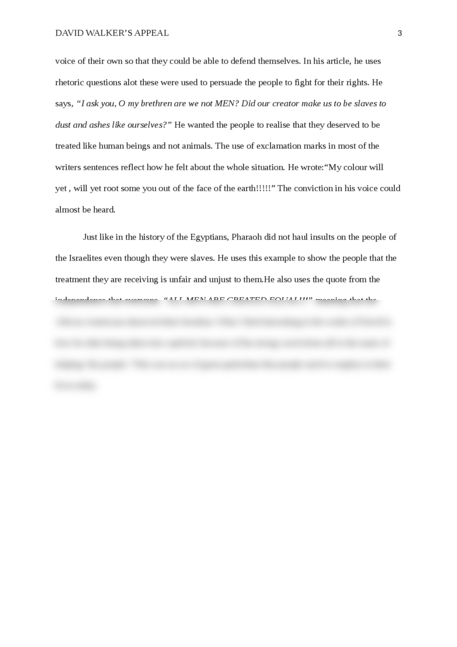 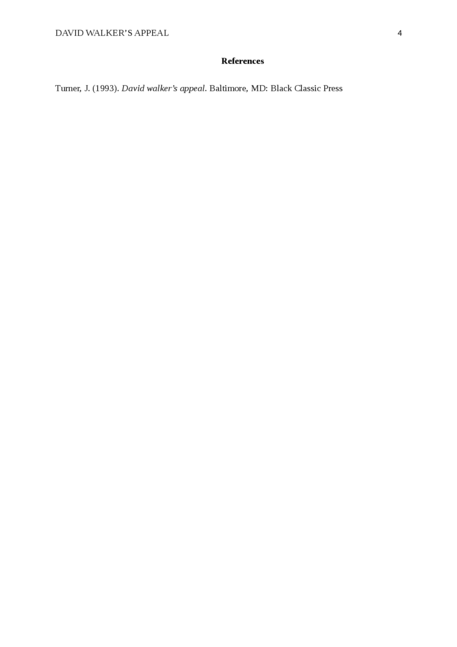 Respond by critically reflecting upon Article IV of David
Walker’s Appeal. The response can include personal reactions to certain concepts or ideas presented by Walker, the importance of language and emotion in Walker's Appeal, and his use of historical events as a tool of persuasion.

Slavery in the United States of America began in the early 17th century. African Americans were subjected to harsh treatment from the whites. They had no authority over their wellbeing and their life revolved around satisfying the needs of the whites. The ‘people of colour’ as they were called, were taken in by the whites to work in their farms and mines generating riches yet they themselves had nothing they could call their own. David Walker was an African American abolitionist and anti-slavery activist. He wrote a set of four articles that reflected his opinion on slavery. Looking into his fourth article, he expressed his pain on how the people of colour were being treated and persuaded them to raise their voices and say no to slavery.