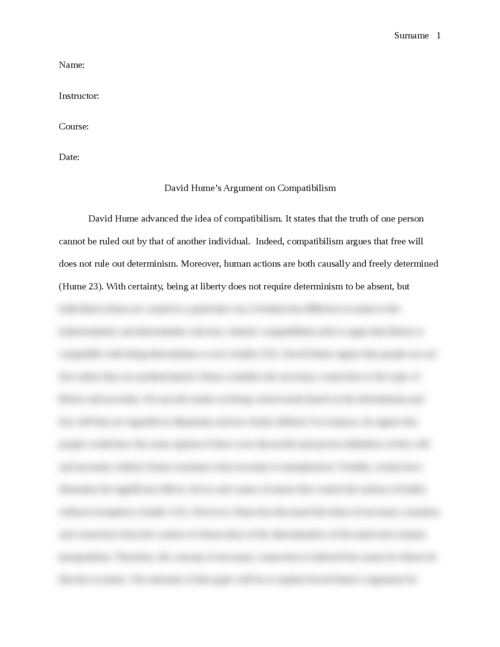 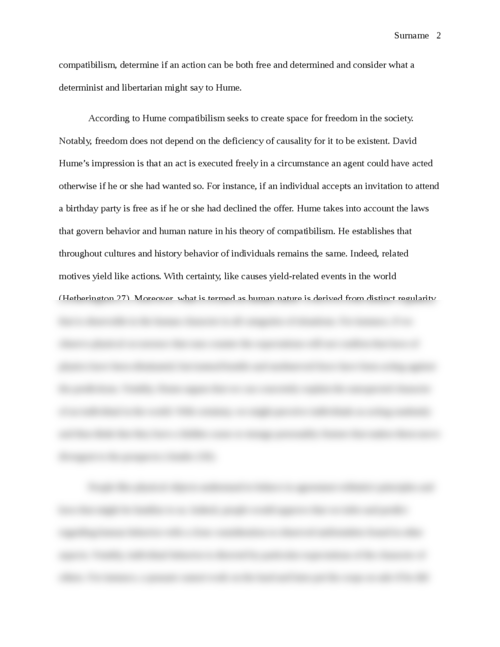 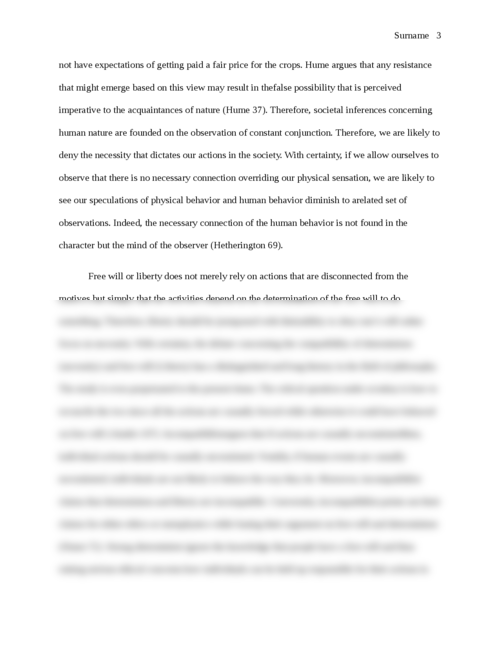 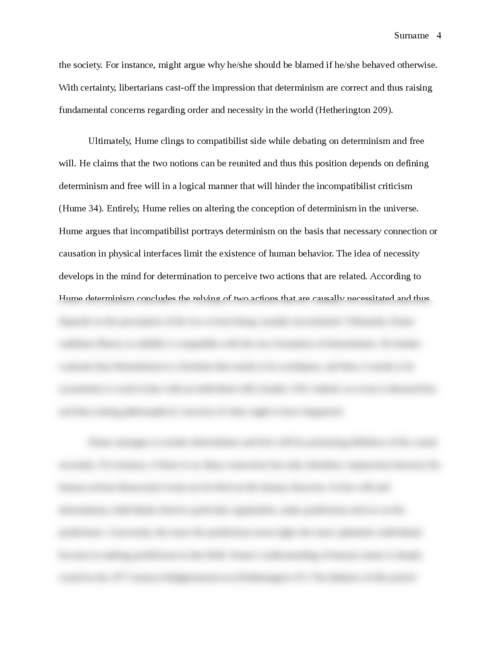 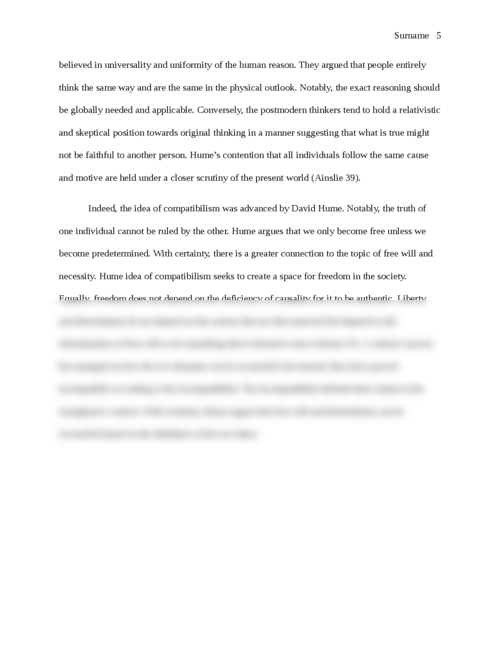 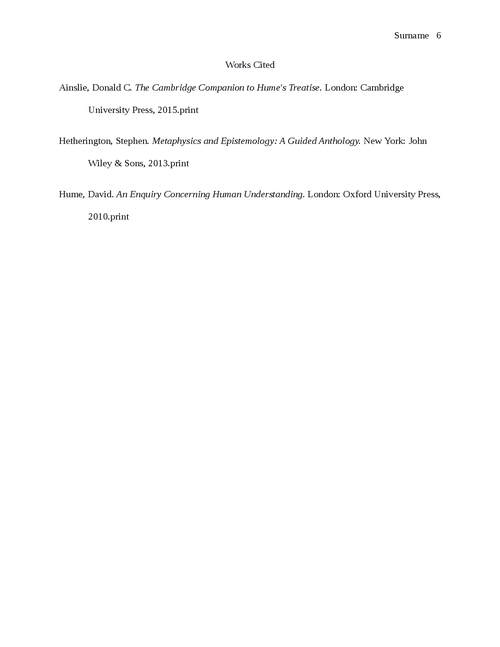 David Hume advanced the idea of compatibilism. It states that the truth of one person cannot be ruled out by that of another individual. Indeed, compatibilism argues that free will does not rule out determinism. Moreover, human actions are both causally and freely determined (Hume 23). With certainty, being at liberty does not require determinism to be absent, but individual actions are caused in a particular way. Freedom has different accounts in the indeterministic and deterministic universe. Indeed, compatibilists seek to argue that liberty is compatible with being determinism or not (Ainslie 235). David Hume argues that people are not free unless they are predetermined. Hume considers the necessary connection to the topic of liberty and necessity. He sees the matter as being controversial based on the determinism and free will that are regarded as disputants and not clearly defined.