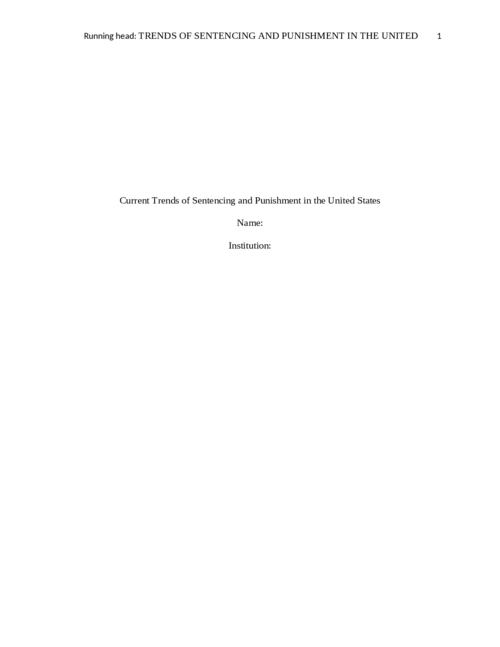 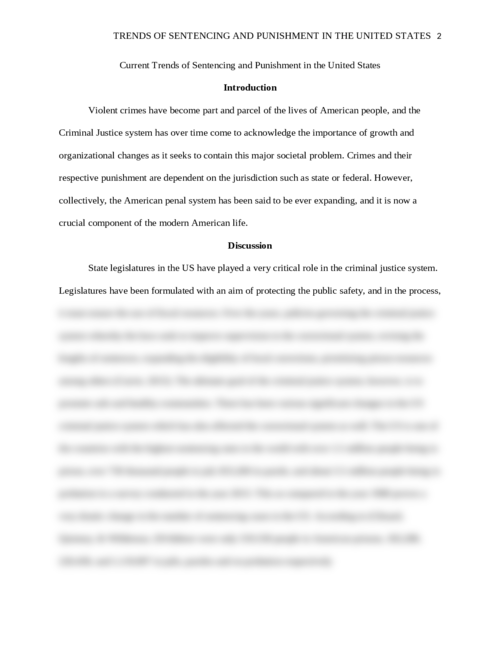 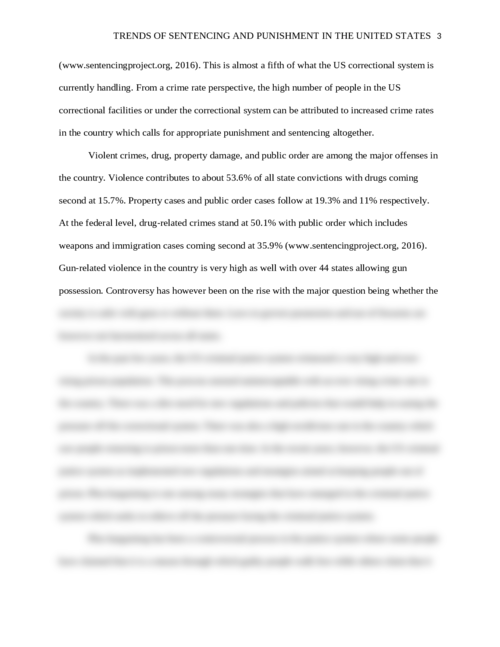 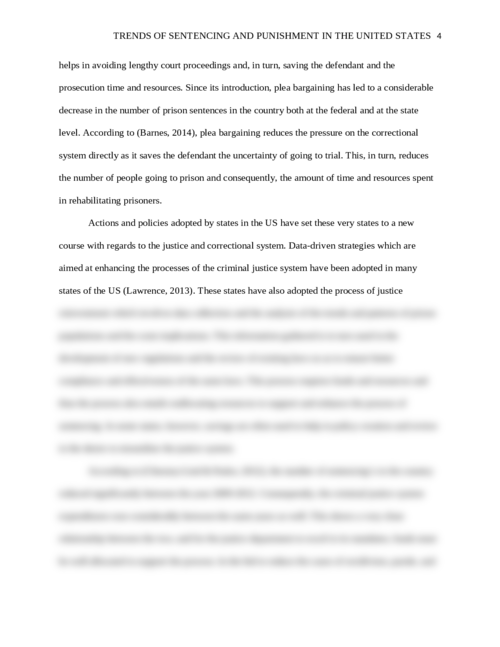 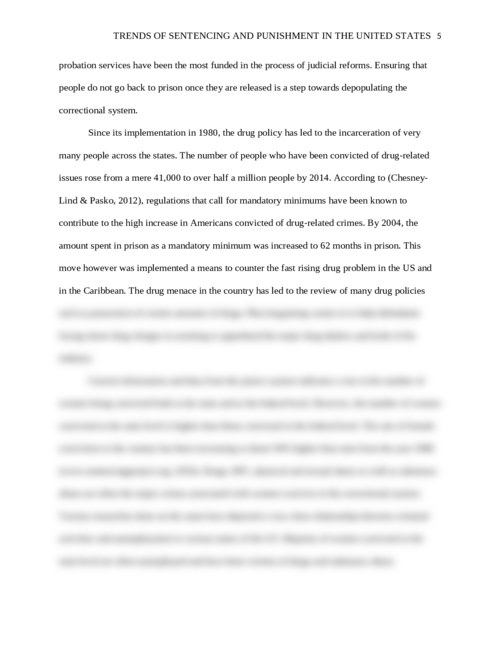 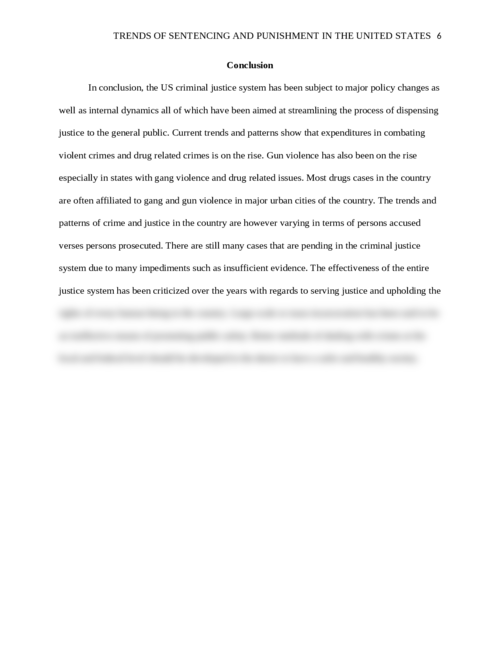 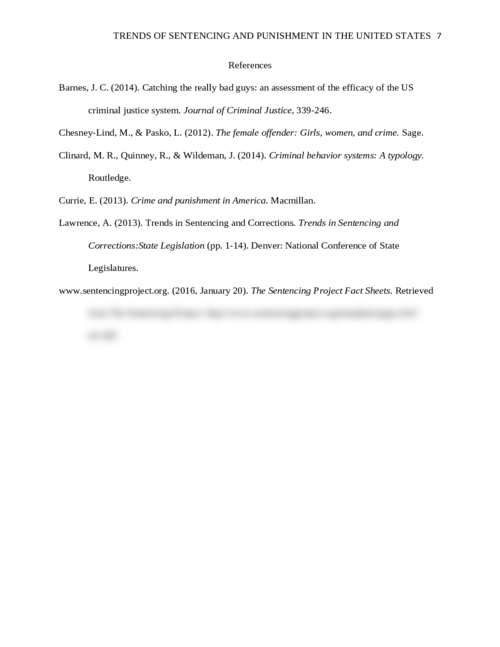 Current Trends Of Sentencing And Punishment In The United States

Violent crimes have become part and parcel of the lives of American people, and the Criminal Justice system has over time come to acknowledge the importance of growth and organizational changes as it seeks to contain this major societal problem. Crimes and their respective punishment are dependent on the jurisdiction such as state or federal. However, collectively, the American penal system has been said to be ever expanding, and it is now a crucial component of the modern American life.

State legislatures in the US have played a very critical role in the criminal justice system. Legislatures have been formulated with an aim of protecting the public safety, and in the process, it must ensure the use of fiscal resources. Over the years, policies governing the criminal justice system whereby the laws seek to improve supervision in the correctional system, revising the lengths of sentences, expanding the eligibility of local corrections, prioritizing prison resources among others (Currie, 2013). The ultimate goal of the criminal justice system, however, is to promote safe and healthy communities. There has been various significant changes in the US criminal justice system which has also affected the correctional system as well. The US is one of the countries with the highest sentencing rates in the world with over 1.5 million people being in prison, over 730 thousand people in jail, 853,200 in parole, and about 3.5 million people being in probation in a survey conducted in the year 2013. This as compared to the year 1980 proves a very drastic change in the number of sentencing cases in the US. According to (Clinard, Quinney, & Wildeman, 2014)there were only 319,538 people in American prisons, 182,288, 220,438, and 1,119,097 in jails, paroles and on probation respectively (www.sentencingproject.org, 2016). This is almost a fifth of what the US correctional system is currently handling. From a crime rate perspective, the high number of people in the US correctional facilities or under the correctional system can be attributed to increased crime rates in the country which calls for appropriate punishment and sentencing altogether. 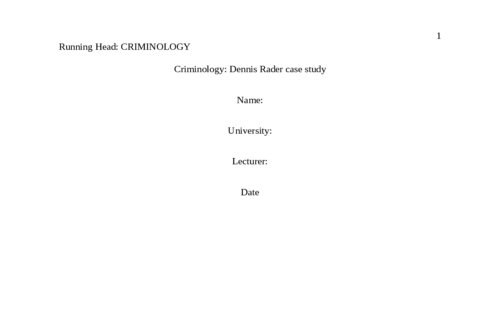 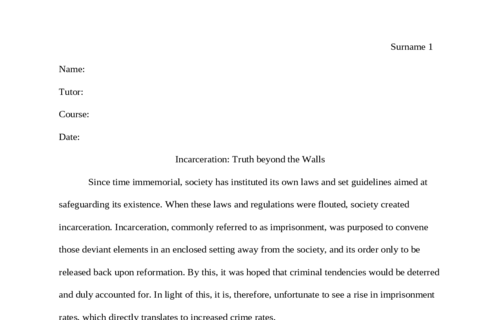 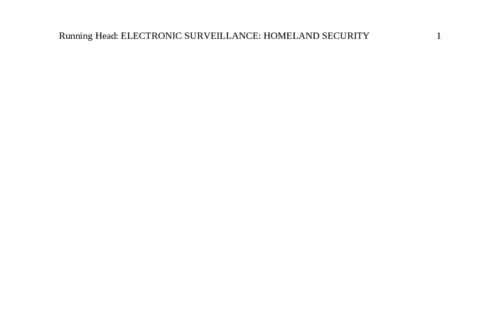