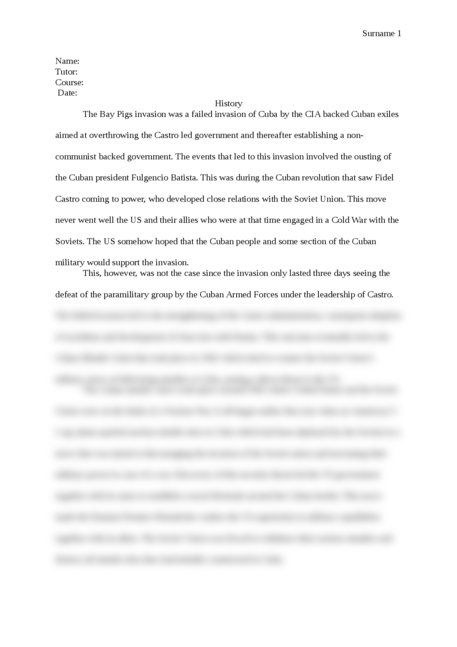 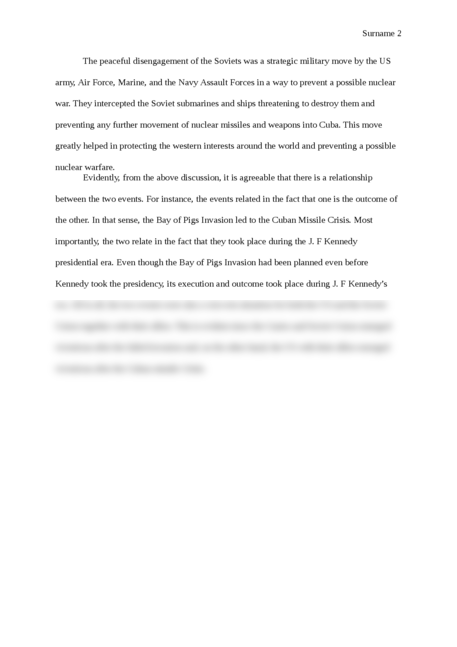 Cuban Missile Crisis And The Bay Of Pigs Invasion

Write an essay that describes the Cuban Missile Crisis and the Bay of Pigs invasion. Is there a relationship between the two events? Is so, explain.

The Bay Pigs invasion was a failed invasion of Cuba by the CIA backed Cuban exiles aimed at overthrowing the Castro led government and thereafter establishing a non-communist backed government. The events that led to this invasion involved the ousting of the Cuban president Fulgencio Batista. This was during the Cuban revolution that saw Fidel Castro coming to power, who developed close relations with the Soviet Union. This move never went well the US and their allies who were at that time engaged in a Cold War with the Soviets. The US somehow hoped that the Cuban people and some section of the Cuban military would support the invasion.