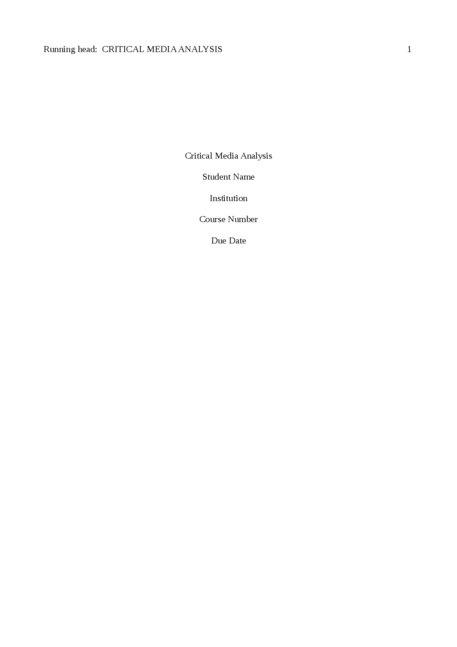 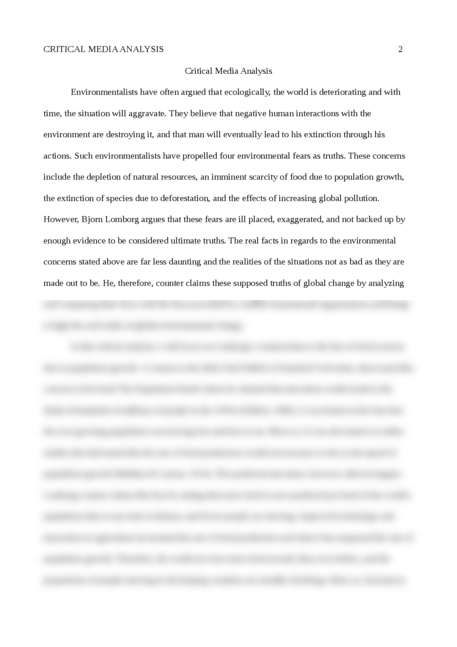 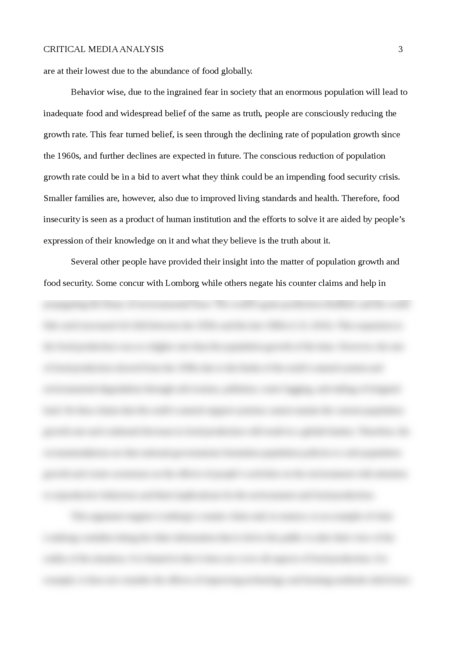 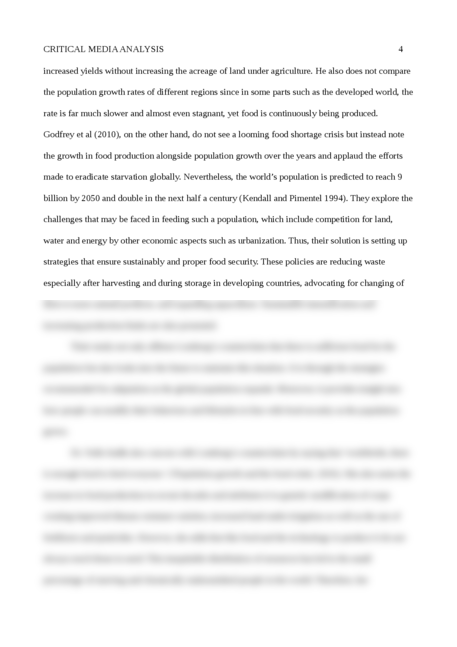 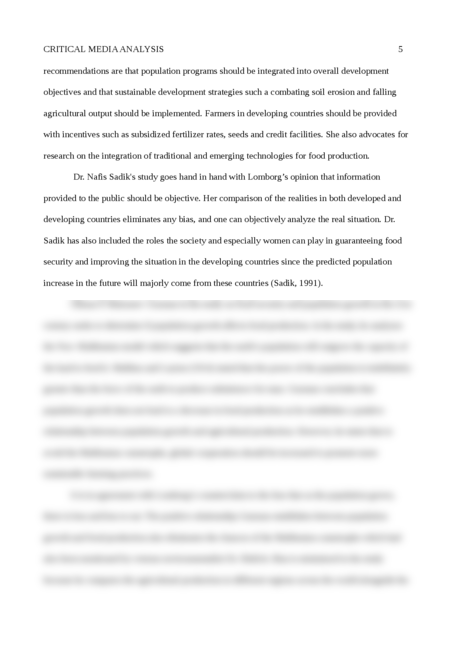 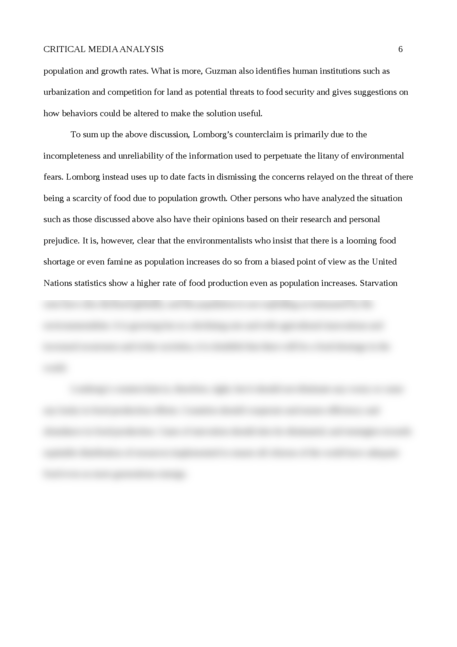 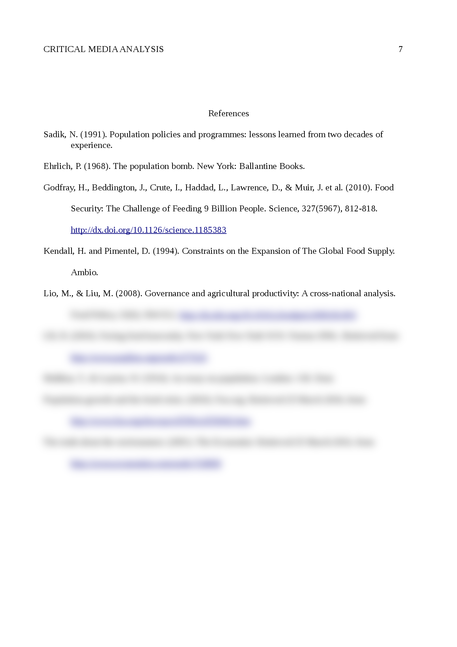 Conduct a critical analysis for one of the counter-claims offered by Bjorn Lomborg's article. The detailed requirement,rubric and Lomborg's article will be uploaded in additional materials. Please include at least four peer-reviewed sources for the part of critical review.

Environmentalists have often argued that ecologically, the world is deteriorating and with time, the situation will aggravate. They believe that negative human interactions with the environment are destroying it, and that man will eventually lead to his extinction through his actions. Such environmentalists have propelled four environmental fears as truths. These concerns include the depletion of natural resources, an imminent scarcity of food due to population growth, the extinction of species due to deforestation, and the effects of increasing global pollution. However, Bjorn Lomborg argues that these fears are ill placed, exaggerated, and not backed up by enough evidence to be considered ultimate truths. The real facts in regards to the environmental concerns stated above are far less daunting and the realities of the situations not as bad as they are made out to be. He, therefore, counter claims these supposed truths of global change by analyzing and comparing their facts with the facts provided by credible international organizations and brings to light the real truths of global environmental change.

In this critical analysis, I will focus on Lomborg’s counterclaim to the fear of food scarcity due to population growth. A veteran in the field, Paul Erhlich of Stanford University, showcased this concern in his book The Population Bomb where he claimed that starvation would result in the death of hundreds of millions of people in the 1970s (Erhlich, 1968). It was based on the fear that the ever growing population was leaving less and less to eat. More so, It was also based on earlier studies that had stated that the rate of food production would not increase as fast as the speed of population growth (Malthus & Layton, 1914). The predicted starvation, however, did not happen. Lomborg counter claims this fear by stating that more food is now produced per head of the world's population than at any time in history, and fewer people are starving. Improved technology and innovation in agriculture ha boosted the rate of food production such that it has surpassed the rate of population growth. Therefore, the world now has more food security than ever before, and the proportions of people starving in developing countries are steadily declining. More so, food prices are at their lowest due to the abundance of food globally.