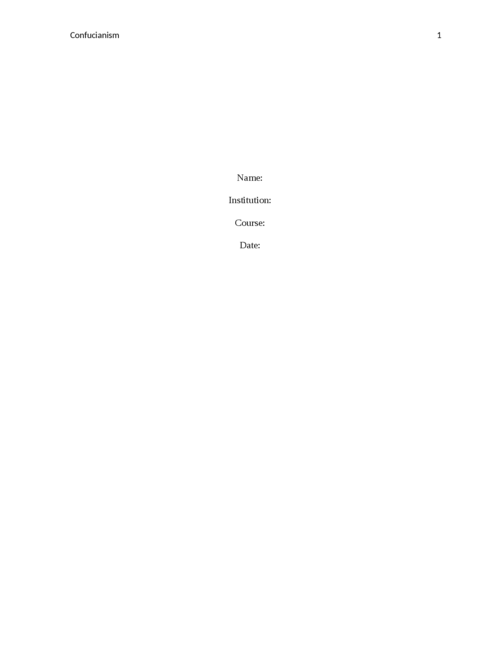 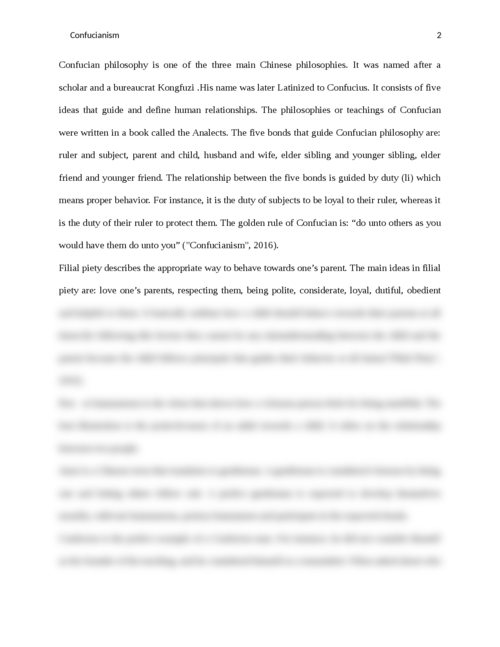 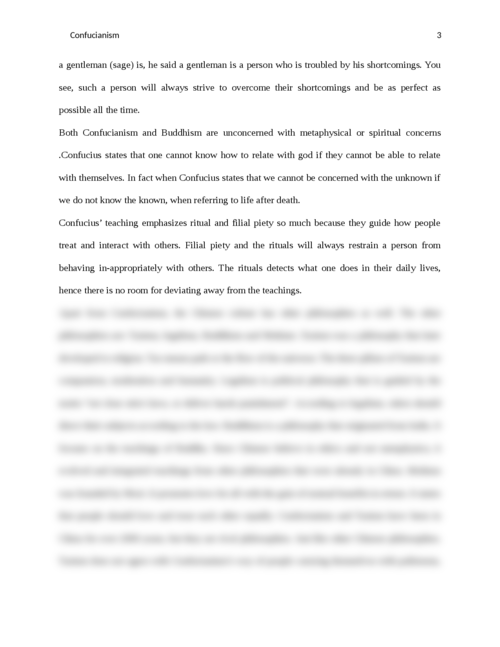 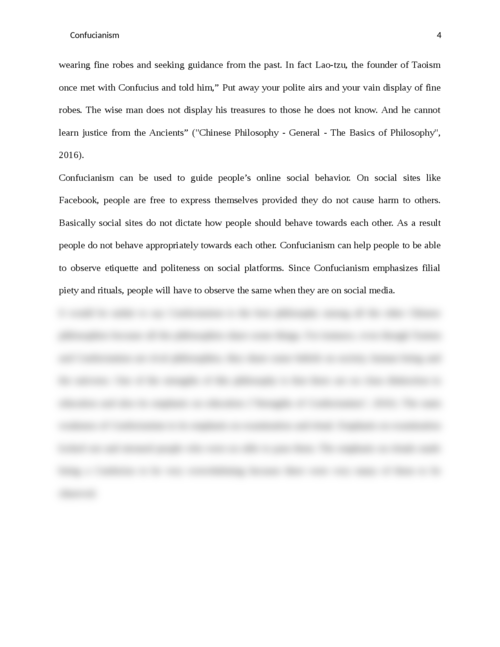 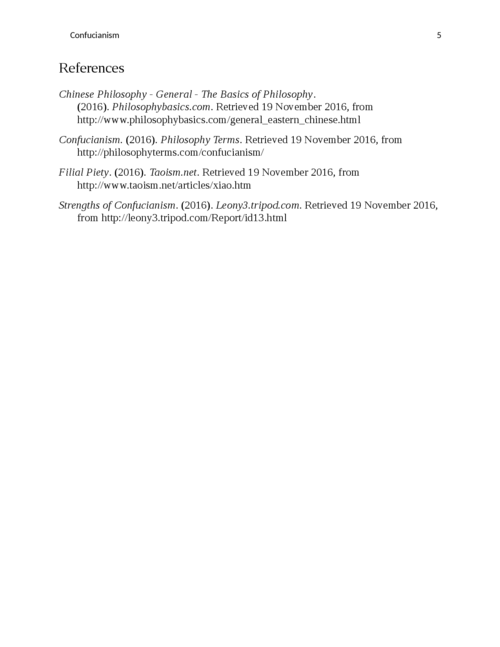 Explain Confucius philosophy using your own words and examples.  Explain the ideas of filial piety, jen (ren), li, xiao, shu, junzi and the wu lun GIVE EXAMPLES of how each of these might be demonstrated.

How are these ideas supported in ###u/u###? Use quotes from Confucius to illustrate your claims.

Other points to consider:

Confucian philosophy is one of the three main Chinese philosophies. It was named after a scholar and a bureaucrat Kongfuzi .His name was later Latinized to Confucius. It consists of five ideas that guide and define human relationships. The philosophies or teachings of Confucian were written in a book called the Analects. The five bonds that guide Confucian philosophy are: ruler and subject, parent and child, husband and wife, elder sibling and younger sibling, elder friend and younger friend. The relationship between the five bonds is guided by duty (li) which means proper behavior. For instance, it is the duty of subjects to be loyal to their ruler, whereas it is the duty of their ruler to protect them. The golden rule of Confucian is: “do unto others as you would have them do unto you” ("Confucianism", 2016).