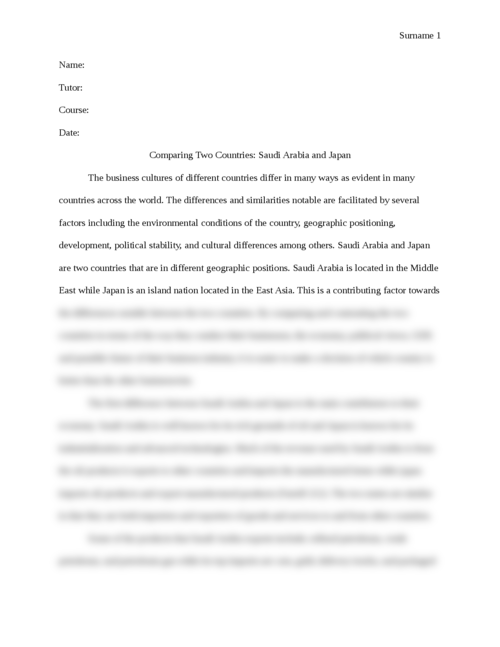 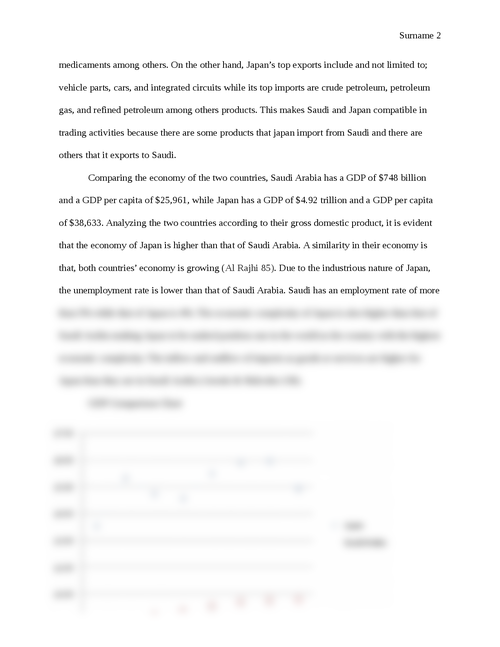 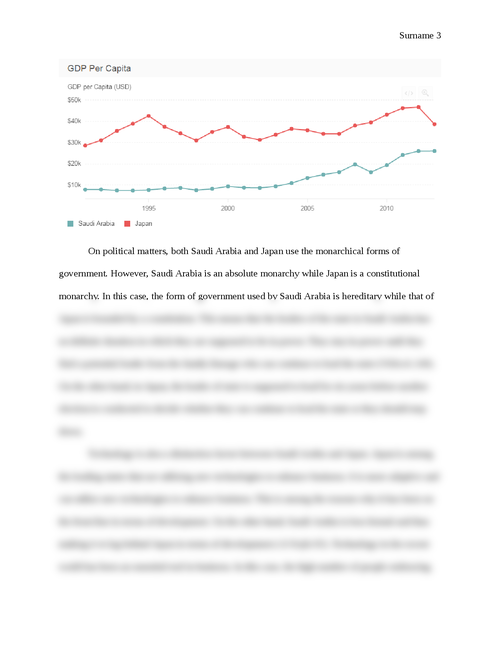 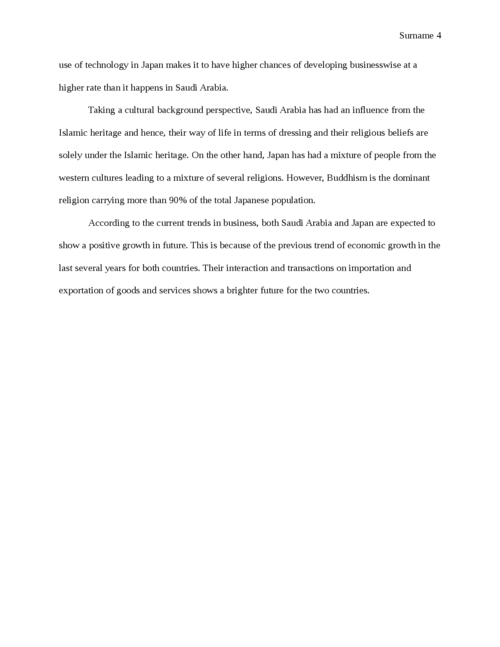 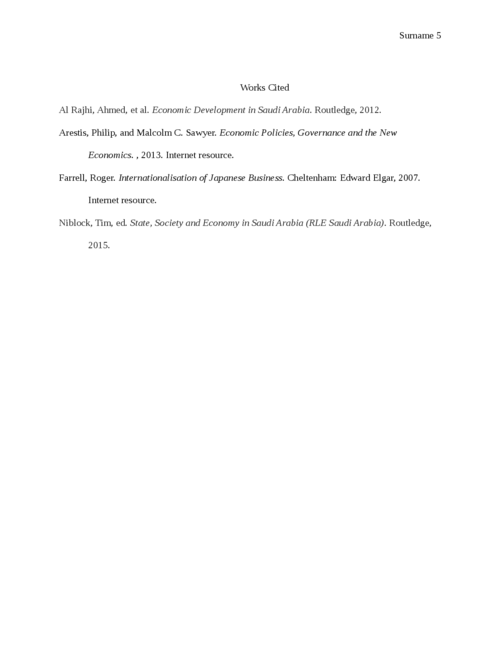 The business cultures of different countries differ in many ways as evident in many countries across the world. The differences and similarities notable are facilitated by several factors including the environmental conditions of the country, geographic positioning, development, political stability, and cultural differences among others. Saudi Arabia and Japan are two countries that are in different geographic positions. Saudi Arabia is located in the Middle East while Japan is an island nation located in the East Asia. This is a contributing factor towards the differences notable between the two countries. By comparing and contrasting the two countries in terms of the way they conduct their businesses, the economy, political views, GDP, and possible future of their business industry, it is easier to make a decision of which country is better than the other businesswise.

The first difference between Saudi Arabia and Japan is the main contributors to their economy. Saudi Arabia is well known for its rich grounds of oil and Japan is known for its industrialization and advanced technologies. Much of the revenue used by Saudi Arabia is from the oil products it exports to other countries and imports the manufactured items while japan imports oil products and export manufactured products (Farrell 212). The two states are similar in that they are both importers and exporters of goods and services to and from other countries.