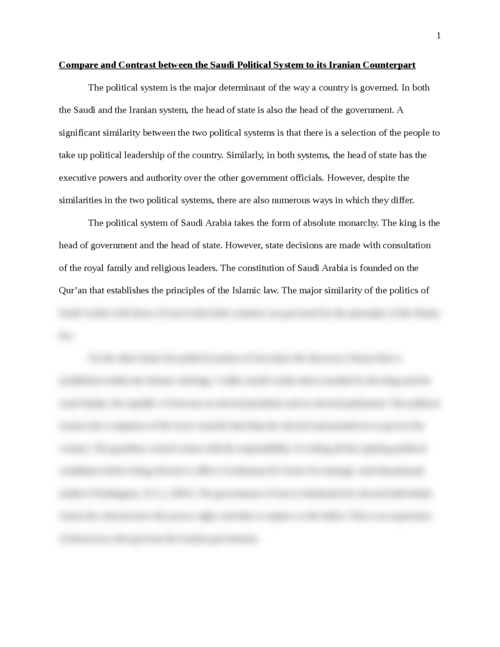 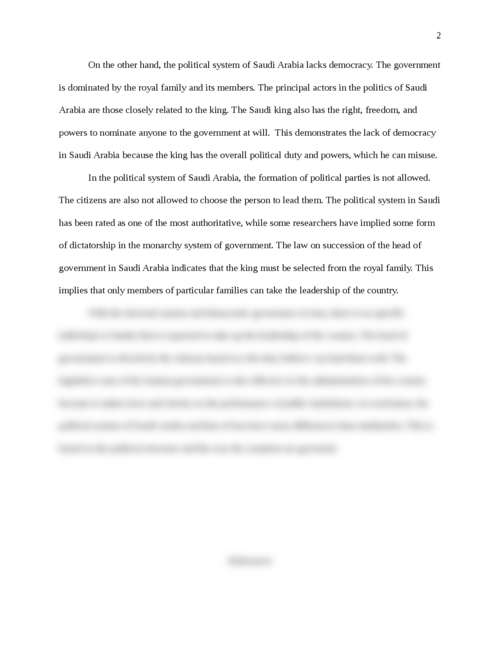 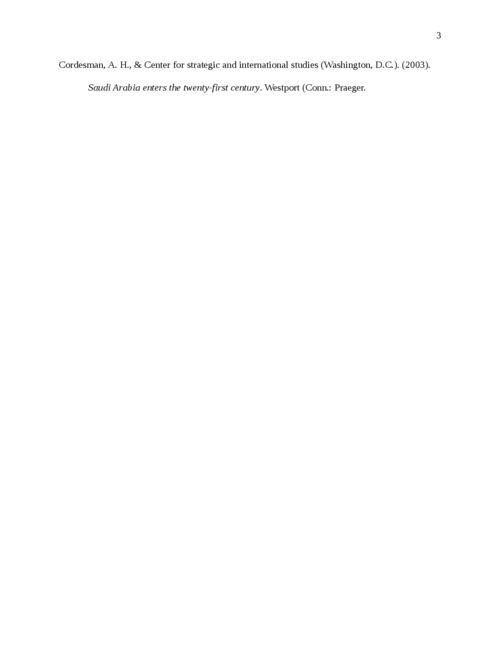 Comparing And Contrasting Between The Saudi And The Iranian Political Systems

Compare and contrast between the Saudi political system to it's Iranian counterpart, explain the reason behind their similarities and differences.