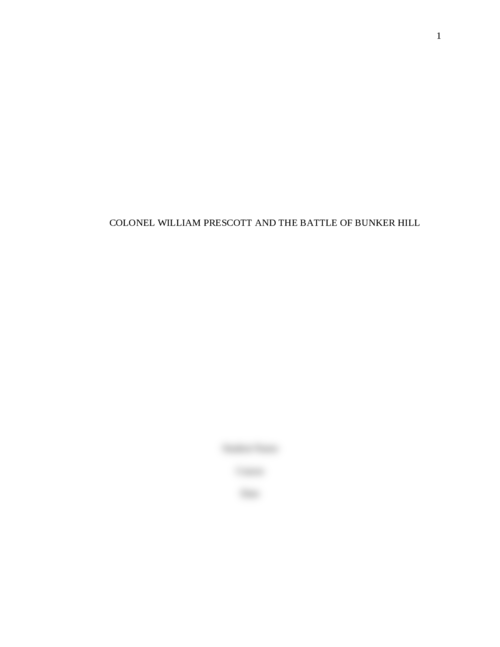 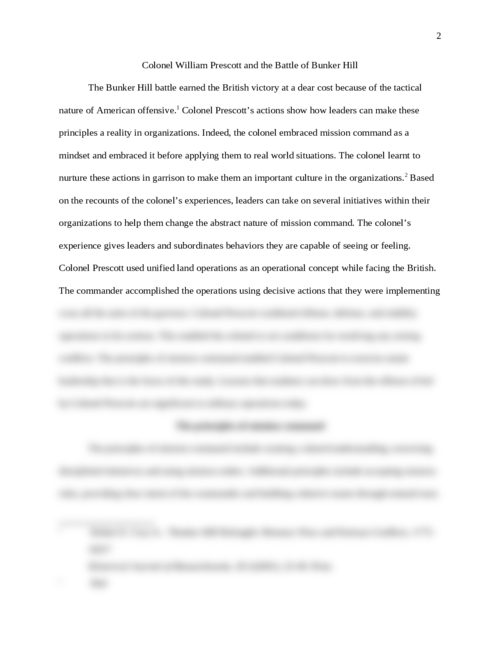 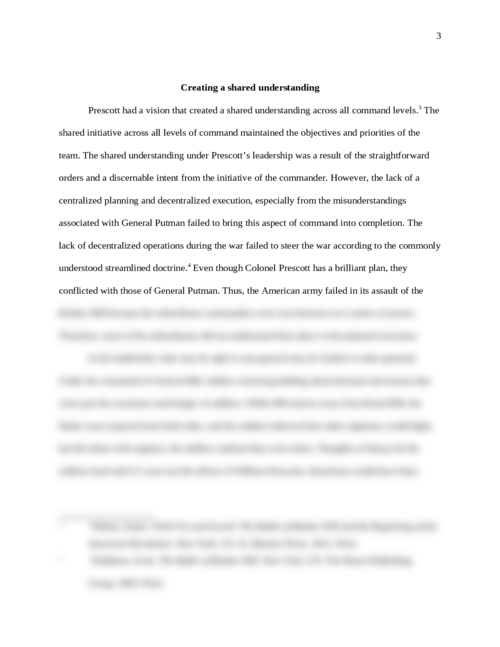 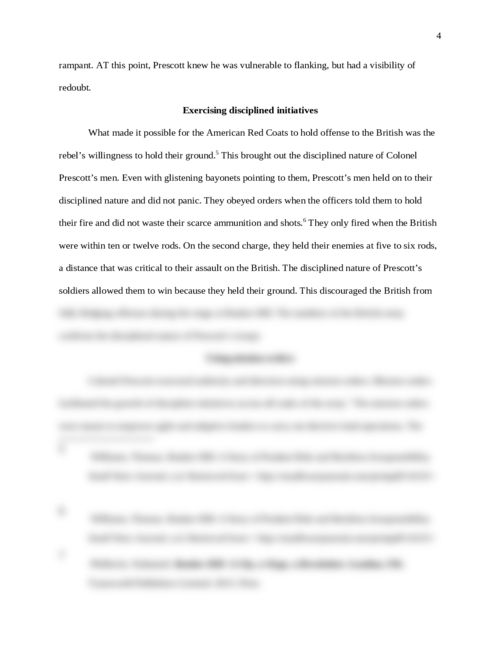 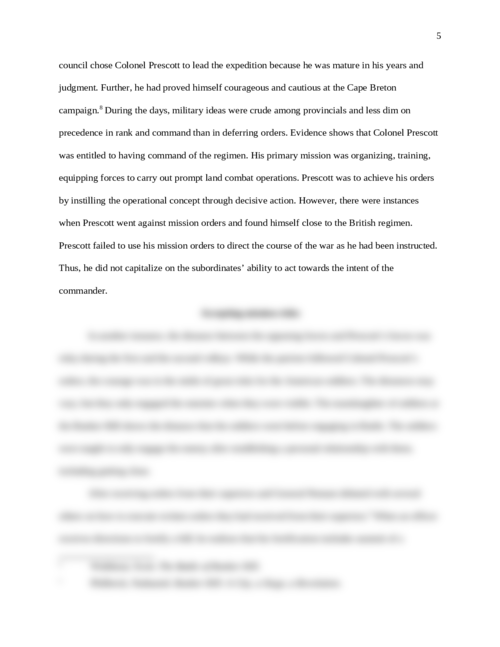 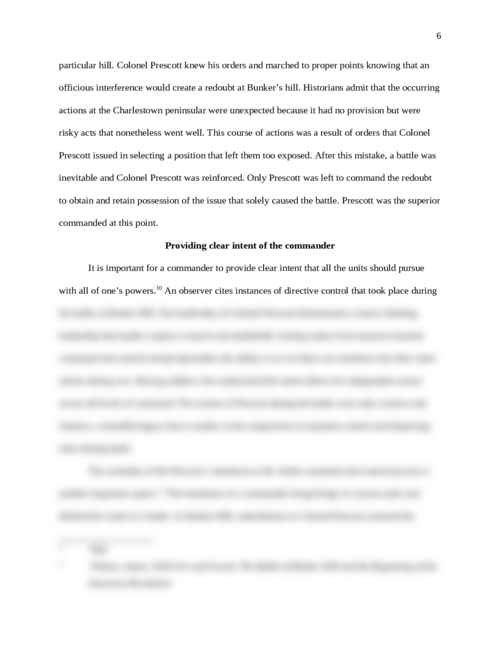 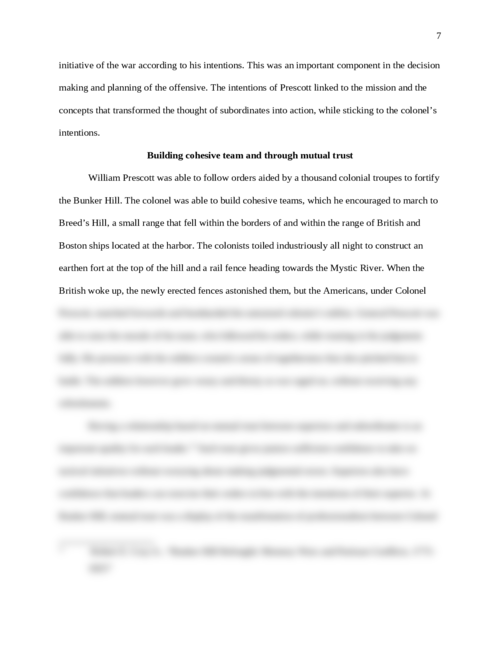 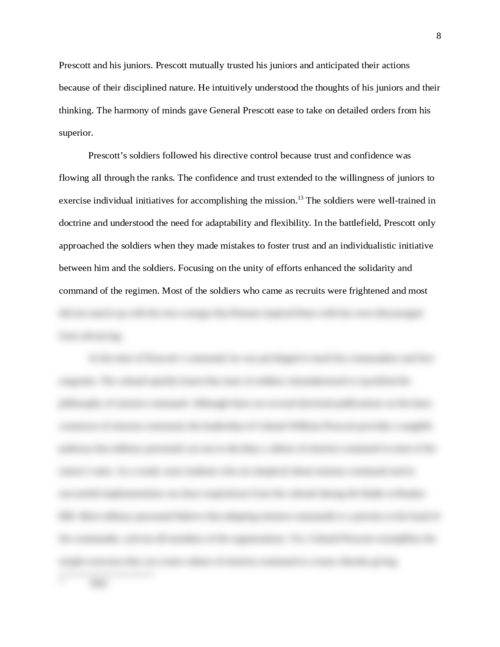 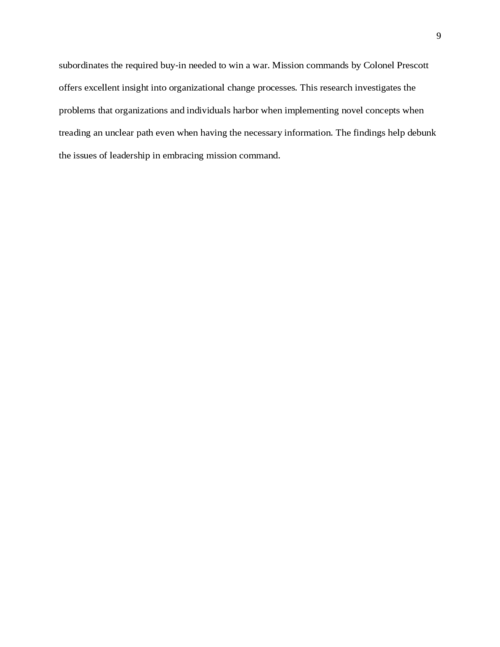 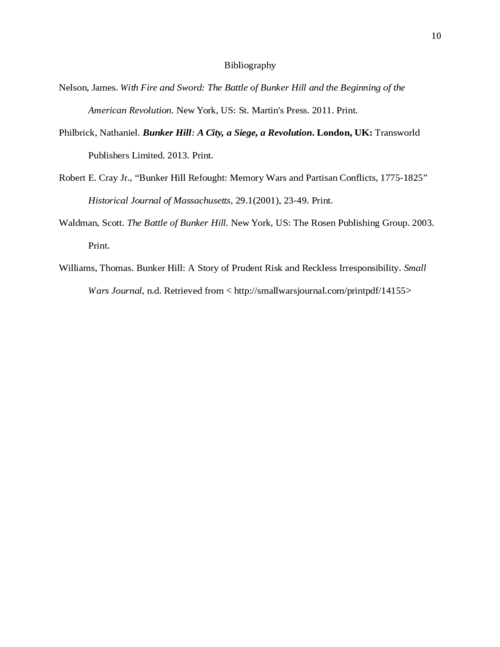 Colonel William Prescott And The Battle Of Bunker Hill

Discuss the Battle of Bunker Hill during the American Revolution and COL William Prescott's Leadership of the Colonia fighters against the British Army.

Colonel William Prescott and the Battle of Bunker Hill

The Bunker Hill battle earned the British victory at a dear cost because of the tactical nature of American offensive.[1] Colonel Prescott’s actions show how leaders can make these principles a reality in organizations. Indeed, the colonel embraced mission command as a mindset and embraced it before applying them to real world situations. The colonel learnt to nurture these actions in garrison to make them an important culture in the organizations.[2] Based on the recounts of the colonel’s experiences, leaders can take on several initiatives within their organizations to help them change the abstract nature of mission command. The colonel’s experience gives leaders and subordinates behaviors they are capable of seeing or feeling. Colonel Prescott used unified land operations as an operational concept while facing the British. The commander accomplished the operations using decisive actions that they were implementing cross all the units of the garrison. Colonel Prescott combined offense, defense, and stability operations in his actions. This enabled the colonel to set conditions for resolving any arising conflicts. The principles of mission command enabled Colonel Prescott to exercise astute leadership that is the focus of this study. Lessons that students can draw from the offense of led by Colonel Prescott are significant to military operations today.