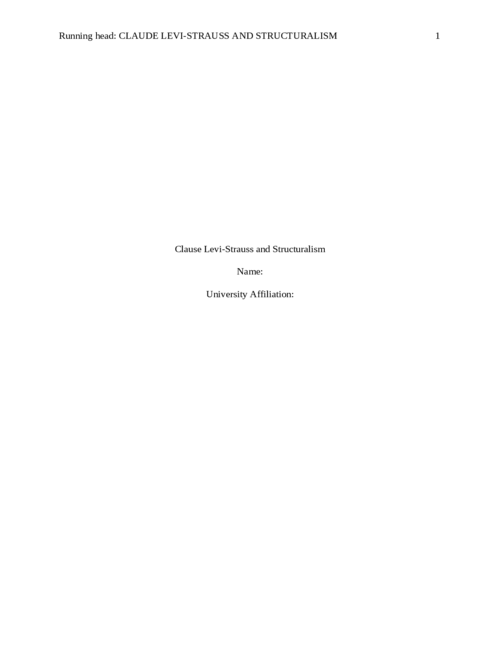 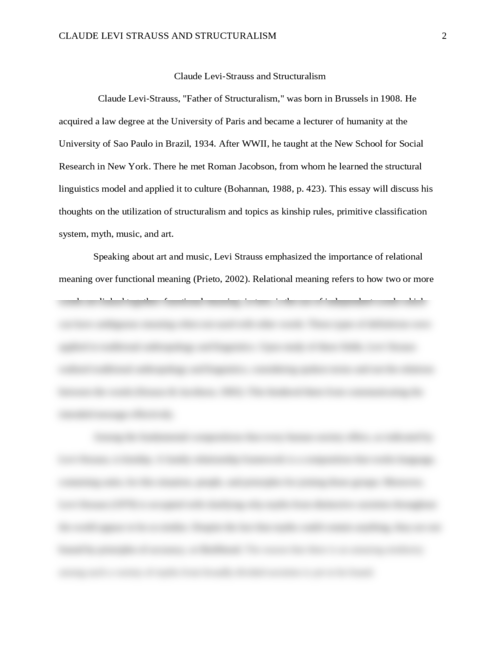 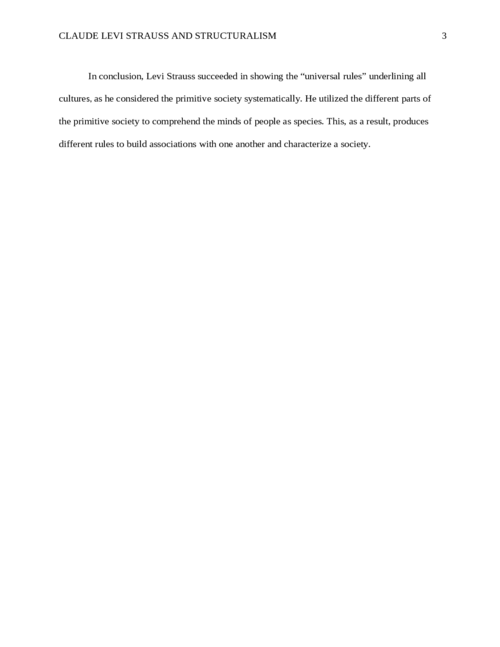 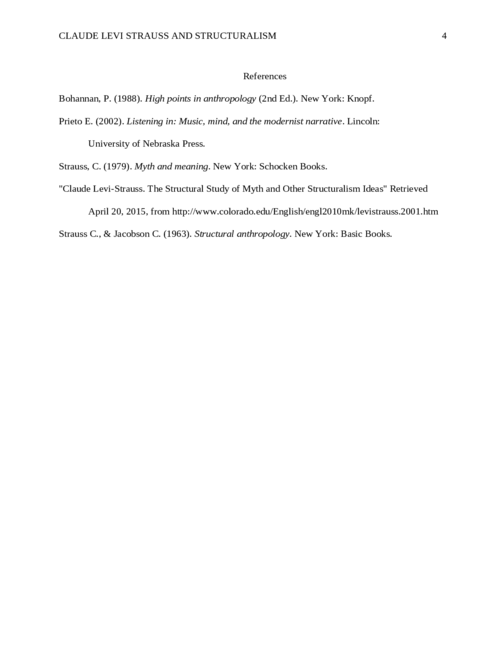 Who was Claude Levi-Strauss, how did he utilize structuralism on such topics as kinship rules, primitive classification system, totemism, myth, music, and art, and did he succeed in showing the “universal rules” underlining all cultures?

Claude Levi-Strauss, "Father of Structuralism," was born in Brussels in 1908. He acquired a law degree at the University of Paris and became a lecturer of humanity at the University of Sao Paulo in Brazil, 1934. After WWII, he taught at the New School for Social Research in New York. There he met Roman Jacobson, from whom he learned the structural linguistics model and applied it to culture (Bohannan, 1988, p. 423). This essay will discuss his thoughts on the utilization of structuralism and topics as kinship rules, primitive classification system, myth, music, and art.
Speaking about art and music, Levi Strauss emphasized the importance of relational meaning over functional meaning (Prieto, 2002). Relational meaning refers to how two or more words are linked together; functional meaning, in turn, is the use of independent words which can have ambiguous meaning when not used with other words. These types of definitions were applied in traditional anthropology and linguistics. Upon study of these fields, Levi Strauss realized traditional anthropology and linguistics, considering spoken terms and not the relations between the words (Strauss & Jacobson, 1963). This hindered them from communicating the intended message effectively.
Among the fundamental compositions that every human society offers, as indicated by Levi-Strauss, is kinship. A family relationship framework is a composition that works language, containing units, for this situation, people, and principles for joining those groups. Moreover, Levi-Strauss (1979) is occupied with clarifying why myths from distinctive societies throughout the world appear to be so similar. Despite the fact that myths could contain anything, they are not bound by principles of accuracy, or likelihood. The reason that there is an amazing similarity among such a variety of myths from broadly divided societies is yet to be found.