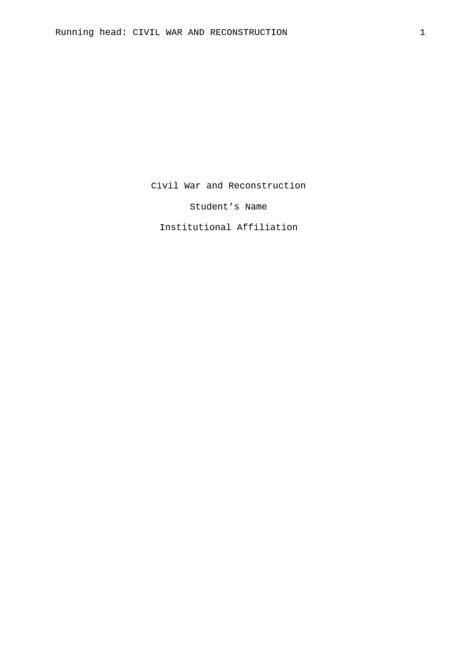 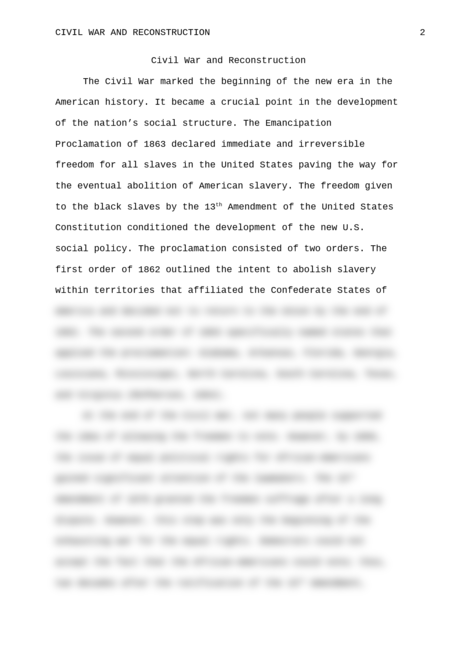 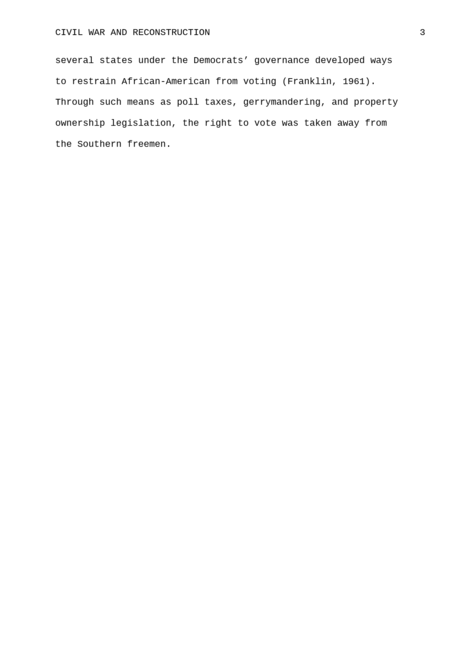 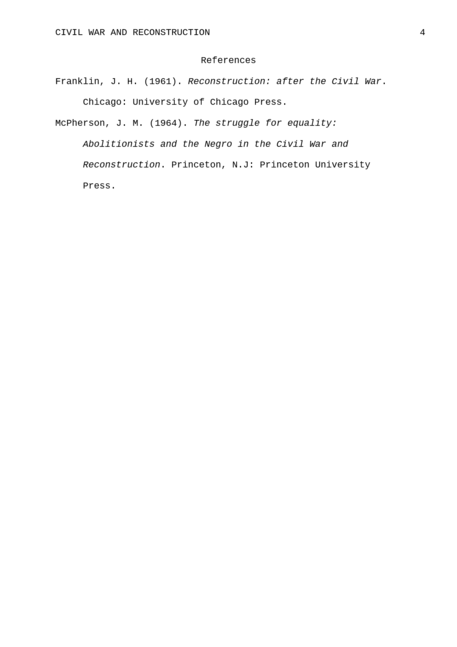 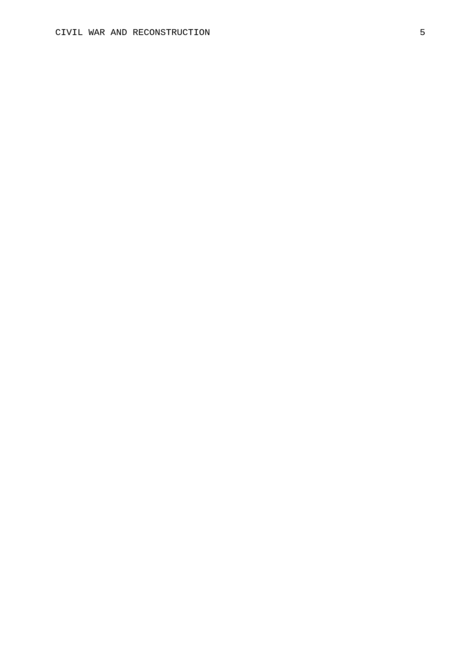 Compare and contrast the Civil War Era (including Reconstruction) to the Civil Rights Era (including the controversial period after civil rights legislation was passed)? Did the latter fulfill the former?? Did both betray their promise?

The Civil War marked the beginning of the new era in the American history. It became a crucial point in the development of the nation’s social structure. The Emancipation Proclamation of 1863 declared immediate and irreversible freedom for all slaves in the United States paving the way for the eventual abolition of American slavery.