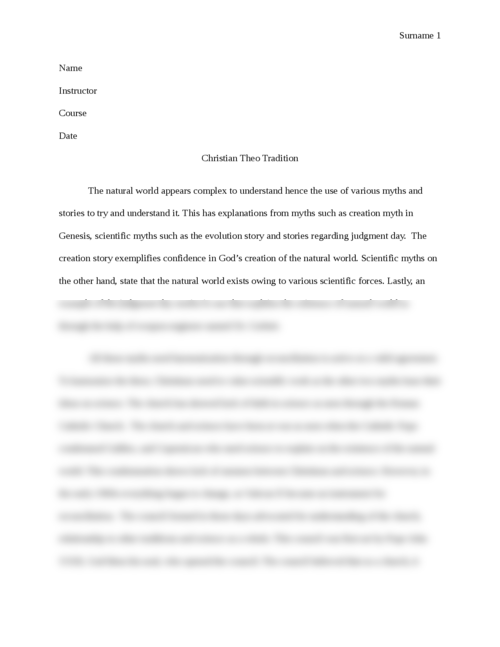 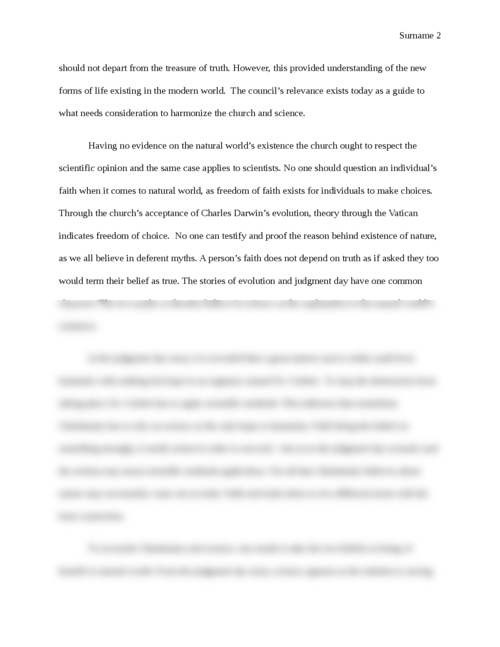 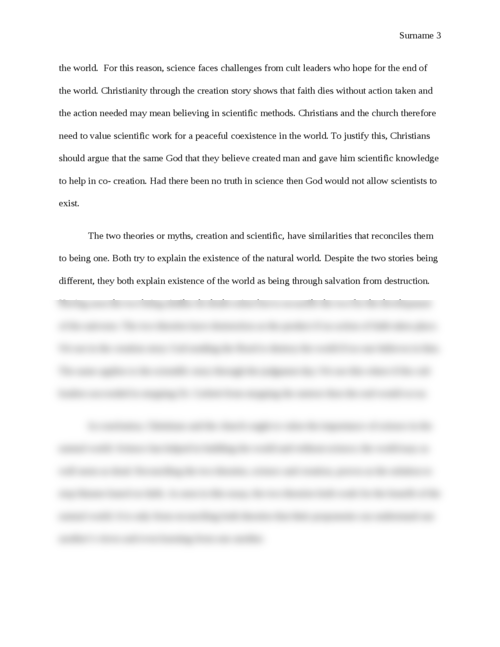 People of faith believe that God is the source of truth and wisdom – and all truth is one.  Thus faith and reason have been occasional bedfellows since the time of St. Augustine.  Thomas Aquinas in the 14th century made it part of his Summa Theologiae. Notwithstanding this, over the same centuries the Roman Catholic church and science have been at odds (for example, the Pope’s condemnation of Copernicus and Galileo).  Vatican II in the 1960s began to change that.

Pope Benedict XVI wrote: “The ideas of Intelligent Design are ludicrous” and further suggests that Christians and the church need to value the work of science.  Indeed, since the time of JP II the Vatican’s official position is to accept the theory of evolution and Charles Darwin’s Descent with Modification.

Based on your readings of our texts and your viewing of the Nova presentation “Judgment Day,” State your own position on how you reconcile all that we know about the natural world through the sciences and what we read in the creation myths in Genesis.  Use what’s already in your head and experience, besides that, use only the texts we have read and the resources discussed in class including the Nova documentary Judgment Day.