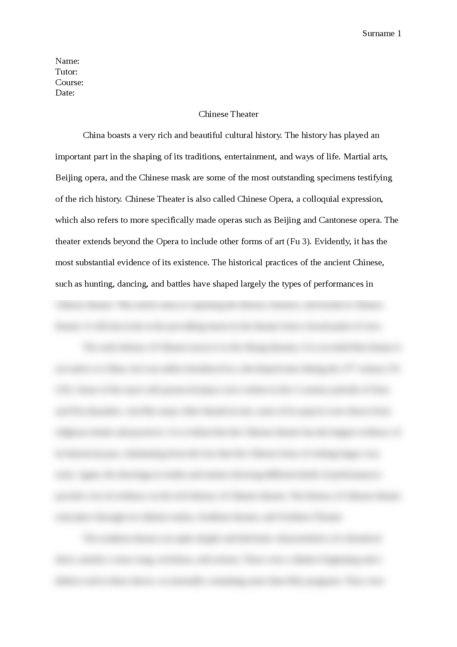 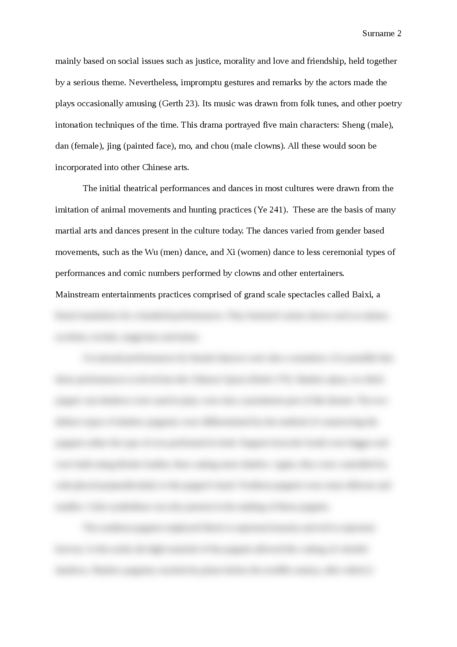 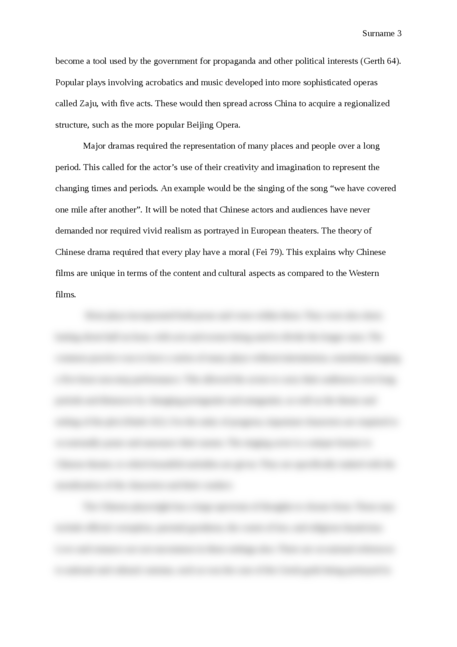 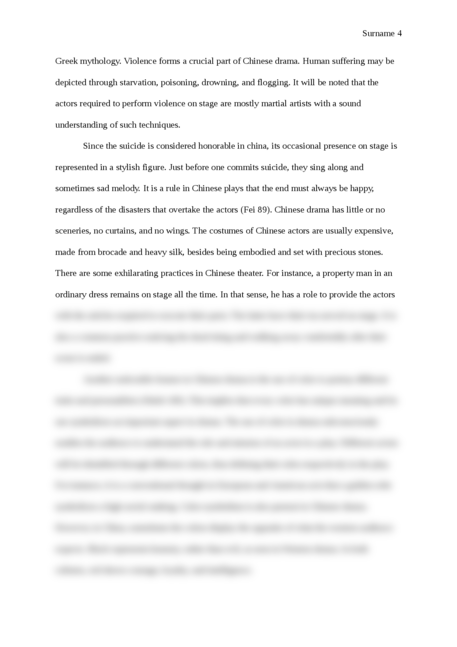 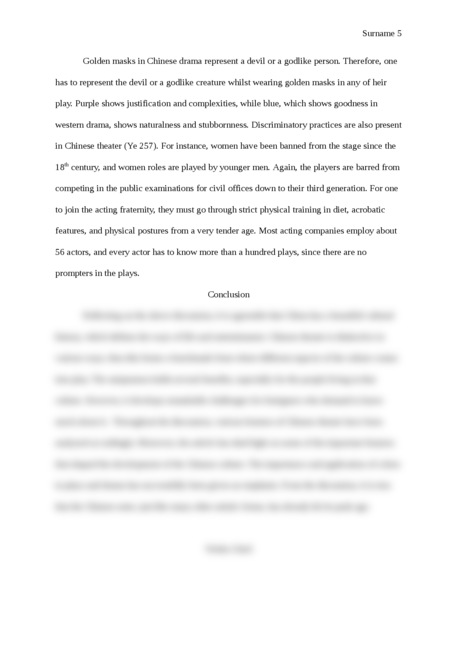 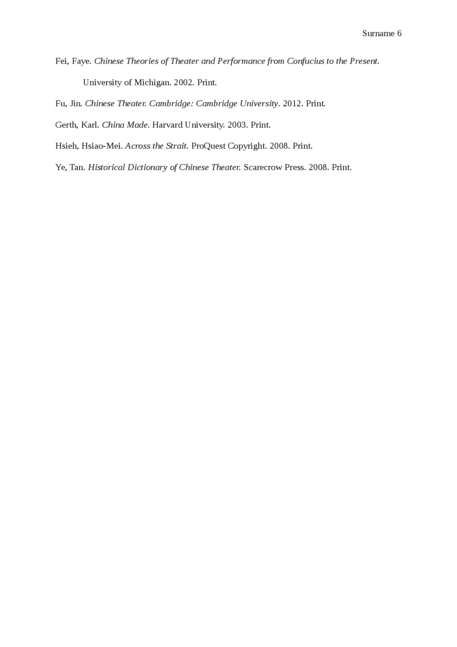 Write about Chinese theater and mention what does the colors mean and about their customs and how they dress .

China boasts a very rich and beautiful cultural history. The history has played an important part in the shaping of its traditions, entertainment, and ways of life. Martial arts, Beijing opera, and the Chinese mask are some of the most outstanding specimens testifying of the rich history. Chinese Theater is also called Chinese Opera, a colloquial expression, which also refers to more specifically made operas such as Beijing and Cantonese opera. The theater extends beyond the Opera to include other forms of art (Fu 3). Evidently, it has the most substantial evidence of its existence. The historical practices of the ancient Chinese, such as hunting, dancing, and battles have shaped largely the types of performances in Chinese theater. This article aims at exploring the history, features, and trends in Chinese theater. It will also look at the prevailing issues in the theater from a broad point of view.

The early history of Chinese traces it to the Shang dynasty. It is recorded that drama is not native to China, but was rather introduced in a developed state during the 13th century (Ye 235). Some of the most well preserved plays were written in the 2-century periods of Yuen and Kin dynasties. Just like many other theatrical arts, most of its aspects were drawn from religious rituals and practices. It is evident that the Chinese theater has the largest evidence of its historical past, culminating from the fact that the Chinese form of writing began very early. Again, the drawings in tombs and statues showing different kinds of performances provide a lot of evidence on the rich history of Chinese theater. The history of Chinese theater took place through two distinct styles, Southern theater, and Northern Theater.