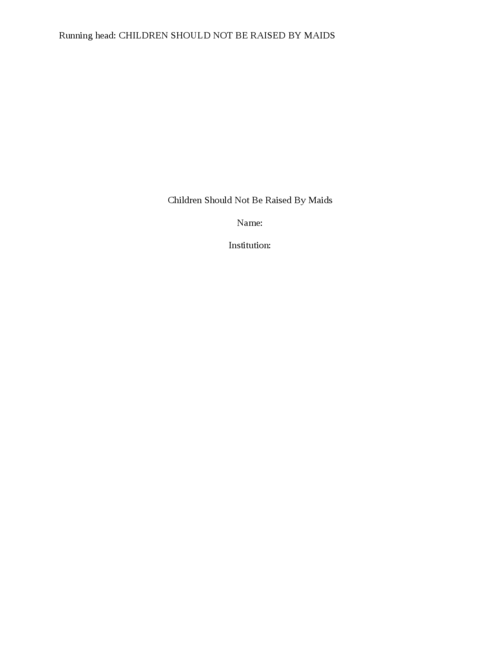 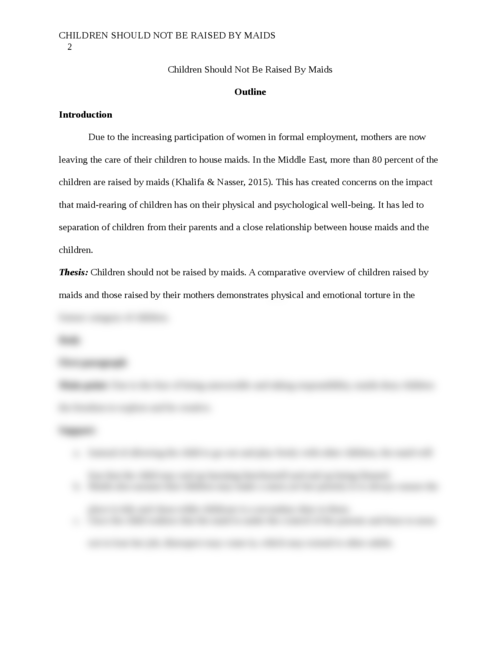 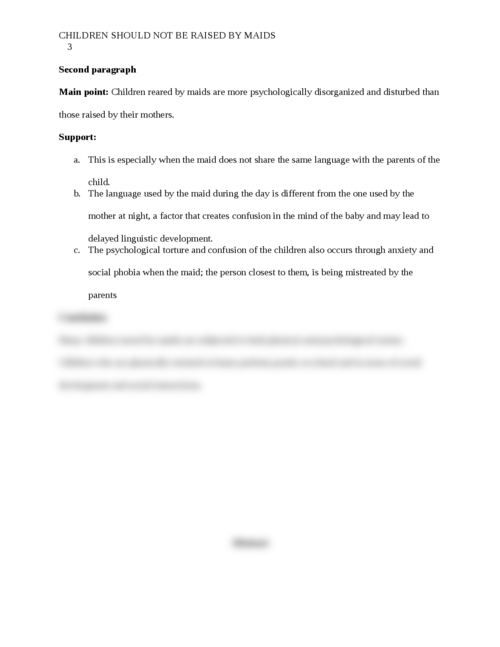 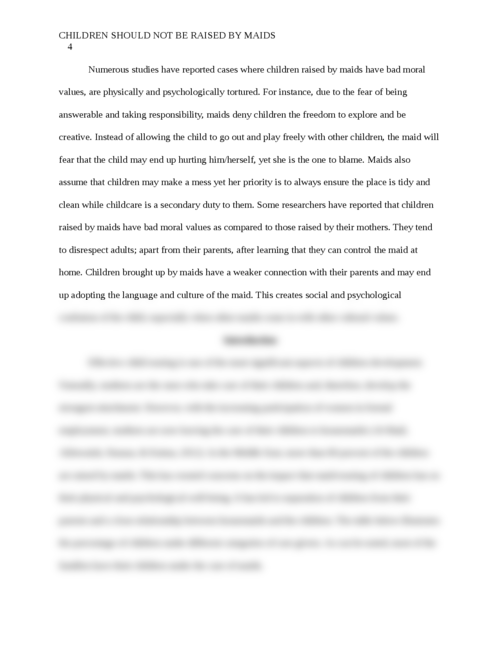 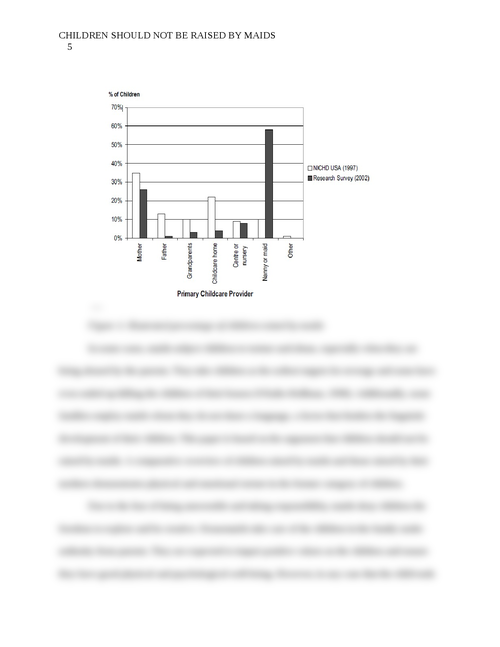 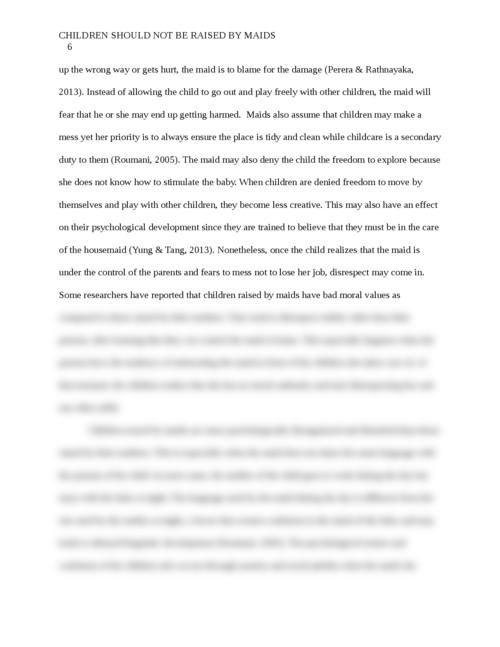 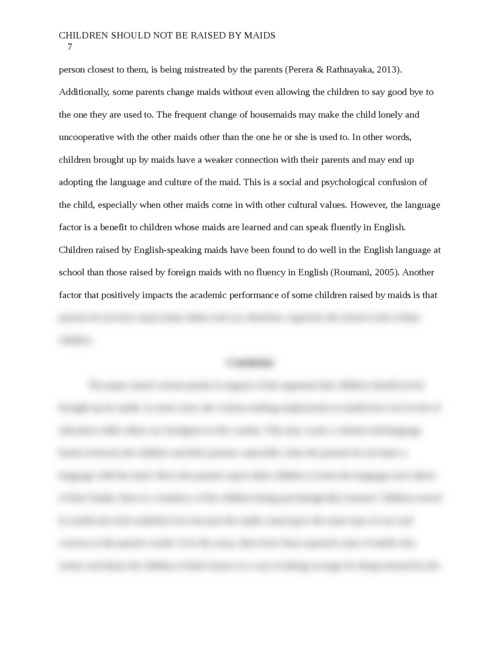 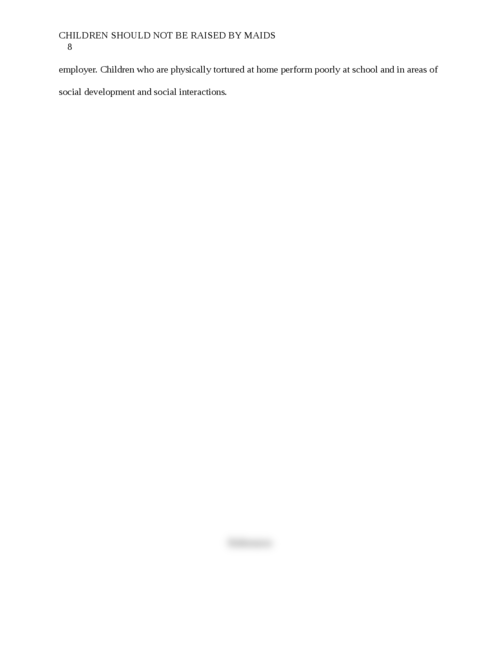 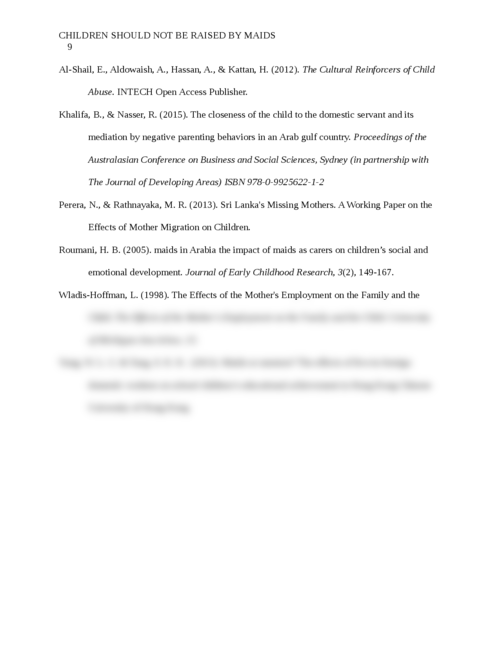 Children Should Not Be Raised By Maids

What are the physical, emotional and psychological effects that children who are raised by their maids undergo (go through)? should the children be raised by maids?

Title: Children Should Not Be Raised By Maids
Length: 6 pages (1807 Words)
Style: APA

Children Should Not Be Raised By Maids

Due to the increasing participation of women in formal employment, mothers are now leaving the care of their children to house maids. In the Middle East, more than 80 percent of the children are raised by maids (Khalifa & Nasser, 2015). This has created concerns on the impact that maid-rearing of children has on their physical and psychological well-being. It has led to separation of children from their parents and a close relationship between house maids and the children.

Main point: Due to the fear of being answerable and taking responsibility, maids deny children the freedom to explore and be creative.