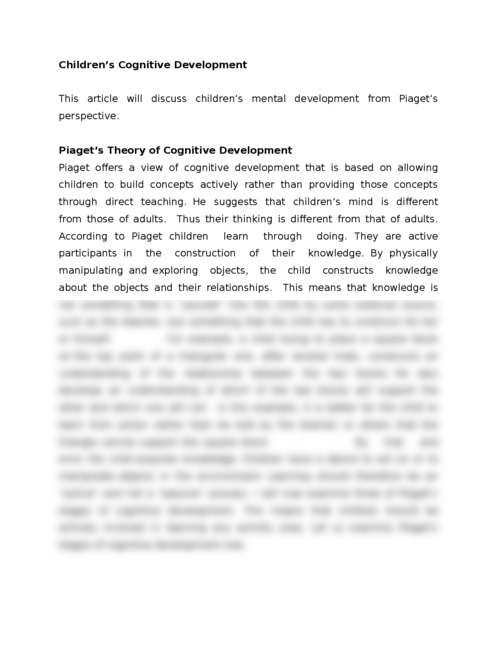 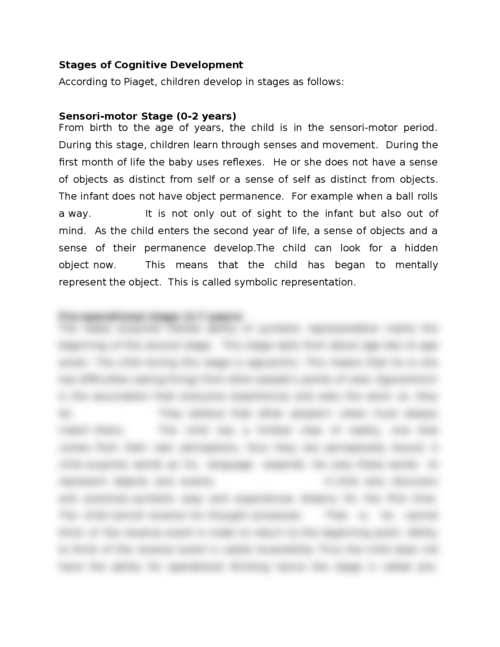 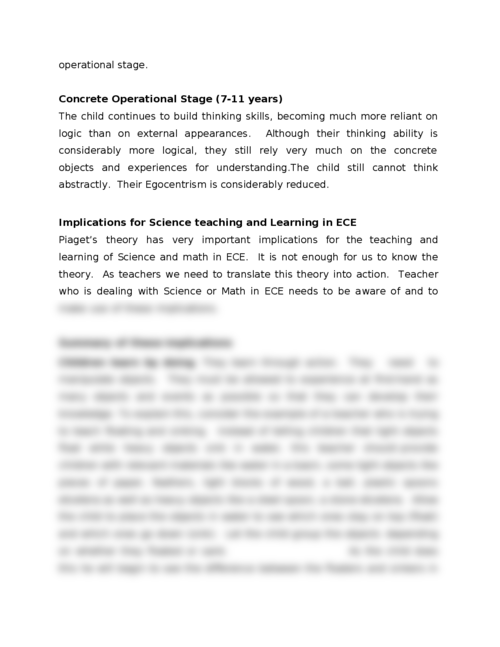 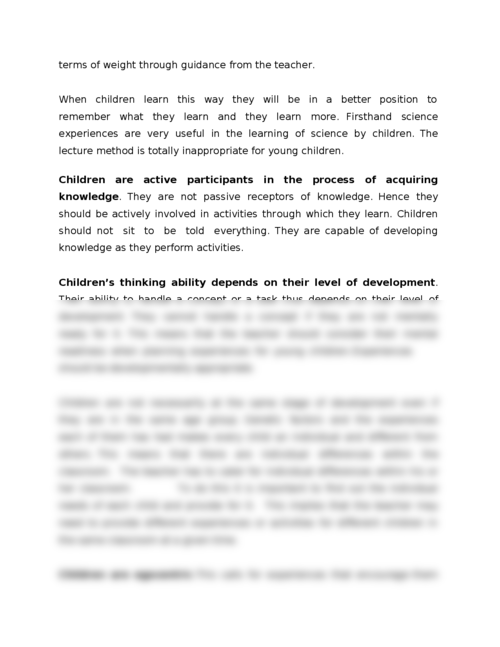 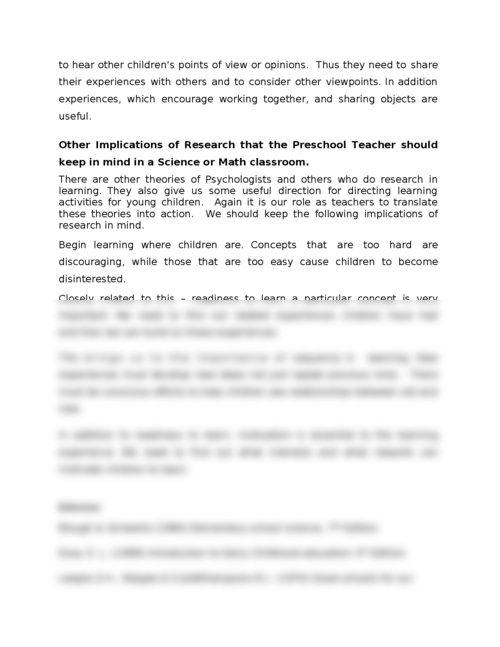 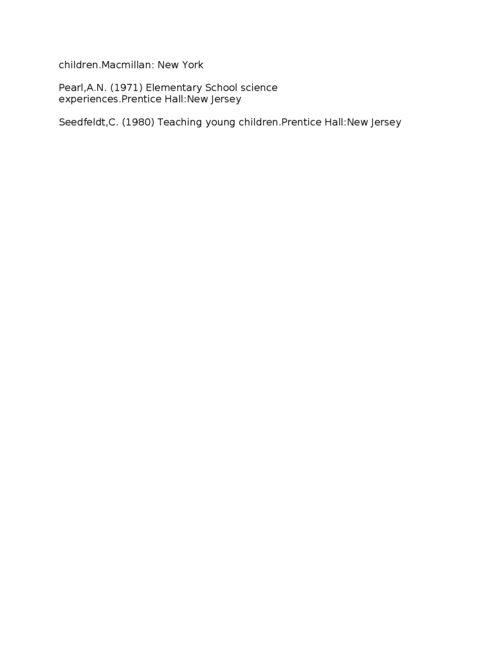 This article will discuss children’s mental development from Piaget’s perspective.

build concepts actively rather than providing those concepts through direct teaching.

He suggests that children’s mind is different from those of adults. Thus their thinking

is different from that of adults. According to Piaget children learn through doing. They

are active participants in the construction of their knowledge. By physically

manipulating and exploring objects, the child constructs knowledge about the

objects and their relationships. This means that knowledge is not something that is

“poured” into the child by some external source, such as the teacher, but

something that the child has to construct for her or himself. For example, a

child trying to place a square block on the top point of a triangular one, after

several trials, constructs an understanding of the relationship between the two

blocks. He also develops an understanding of which of the two blocks will support

the other and which one will not. In this example, it is better for the child to learn from

have a desire to act on or to manipulate objects in the environment. Learning

should therefore be an “active” and not a “passive” process. I will now examine three

of Piaget’s stages of cognitive development. This means that children should be

actively involved in learning any activity area. Let us examine Piaget’s stages of

According to Piaget, children develop in stages as follows:

From birth to the age of years, the child is in the sensori-motor period. During this

stage, children learn through senses and movement. During the first month of life the

baby uses reflexes. He or she does not have a sense of objects as distinct from self or

a sense of self as distinct from objects. The infant does not have object permanence.

For example when a ball rolls a way. It is not only out of sight to the infant

but also out of mind. As the child enters the second year of life, a sense of objects and

a sense of their permanence develop.The child can look for a hidden object now.

This means that the child has began to mentally represent the

object. This is called symbolic representation. 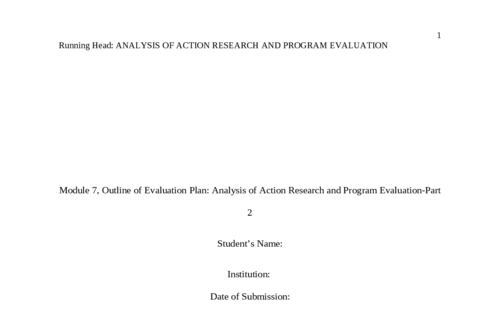 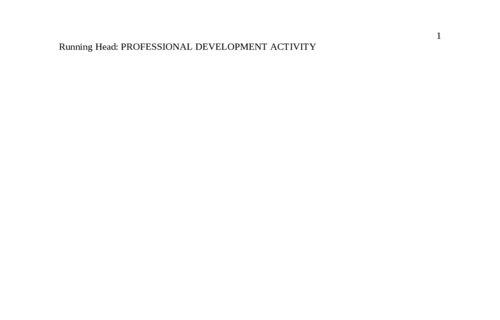 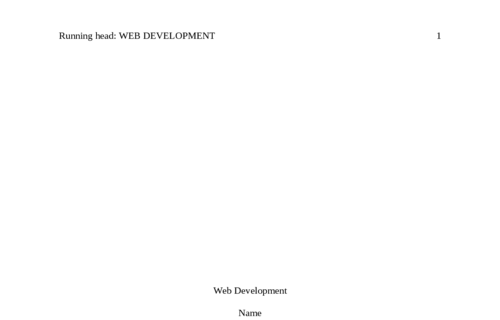