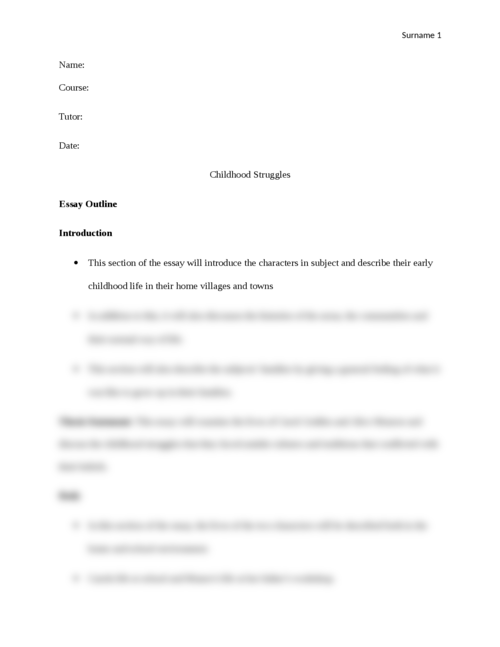 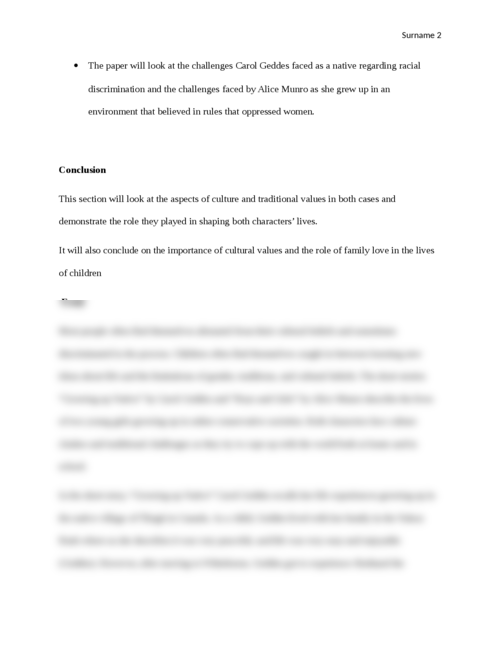 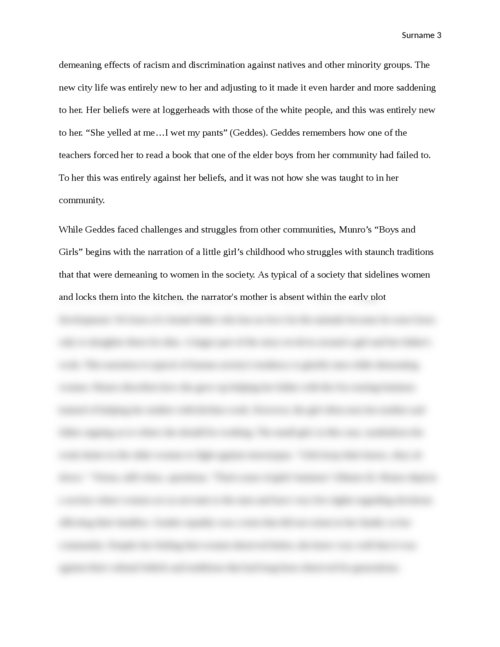 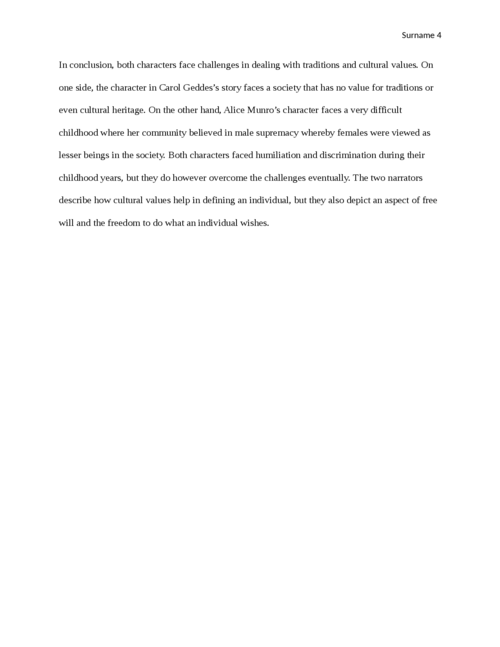 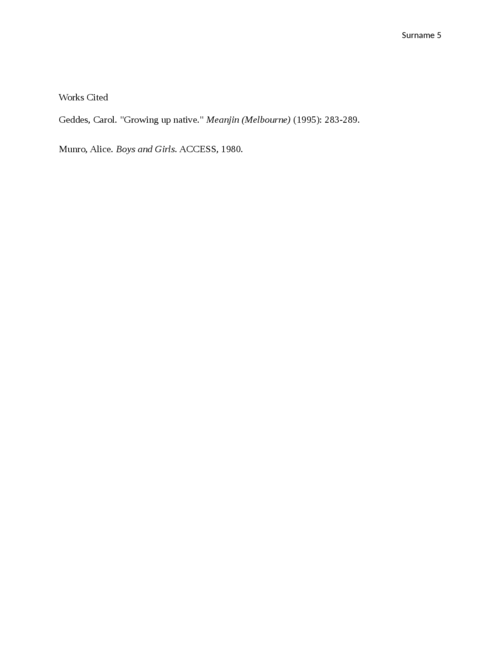 Several of the above writers discuss their childhood struggles.  Write an essay exploring how they find themselves caught between generations, genders, cultures, perceptions, and values.

Use specific examples from at least two articles (from the above list) in your essay. Use quotations from the short stories in your body paragraphs to develop your ideas.

Most people often find themselves alienated from their cultural beliefs and sometimes discriminated in the process. Children often find themselves caught in between learning new ideas about life and the limitations of gender, traditions, and cultural beliefs. The short stories “Growing up Native” by Carol Geddes and “Boys and Girls” by Alice Munro describe the lives of two young girls growing up in rather conservative societies. Both characters face culture clashes and traditional challenges as they try to cope up with the world both at home and in school.

In the short story, “Growing up Native” Carol Geddes recalls her life experiences growing up in the native village of Tlingit in Canada. As a child, Geddes lived with her family in the Yukon Bush where as she describes it was very peaceful, and life was very easy and enjoyable (Geddes). However, after moving to Whitehorse, Geddes got to experience firsthand the demeaning effects of racism and discrimination against natives and other minority groups. The new city life was entirely new to her and adjusting to it made it even harder and more saddening to her. Her beliefs were at loggerheads with those of the white people, and this was entirely new to her. “She yelled at me…I wet my pants” (Geddes). Geddes remembers how one of the teachers forced her to read a book that one of the elder boys from her community had failed to. To her this was entirely against her beliefs, and it was not how she was taught to in her community.