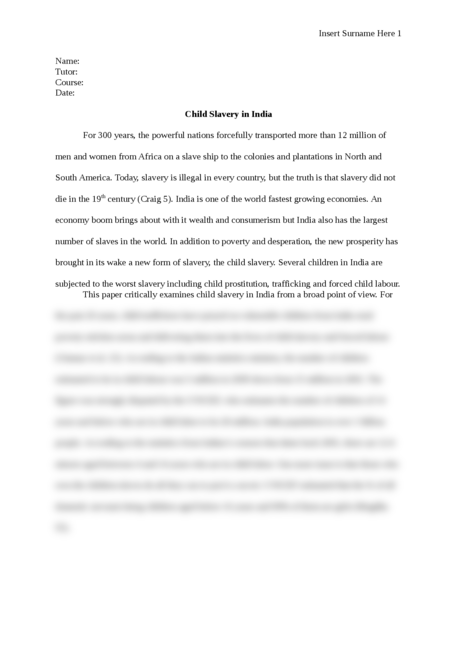 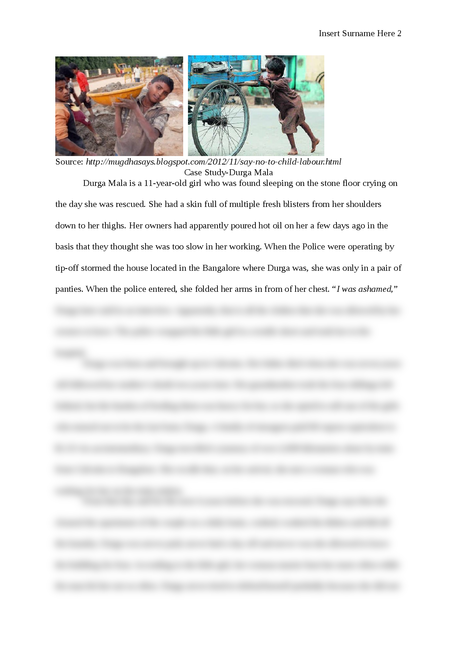 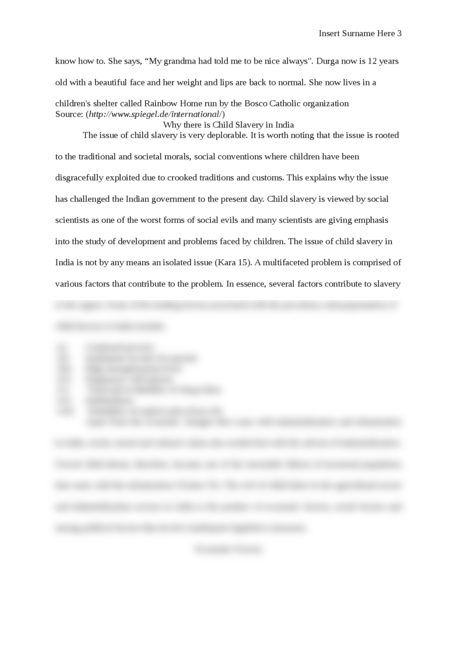 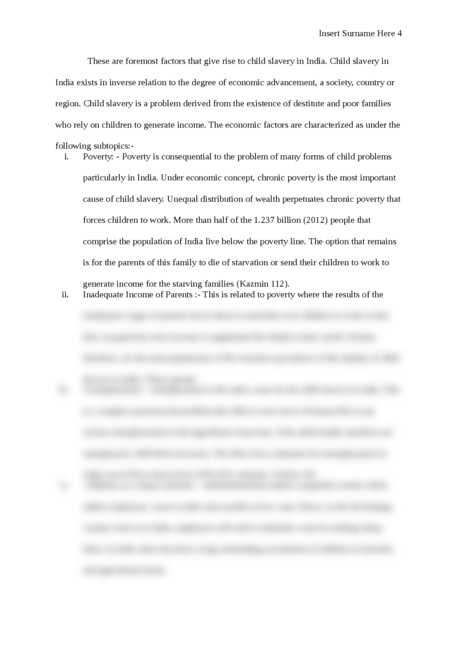 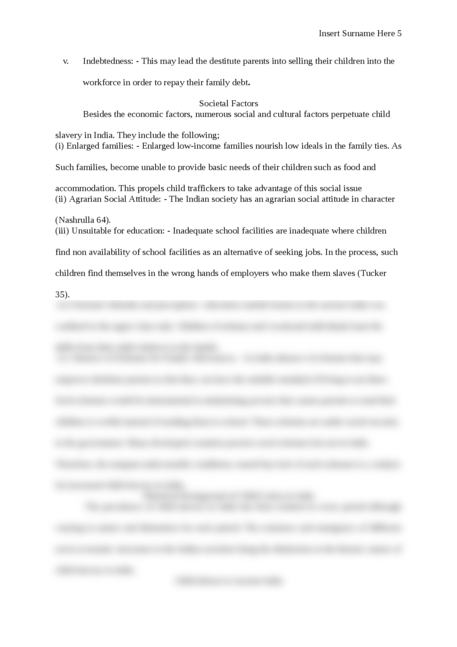 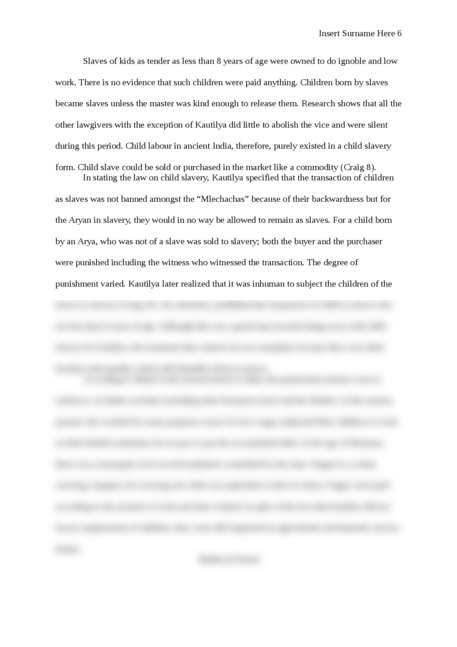 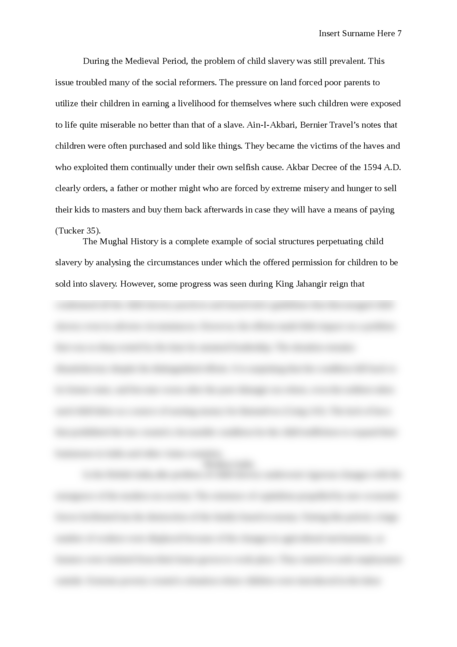 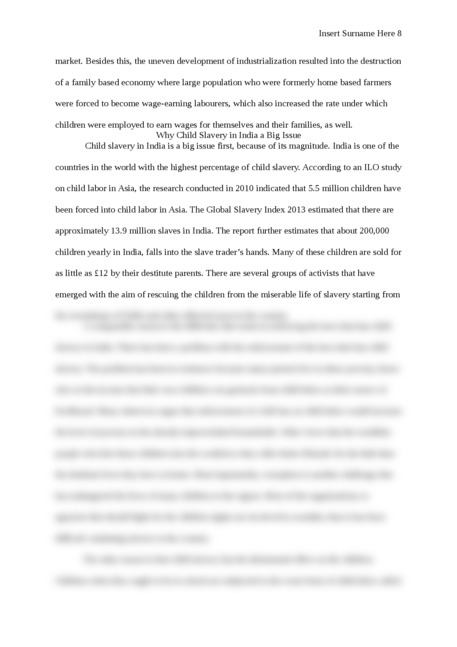 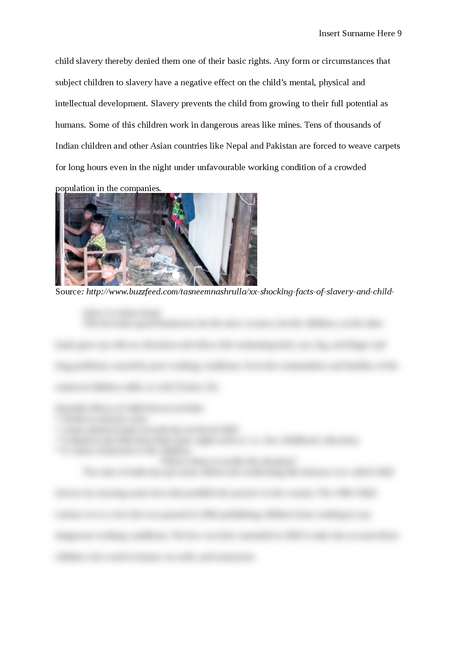 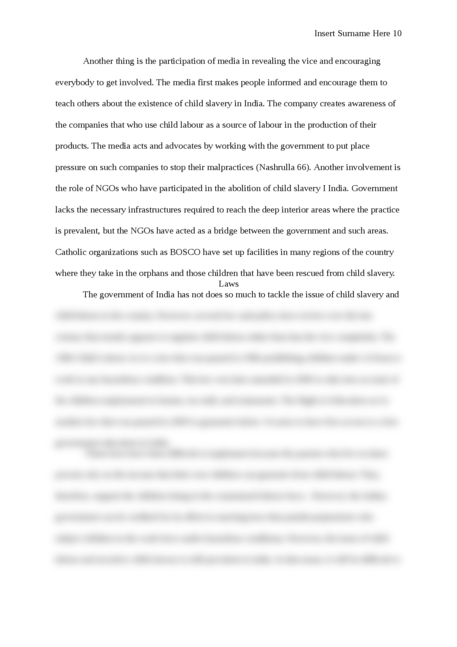 Also include charts of the Indian Child Slavery. Did it increase or decrease by the pass years.

For 300 years, the powerful nations forcefully transported more than 12 million of men and women from Africa on a slave ship to the colonies and plantations in North and South America. Today, slavery is illegal in every country, but the truth is that slavery did not die in the 19th century (Craig 5). India is one of the world fastest growing economies. An economy boom brings about with it wealth and consumerism but India also has the largest number of slaves in the world. In addition to poverty and desperation, the new prosperity has brought in its wake a new form of slavery, the child slavery. Several children in India are subjected to the worst slavery including child prostitution, trafficking and forced child labour.

This paper critically examines child slavery in India from a broad point of view. For the past 20 years, child traffickers have preyed on vulnerable children from India rural poverty stricken areas and delivering them into the lives of child slavery and forced labour (Ommar et al. 23). According to the Indian statistics ministry, the number of children estimated to be in child labour was 5 million in 2009 down from 15 million in 2001. The figure was strongly disputed by the UNICEF, who estimates the number of children of 14 years and below who are in child labor to be 28 million. India population is over 1 billion people. According to the statistics from Indian’s censors that dates back 2001, there are 12.6 minors aged between 4 and 14 years who are in child labor. One more issue is that those who own the children slaves do all they can to put it a secret. UNICEF estimated that the ¾ of all domestic servants being children aged below 16 years and 90% of them are girls (Mugdha 55).