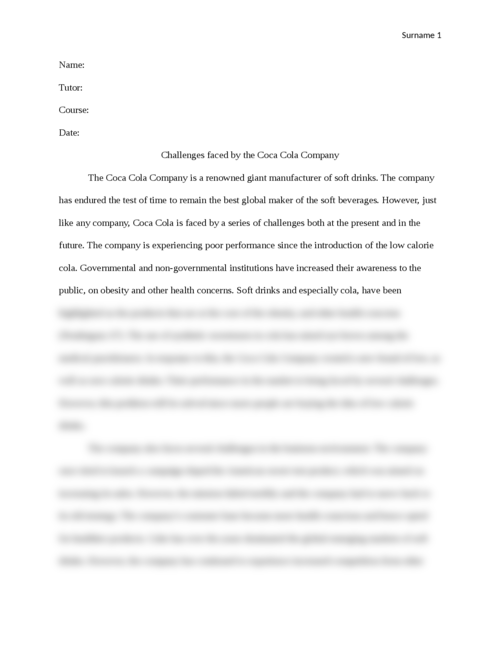 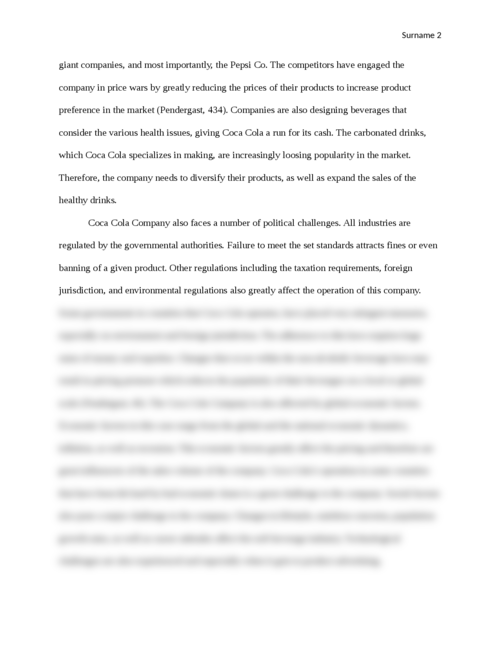 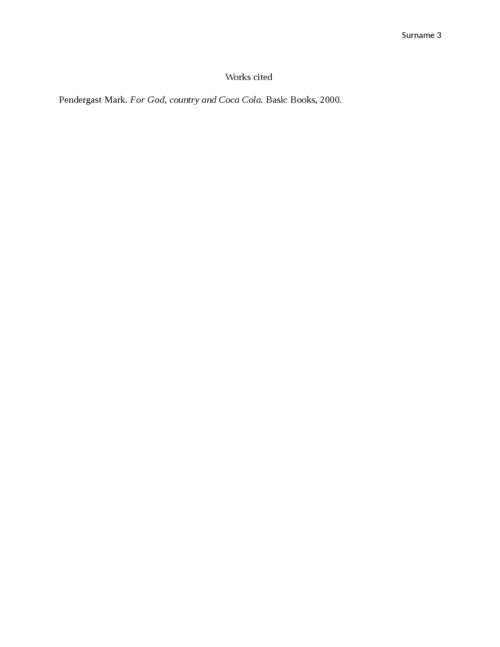 Write a paper on Challenges faced by the Coca Cola Company

The Coca Cola Company is a renowned giant manufacturer of soft drinks. The company has endured the test of time to remain the best global maker of the soft beverages. However, just like any company, Coca Cola is faced by a series of challenges both at the present and in the future. The company is experiencing poor performance since the introduction of the low calorie cola. Governmental and non-governmental institutions have increased their awareness to the public, on obesity and other health concerns. Soft drinks and especially cola, have been highlighted as the products that are at the core of the obesity, and other health concerns (Pendergast, 67). The use of synthetic sweeteners in cola has raised eye brows among the medical practitioners. In response to this, the Coca Cola Company created a new brand of low, as well as zero calorie drinks. Their performance in the market is being faced by several challenges. However, this problem will be solved since more people are buying the idea of low calorie drinks.